Booking.com
Expedia
ZenHotels.com
View all 8 deals
Prices are the average nightly price provided by our partners and may not include all taxes and fees. Taxes and fees that are shown are estimates only. Please see our partners for more details.
Sightseer787380
3

Second stay at the hotel and everything lived up to expectations. Absolutely lovely. As for the manageress Eleni - marks out of 10 - 11 - brilliant.
Well worth hiring a car for a few days (Eleni can arrange) to explore some of the wonderful island

See all 328 reviews
Nearby Hotels 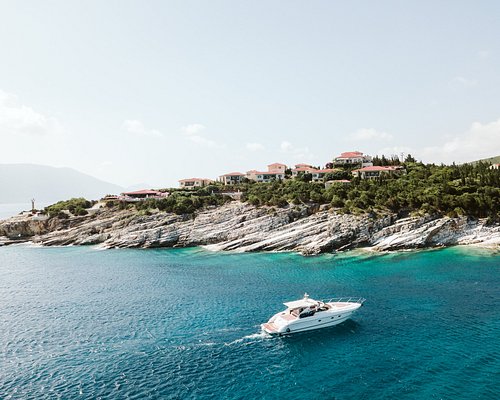 Breakfast included
Emelisse Nature Resort
US$262
Booking.com
View deal
Reserve now, pay at stay
Expedia
US$262
Trip.com
US$262
Hotels.com
US$262
View all 8 deals from US$262
721 reviews
0.9 km from Almyra Hotel
We compared the lowest prices from 8 websites 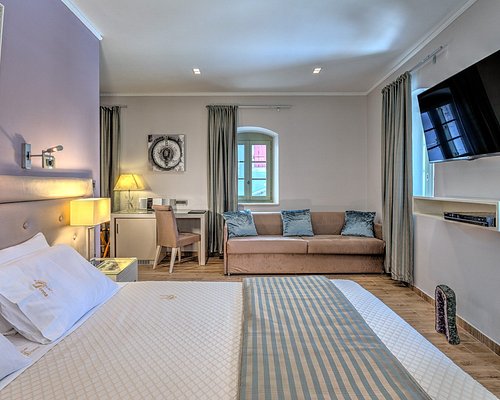 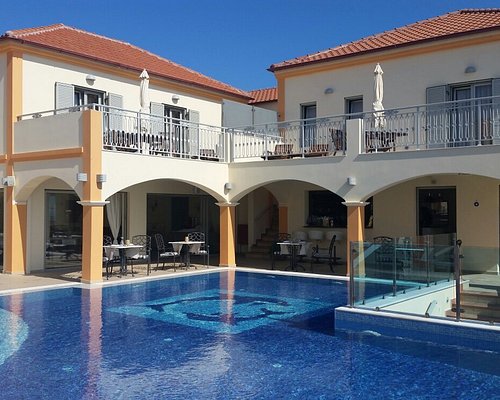 Just had the most wonderful stay at this hotel. Even prior to arriving the care and professionalism was evident when my booking agent cancelled my reservation by mistake. Most hotels would just accept that but most hotels don’t have Elina on front of house. She took the trouble to call me in the UK to double check. It was a mistake and she resolved it immediately. Just what you need in a stressful situation. We stayed in a lovely sea view room, great bed and shower, peaceful too!!
Good buffet breakfast. Ten minute stroll into Beautiful Fiskardo, fab restaurants and cafes. We loved every minute of our week here and wished we could have stayed longer.
Thank you Elina for your kindness to my family we will be back one day.

This review is the subjective opinion of a Tripadvisor member and not of TripAdvisor LLC.
tomsam
Southport, United Kingdom
363191
Reviewed 14 September 2021 via mobile
Absolutely superb yet again

Yet again the hotel , staff and view have blown us away . We are lucky to haves stayed a few times at this beautiful hotel but feel I should tell people yet again about how fabulous the hotel is . From arrival to finish our holiday was superb abs cannot thank Eleni and the team enough . Cannot wait to visit again

Room tip: Room 107 has a very large balcony with 2 sun loungers and table and chairs with a superb view
Trip type: Travelled as a couple
Ask tomsam about Almyra Hotel
Thank tomsam

This review is the subjective opinion of a Tripadvisor member and not of TripAdvisor LLC.
grandadjack
Chester-le-Street, United Kingdom
2062
Reviewed 30 August 2021
A Welcome Return

My wife and I eventually managed to return to the Almyra for first time since June 2019 for two weeks. The welcome we received off Eleni was so warm and welcoming and felt as if we hadn’t been away that amount of time. We were disappointed to notice Jacob and Marrianna had left as well as one of the house-keeping staff but hey, Pavlo (Paul) and Thorvorish (Tayo) did ok in the two bar areas and the lady who replaced the house-keeper was very pleasant.

Regards COVID, we felt safe at all times and there was more of a problem with wasps, albeit this was a problem on the entire island and not confined to the Almyra or Fiskardo. Breakfast was the usual and more than adequate for that time of day. COVID testing prior to flying back wasn’t a big issue as you could make arrangements to be tested in Fiskardo at the Medical Centre. I understand in some cases, Eleni and Elina made prior arrangements for some of the guests, which proved very helpful for them.

There had been some nice improvements to the hotel’s exterior since we were last there in the form of a metallic gazebo with mechanically operated slat roof on the upper landing level beside the end of pool stairs. There was also a new canopy installed along the length of the external dining/seating area.

All restaurants in the marina were open and there was an ever changing presence of yachts and super yachts. It was great to be back!! Eleni and Tayo continue to do the shuttle bus operation from the Almyra to marina and vice-versa. If you prefer a taxi outside of the designated pick-up times, it’s still 4 Euros. Having mentioned taxis, Eleni still arranges the airport pick-ups using Fiskardo taxis and the price is still 80 Euros each way.

I noticed there was a higher presence of other European nationalities staying at the hotel this time than previous, as well as Greek. A nice mix overall. There were also more families staying but you can expect that during school holidays I guess. We normally stay in June or September.

Overall, we had an excellent two week stay and as usual, Eleni is the mainstay of the hotel. She works tirelessly to ensure she makes everyone’s stay so welcoming. Nothing is too much for her!! Having praised Eleni, the other staff members contributed to our excellent stay in a nice way too. We are certainly hoping to return next year.

This review is the subjective opinion of a Tripadvisor member and not of TripAdvisor LLC.
mel602014
Newcastle upon Tyne, United Kingdom
7252
Reviewed 22 August 2021 via mobile
Even better than we remembered !

Another fabulous stay at this hotel it only gets better ! We had to cancel our booking last year so being able to get this year was amazing .
Eleni Teo & Paul made our stay even better nothing being too much trouble. We were here with family and had the executive suite on the top floor it was fantastic with beautiful views over to Ithaca.We can’t praise this hotel enough and will all be returning again in the near future.

This review is the subjective opinion of a Tripadvisor member and not of TripAdvisor LLC.
Q9018YOlucyr
3
Reviewed 19 August 2021 via mobile
Fabulous hotel, wish we were back already

Absolutely loved our stay in this hotel! Spacious bedroom, lovely pool with plenty of loungers and excellent breakfast. All of the staff were great and Eleni was so accommodating when we had to move our booking so many times due to covid. Also big shout out to Paul for his great service at the pool and recommendations around the island!

This review is the subjective opinion of a Tripadvisor member and not of TripAdvisor LLC.
View more reviews
PreviousNext
123…
<script type='text/javascript' crossorigin='anonymous' async o