US$129
US$102
View deal
eDreams
ExpediaUS$129
FindHotel
View all 7 deals
Prices are the average nightly price provided by our partners and may not include all taxes and fees. Taxes and fees that are shown are estimates only. Please see our partners for more details.
Cheryl-Ann M
15

Review of Tawali Resort
Reviewed 26 May 2019 via mobile

Had a great stay. Staff were great in particular penny, Gilbert and peter. Food was good and good chef. A lot of Tuna. But it is caught locally so very fresh. Not a lot of assortment of veg which I missed. Picnic and snorkling was a great outing as was visiting the waterfall. Beds were good. Tv wouldn't work for us but we had a lot of reading material and so tired it didn't matter. Wi fi available in lounge dining area. Management straff George and Nosaki were very welcoming. Have to say a special thanks to all staff who tried to find a national friend in Alotau we hadn't seen for 40 years. Archie our driver who in the end found her and to Nosaki who took us to her, went away for awhile and came back to get us. Thankyou very much all staff were great and understanding of some of our difficulties A great four day break for us old Maris.More 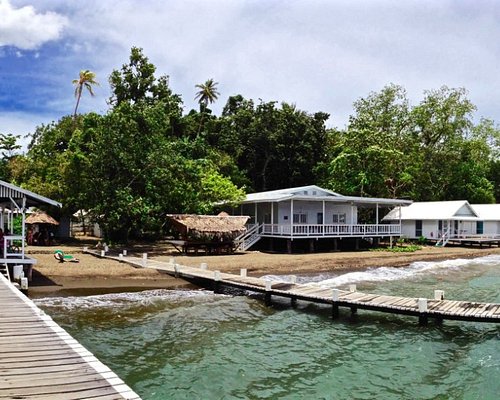 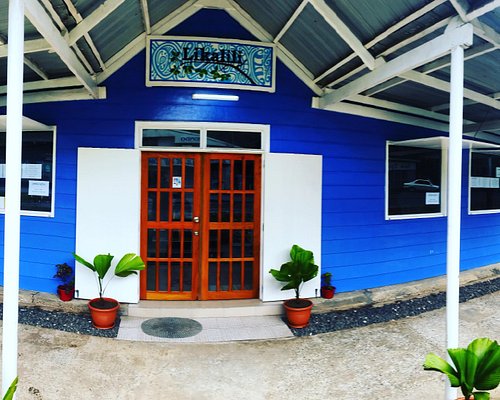 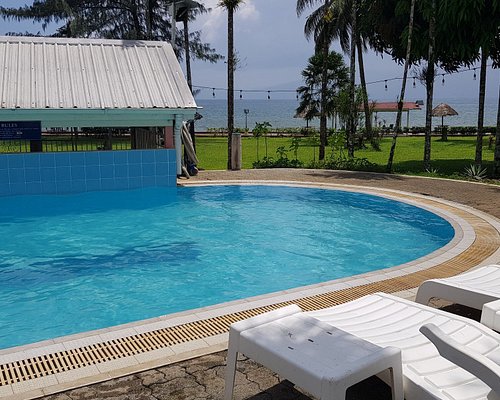 We tested Tawali's staff and processes right at the beginning. Three days before our Port Moresby trip, my wife and I decided that we did not want to stay in Port Moresby for longer due to the restrictions following security best practices. Hence, we spontaneously rang up Tawali at 7.30pm and they confirmed to answer all relevant question by email. Within 12 hours we had questions answered and within 24 hours it was a done deal. Very good booking experience!

The staff was very helpful, from booking before the trip throughout our visit over in Papua New Guinea. All people are nice and smiling and it's a very friendly atmosphere. The concept with dive boxes is very good as well and helps to have your things sorted. The day trip diving boats were comfortable and clean as the entire resort.

Really, it was a very pleasant experience to stay in Tawali!

The diving was fun, too. Nature seems to be pure in Milne Bay. From the green hills to the blue ocean. Beautiful coral and smaller reef fish in abundance. Incredible underwater landscapes. My absolute favorite was 'Deacon's Reef' as the walls are filled with coral and we had some 40m viz. Just incredible! I'll let the photos do the rest. ;-)

P.s. I rated value average, because the resort and PNG as such is a bit pricey. You may get close to the experience in Indonesia with half the price. However, I don't regret the trip. It was nature (and people) at it's best!

This review is the subjective opinion of a Tripadvisor member and not of TripAdvisor LLC.
Oberreifenberg
Frankfurt, Germany
227
Reviewed 27 February 2019 via mobile
Very good

For diving and sleeping is this a very good resort. Albert was my dive guide and he is a really good dive guide. I saw many big and small sizes. The mix is nice.
Only the bird guides were very sad Gilbert knows nothing about birds and Michael may be 1%. The food was good, but expensive.
The room was absolute clean and we felt save during our stay.

We think about to come again to this resort

This review is the subjective opinion of a Tripadvisor member and not of TripAdvisor LLC.
Grace A
22
Reviewed 6 November 2018 via mobile
Adventure + Friendly People = Priceless

Never imagine I would be able to enjoy this alone time. Came at this place without any agenda but once there the tours and adventures they offer leaves nothing but wonderful memories. Thank you Tawali for a wonderful place, friendly staff and outrageous, breathtaking place.

This review is the subjective opinion of a Tripadvisor member and not of TripAdvisor LLC.
Kathleen K
13
Reviewed 30 October 2018
Snorkel Heaven

Loved everything about Tawali, the people, the sea, the accommodation, the staff and the activities. Gilbert was a great guide and the visit to the village was a highlight for me. I loved talking with Gilbert and finding out heaps about local life.

Alfred was a great Dive Master although I snorkeled only. Alfred knew exactly where to go and what to find. Both Alfred and Gilbert were patient and understanding with us older and inexperienced snorkelers. The Coral Gardens and Lawadi were just beautiful..we met some other great folks who were very happy with the diving.

I enjoyed talking with Edward, the manager, and all the other staff who went out of their way to make us comfortable. My partner John and I had such a good time that when we came back to OZ we straight away booked another holiday in March 2019. It is expensive, but hey, its a privilege to be a part of life there even for such a short time...and folks have to earn a living!

This review is the subjective opinion of a Tripadvisor member and not of TripAdvisor LLC.
372jannys
Dallas, Texas
1627
Reviewed 30 October 2018
Beautiful water and armed robbery too!

We stayed three nights at Tawali in late August 2018. The staff was friendly. The rooms were clean. The food was not very good.

My husband and I did two dives one afternoon. We rented equipment from the resort and they warned that it was second hand and sometimes not in the best of repair. On my first dive, my regulator leaked throughout the dive and when I tried to switch to my secondary air source, it free flowed, wouldn't stop, and blew my mask off. I had to make an emergency ascent, but fortunately, we were not too deep. The dive master changed the regulator for my second dive and then I was able to enjoy the gorgeous corals and sea life.

After three days visiting local sites and celebrating the beautiful waters near the resort, we were gathered in the dining room with all the other guests for dinner. That's when a band of armed robbers entered the room and proceeded to hold us all hostage for over an hour. They took computers, phones and cash from the guests, the buffet dinner and the liquor from the bar. They also repeatedly tried to break into the hotel safe.

Several guests were singled out to leave the dining room with the robbers and two young women were held at gunpoint while the robbers spoke over a radio trying to find the hotel's manager to gain access to the safe. After they fired two shots over the head of one woman, the other asked for the radio and asked the manager to please bring the key so that no one would be hurt. We found out later that this resort had been robbed in a similar manner the year before and were told that the manager had been hiding to try to keep the robbers from getting the key to the safe.

It was a terrifying experience, especially when I was first pulled out to leave the dining room with the robbers. (They shortly sent me and another woman back to join our group saying we were "too old"--never have I been so glad to be described as such!)

Once we heard their boat(s?) pull away, we went in search of the guests who had been taken away and were very grateful to find that none had been harmed. The hotel called the police, but they never came to take any statements. They claimed instead that they were going to pursue the robbers (in the dark? along a dark coastline?)

Given that the resort is located on a remote peninsula, it is easy to understand that it presents an easy target. This doesn't, though, excuse the resort from not sharing news of the earlier robbery with tour organizers so that they could decide if they wanted to take a risk on sending guests there. It's too bad because all that makes the resort vulnerable is also what makes it an appealing place to stay. Still, I feel future guests should be warned that there are very definite risks in choosing Tawali (or any similar resort on the coasts of Papua New Guinea).

This review is the subjective opinion of a Tripadvisor member and not of TripAdvisor LLC.
View more reviews
PreviousNext
1234…
<script type='text/javascript' crossorigin='anonymous' async oner