Trip.com
Agoda.com
Prices are the average nightly price provided by our partners and may not include all taxes and fees. Taxes and fees that are shown are estimates only. Please see our partners for more details.
Jamoldo
Hong Kong, China
6241

Troy at Front Desk was fantastic; Rooms ok for a night

We didn't plan to stay in Petersburg but had to due to an issue with our car that could only be fixed in the morning. The lobby area was nice and check-in took some time because it was crowded (due to travelers and locals who were staying due to power outages in the area). The lobby seemed nice and a comfy place to relax for a bit. Troy, at the front desk was very friendly and helpful despite being swamped.

The room itself was ok, and we had some issues, such as smell of stale smoke. Honestly, because it was one night we didn't really care since it was clean enough. But we did call the front desk and Troy came up as soon as he could. We mentioned that we didn't care much about the smell (though others might), but wanted to bring it to his/management's attention because we didn't want to get fined in case management thought that we were smoking in a non-smoking room (we don't smoke, period).

Troy came in and was genuinely very apologetic. More so than one would normally expect and in a personal sort of way. He also offered to see if he could change our room and we said, no worries, and left it at that.

Heads up to management: Troy is a great guy.More

Thank you for taking the time to give your review. Your feedback is always appreciated!

Report response as inappropriateThank you. We appreciate your input.
This response is the subjective opinion of the management representative and not of TripAdvisor LLC
See all 598 reviews
Nearby Hotels 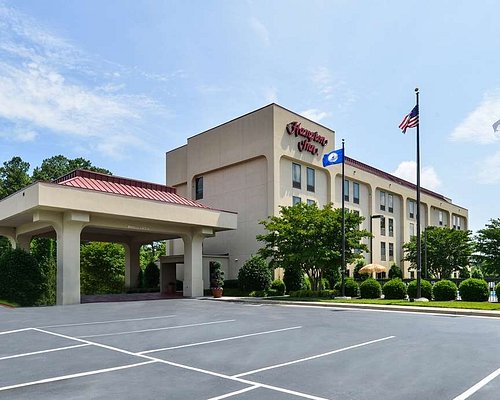 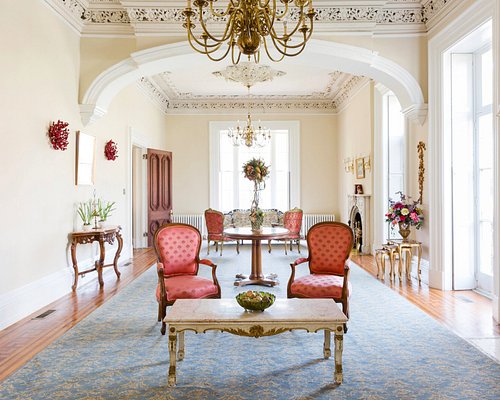 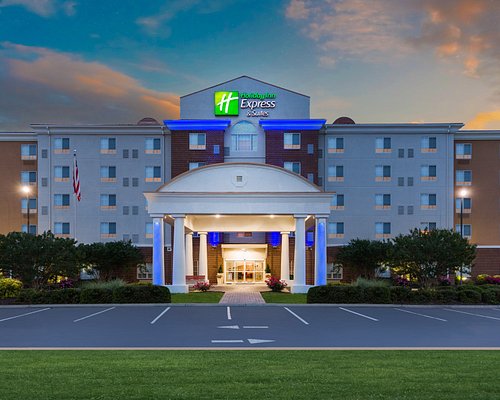 Heater was so loud that watching tv was impossible and it interrupted our sleep. Security hasp on door was extremely loose and about to fall off. NO heat in hallways. Definitely sub par for an $85/ night accommodation !!! Booked room with king bed. Attendant stated there were no more rooms with king beds however Price Line showed 8 available !!! RIP OFF !!!!! Wish I could submit videos of noise level in the room.

Thank you for reaching out and writing your review. We are sorry you were not satisfied with your room accommodation at the undefined. We will review the condition of your rooms A/C noise with our maintenance staff to ensure our guest rooms are up to brand standards.

Report response as inappropriateThank you. We appreciate your input.
This response is the subjective opinion of the management representative and not of TripAdvisor LLC
Ready2trvlfmly
1
Reviewed 7 February 2021 via mobile
Run far away

This hotel is awful. The absolute worst place my family has ever stayed. Unfortunately we booked this hotel for 4 nights. It was the worst 4 nights ever. The rooms smelled like stale cigarette smoke. The condition of the room was very poor (messy paint job to cover up the crap quality of everything, mold in the shower, sharp bumps in the shower that fell like needles stabbing into your foot, torn & stained carpet, a hvac system that sounds like a mac trick when it's running, small room). All 4 nights no one had a hot shower as the water temperature was continuously luke warm. The wifi is awful (my child couldn't do his virtual classwork because the wifi connection was awful). The bed was as hard as a rock (we couldn't sleep and left stiff and sore with backaches). We travel a lot and this is #1 on our list of worst hotels we've stayed at. Please do not stay at this hotel, run very far away and find another hotel to stay at. I really regret booking this hotel.

Thank you for reaching out and writing your review. We are sorry you were not satisfied with your room accommodation at the undefined. We will review the condition of your room smelling of smoke, and the noise from A/C as well as the condition of the bathroom with our maintenance staff to ensure our guest rooms are up to brand standards.

Report response as inappropriateThank you. We appreciate your input.
This response is the subjective opinion of the management representative and not of TripAdvisor LLC
woodysdaune
Fishersville, Virginia
6
Reviewed 10 December 2020
Book it!

I have been staying here weekly for work for 6 weeks now and my stay is always pleasant. My room is clean. Huge key is it is always quiet no matter which floor I am on. Terrell greats me every week I check in by name and is the perfect person to represent this hotel. Terrell is always in a great mood and has a smile on his face. Time to make him head of guest services!

Thank you for taking the time time to write your review. We are glad to see you enjoying with us.

Report response as inappropriateThank you. We appreciate your input.
This response is the subjective opinion of the management representative and not of TripAdvisor LLC
j5s1v2
Shoreham, New York
2513
Reviewed 15 October 2020 via mobile
Ourstanding

We were traveling from Maine to Florida in mid September and normally stay in Holiday Inn Express. For whatever reason, I can't recall, we could not so with a wing and a prayer we booked a room in this hotel. Absolutely the most comfortable bed and best night sleep in any hotel in any place at any time. The common area was Immaculate and our room was as well. Four comfy squishy pillows on each of the double or queen beds in our room. Very nice soft linens and a nice bathroom as well with good water pressure and lots of hot water. Highly recommended.

Thank you for taking the time to write your review. Happy to see you had a great stay. Look for to seeing you in the future.