Agoda.com
FindHotel
Trip.com
View all 8 deals
Prices are the average nightly price provided by our partners and may not include all taxes and fees. Taxes and fees that are shown are estimates only. Please see our partners for more details.
Tom D
1

Review of The Grove
Reviewed 16 June 2021 via mobile

Had a glorious meal in the restaurant at the Grove. The food was fantastic and the staff were warm, kind and caring, they made us feel very welcome and looked after us really well.

The menu is fantastic and we would highly recommend going there for a meal. Lovely setting, and a lovely atmosphere. We couldn’t fault our evening.

Well many thanks for such a lovely review. It was great to see you and we look forward to welcoming you through the gate again soon.

Report response as inappropriateThank you. We appreciate your input.
This response is the subjective opinion of the management representative and not of TripAdvisor LLC
See all 981 reviews
Nearby Hotels 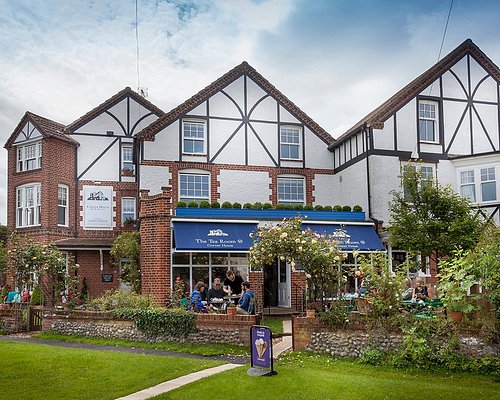 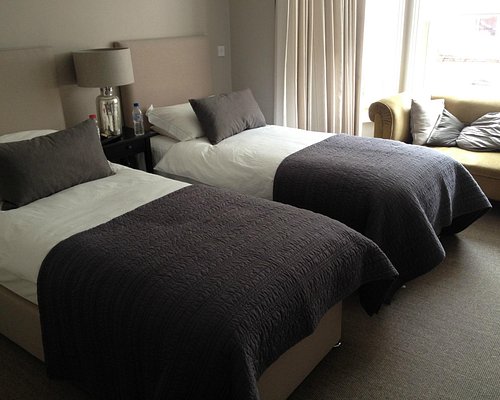 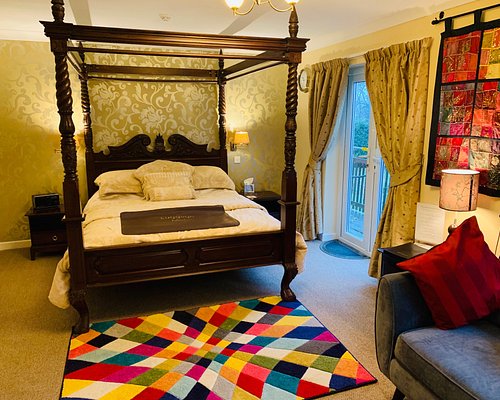 Appalling Admin - we booked (via email) for August. They made a mistake & made a reservation for July.
When I flagged this to them, they tried to offer me a place for half the size on the wrong dates. They now won't return deposit.
No apology - despite email trail clearly stating the August dates in title.
We now have no holiday (as everywhere else fully booked now) & lost deposit.
Double-check all the paperwork as their admin is sloppy & their customer service terrible.

I was happy to continue a dialogue with you privately, but as you've now left a horrible review that I need to address it's probably easier all round if I just paste a precis of the emails that I sent you yesterday.

We made an error in dates initially, quoting July instead of August on an email dated 28th January. However, you then agreed to this and paid a deposit for these dates, and we then sent you a confirmation with the July dates outlined on Sunday 31st January. There was ample opportunity to realise the mistake at this stage; it’s exactly why we send confirmation emails which say, right at the top: “If the details of your booking are not correct please let us know straightaway.”

TWO MONTHS later you then sent us an email querying the dates, to which we replied on 8th March saying that the August dates were no longer available.

There was then a telephone conversation in March during which we found you some acceptable dates and moved your reservation over to August. The dates were clearly acceptable because, well, you accepted them.

The next correspondence we received was in April when you asked us for some advice on 'secret accommodation.' We had a look on Airbnb for you - at 'rival' establishments of course - and found a couple of places but you didn’t reply to our email.

We have now, FOUR MONTHS after booking the August dates, received your email asking for a refund.

As it stands you do have a holiday in August booked with us; a family room for two nights from 21st.

We are more than happy to move this reservation again or to retain the deposit for use against a future stay. This means that we will try very hard to make sure you will not lose your money, but our terms and conditions are very clear that deposits are non-refundable.

Report response as inappropriateThank you. We appreciate your input.
This response is the subjective opinion of the management representative and not of TripAdvisor LLC
shirabrooke
Essex, United Kingdom
102
Reviewed 5 June 2021
Gorgeous hotel

We absolutely loved this hotel. Our room was so gorgeous in one of the cabins. The wildlife and plant around the grounds of the hotel made it feel like a little paradise. We booked the pool beforehand and had it all to ourselves! We also ate at the Sundown restaurant which was another highlight of our stay.

Thanks so much for your kind words; nice reviews always mean so much to my excellent staff so it was lovely to read your thoughts.

Very best wishes and we look forward to seeing you again soon.

Report response as inappropriateThank you. We appreciate your input.
This response is the subjective opinion of the management representative and not of TripAdvisor LLC
northnorfolkgal
Norfolk, United Kingdom
165
Reviewed 2 June 2021
Sundown tapas

I visited two weeks ago and was so impressed that I booked again for last night. The food is to die for and there is plenty of choice, even for the fussiest of eaters. This hidden gem must become a permanent fixture as it’s definitely a hit with us locals!

Thank you for taking the time write and for your kind words. I'm so pleased you enjoyed Sundown - and we're already looking forward to seeing you again!

Report response as inappropriateThank you. We appreciate your input.
This response is the subjective opinion of the management representative and not of TripAdvisor LLC
C6374ETneild
1
Reviewed 2 June 2021
Sundown

5 star all the way made to feel comfortable amazing hospitality and food was brilliant, going to visit again and again thank you staff at the grove. Will be bringing family and friends and most definitely spreading the word about this awesome venue.

Many thanks for you very kind review; we are really pleased with Sundown as another string to our restaurant bow.

I'm really delighted you enjoyed the meal and many thanks again.

Report response as inappropriateThank you. We appreciate your input.
This response is the subjective opinion of the management representative and not of TripAdvisor LLC
tauber2015
Stoke-on-Trent, United Kingdom
185
Reviewed 1 June 2021
Afternoon Tea

A delightful afternoon Tea using a gift voucher from friends in Cromer.Although our Time slot was booked for 3 pm we arrived rather early.It was a pleasant surprise when we were shown to a table straight away.Will be returning again in August for another afternoon Tea

It's always good to hear positive feedback about our afternoon tea as we have worked expectionally hard on this over the past couple of year; Reis our head chef and Bailey, our pastry chef, are first-rate and are always coming up with tweaks and improvements to make the experience as good as possible.

So many thanks and we look forward to seeing you again soon.

Report response as inappropriateThank you. We appreciate your input.
This response is the subjective opinion of the management representative and not of TripAdvisor LLC
View more reviews
PreviousNext
1…456…