Lovely clean well kept aps always clean bedding and towels changed every two days very close to harbour and beach and centre of town. Tomeu wife and staff always very friendly and helpful couldnt call the apartment at all
The only drawback to me was the pool area was taken over most days at 3pm by the local spanish with all the kids running round also when time to come home for transport time was told about 10 am waited till 10-36 had asked Tomeu 3 times about it when i asked for help more or less got a shrug of the shoulders i ran to the bar citrus asked Paul and Dawn for help and was taken to airport otherwise still be in mallorca Just think Tomeu should be able to contact and find out the pick up times or tell you how to When i asked at the desk in Palma my pick up time was 8-40 .Just brought a sad ending to a beautiful stay hereMore 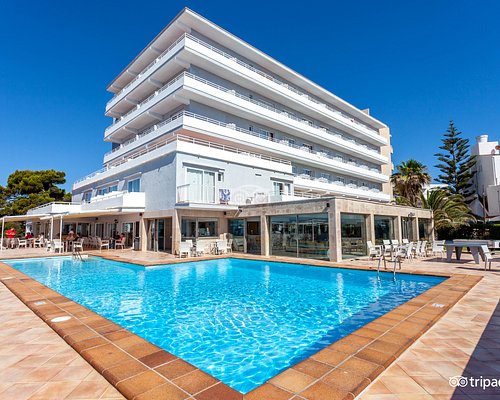 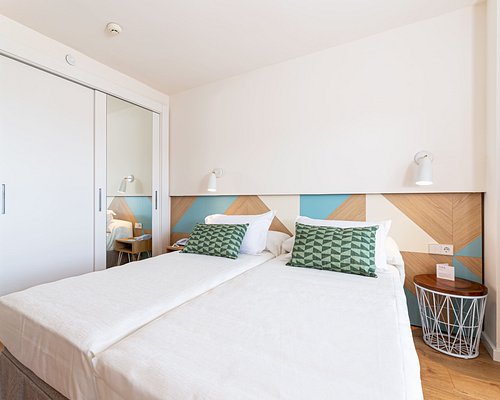 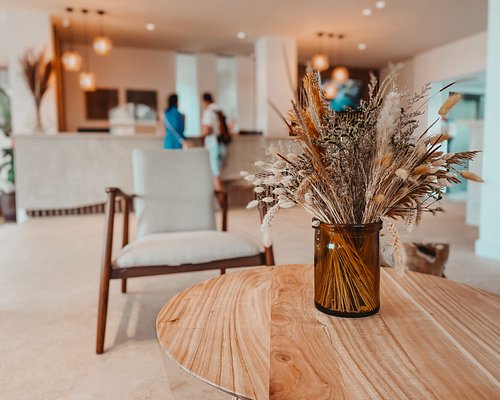 First of all we try to be fair and take into account that this is only a 2 key hotel but the clue is in the wording "self catering" so we did expect the basics. No kettle or toaster, there was a microwave but this only worked when it felt like it. We have been self catering lots of times and this is the first time we haven't been supplied with a kettle and yes we did buy one - when we unplugged it on the last day the whole of the socket fell off the wall and broke, exposing live wires.
We were practically forced into having a security box at a cost of 15euros - the reason, the key was on the same ring as the apartment key!!! We then had a short lesson on not wasting electricity, water and not leaving the TV on standby, as he Tomeu (pronounced Tommy) had to pay the bills. We did ask about a kettle but never did get an answer. Tommy was the only one in the hotel who spoke a little English - not complaining as perhaps we should learn a bit of Spanish, but this did make it a little difficult sometimes. We did have a decent balcony, unfortunately this overlooked the road and in turn was overlooked by a rather large hotel - so absolutely no privacy - if you do decided to stay here ask for an apartment at the back of the hotel. The room was clean but did smell musty every time you walked in. Bedding changed and fresh towels every day. The pool is small, which we knew and most of the time we were the only ones having a quick dip apart from some non-residents. There didn't seem to be many people in the hotel although seemed to do a bit more trade in the evening for meals. We did eat in the hotel once and although we only had a simple one it was very nice.
The day before we left the apartment above ours had a leak and this flooded our living area - we were promised that if it wasn't fixed in 1 or 2 hours we would be moved. Sat around the restaurant, pool area for 4 hours before being allowed back in - no apology.
Would we go back to this hotel - DEFINITELY NOT - shame really as with a few tweaks it could be fine. We picked this hotel because of the size only 14 apartments and the very good reviews. Close to the sea but no beach.
Porto Colom is very nice, although very quiet, so if you are looking for night life, this is not the place for you. I expect most of the entertainment is found in the larger hotels.

Room tip: ask for the side or back rooms
Ask Tony M about Bella Maria
5  Thank Tony M

This review is the subjective opinion of a Tripadvisor member and not of TripAdvisor LLC.
radovan k
Blackpool, United Kingdom
714
Reviewed 13 June 2015
Quick Break

I and my wife had a pleasant experience at this hotel, its cleanliness was of the highest standard, we could find nothing to criticize. The hosts and staff were welcoming and pleasant, and a couple of minor issues in the apartment were resolved quickly.
We found the hotel / area to be quiet and peaceful - which is what we wanted.
The hotel did not offer entertainment, but we did not find this a downside.
Waters edge about 100 meters away, but not a sandy beach.
Porto Colom VERY quiet with not much going on, again not a downside for us.
All in all a pleasant week, made good by the hotel

This review is the subjective opinion of a Tripadvisor member and not of TripAdvisor LLC.
Denise curran F
5315
Reviewed 9 May 2015
Wonderful holiday hotel

Have just stayed at Bella Maria for a weeks holiday and had a wonderful time. Tomeu and Maria are great hosts and they really look after you. The rooms were nice and clean and the beds OK.
Everything can be ordered from the hotel; car rental, boat trips, hiking trips etc. There was not a thing they didn´t fix for there quests. The food was good and cheap. The only down side was that there was no veiw from the hotel. The port is 50 m from the hotel and a great beach 500 m away.

This review is the subjective opinion of a Tripadvisor member and not of TripAdvisor LLC.
frooky
Chorley, United Kingdom
52
Reviewed 29 September 2014 via mobile
Mr ostler

the hotel was very nice,the rooms are clean and tidy .microwave two electric hobs..fridge bath with shower .and spar just round the corner there is a lovely beach about 1 mile from the hotel .the sea is 50meters walk from the hotel .
tommy the owner speaks limited English .most people speak Spanish in the hotel.
there are plenty of shops within walking distance .

This review is the subjective opinion of a Tripadvisor member and not of TripAdvisor LLC.
rachelg2001
cleckheaton
177
Reviewed 15 September 2014
Brilliant apartment

we have just returned from the Bella Maria where we were made most welcome by the owner and his wife. Some of the staff could not speak English but hey ho how many English take the trouble to learn Spanish. The food was lovely reasonably priced. The apartments were spotless spacious plenty of clean towels . I would recommend these apartments to anyone . There is a great pizza place nearby

Room tip: We never heard a sound between ten an nine it is the perfect place if you want a quiet holiday
Ask rachelg2001 about Bella Maria
3  Thank rachelg2001