room cleanliness / over all shape

Paint peeling off walls . bathroom needed cleaning, thermostat didnt work. Property needs updating & remodel. could use a better sitting area. if you had to work from room it would have been extremely unpleasant

Review collected in partnership with this hotel
This business uses tools provided by Tripadvisor (or one of its official Review Collection Partners) to encourage and collect guest reviews, including this one.
See all 69 reviews
Nearby Hotels 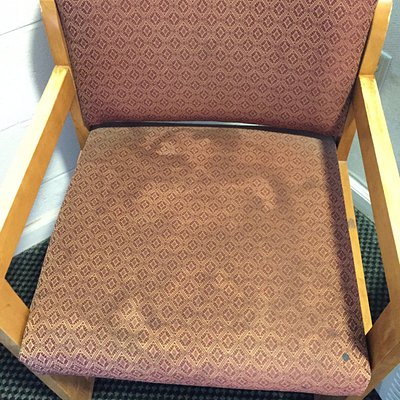 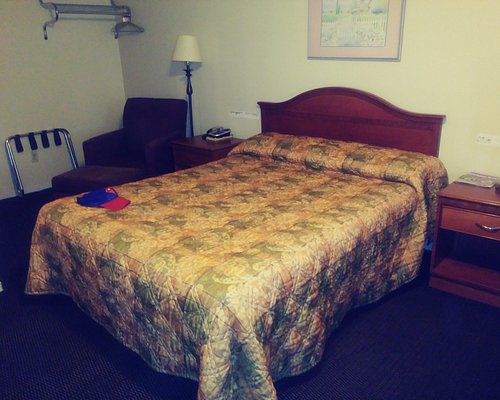 Hotel met and exceeded our needs. Our waitress at the colonial restaurant was very nice and helpful. The rooms were clean and fully met our expectations. The lady at the front desk was also very helpful about any questions we had during the stay.

Review collected in partnership with this hotel
This business uses tools provided by Tripadvisor (or one of its official Review Collection Partners) to encourage and collect guest reviews, including this one.
Ask dakotaryan21 about Natural Bridge Hotel, Trademark Collection by Wyndham
Thank dakotaryan21

This review is the subjective opinion of a TripAdvisor member and not of TripAdvisor LLC
cbs717
Richmond, Virginia
1
Reviewed 5 weeks ago
Very disappointed on this visit

This used to be a very charming hotel as we have stayed here in the past. The room quality has definitely gone downhill. Stains on the chairs in the guestrooms and you cannot adjust the room temperature if you stay in the main building with the balcony. It was hot the entire time. Very disappointed on this visit. It's too bad...we used to love it here.

Review collected in partnership with this hotel
This business uses tools provided by Tripadvisor (or one of its official Review Collection Partners) to encourage and collect guest reviews, including this one.
Ask cbs717 about Natural Bridge Hotel, Trademark Collection by Wyndham
Thank cbs717

Dear cbs717, thank you for your comments. The hotel in the next several months will be going under a renovation. We hope to have these updates completed by May 1, 2021. We hope you will give the hotel another try. We are all very excited about the changes as well as a few surprises..

Report response as inappropriateThank you. We appreciate your input.
This response is the subjective opinion of the management representative and not of TripAdvisor LLC
bigfoote12020
Bethel, North Carolina
1
Reviewed 15 December 2020
Great people here.

This is an older hotel but loved the history. We were there in early December 2020, so we were concerned about COVID-19. Sadly for the hotel business was slow. For us, it was perfect as we did not have to worry about a lot of people. They do need to update the bathroom areas.

Review collected in partnership with this hotel
This business uses tools provided by Tripadvisor (or one of its official Review Collection Partners) to encourage and collect guest reviews, including this one.
Ask bigfoote12020 about Natural Bridge Hotel, Trademark Collection by Wyndham
Thank bigfoote12020

We decided to stay here for one night after visiting Natural Bridge State Park without looking at the reviews which was a bad idea. We expected it to be a little dated as it is a historic hotel. I really liked that it was historic and associated with the Natural Bridge that we had just visited. The hotel being dated was the least of our concerns. We immediately noticed how warm it was in the room but simply turned the heat down for the time being. The room would have had a great view if you could have seen through the dirty windows. It looked like they had painted the windows and never cleaned up behind themselves. There were also paint chips all over the windowsill so they didn’t even bother to wipe that up. There was a wooden block sitting in the windowsill as well that we didn’t at first know why it was there. We went to dinner at The Red Fox Tavern which is located inside the hotel. It was very cold in there. The waitress was nice but she came back several times to clarify questions she had already asked us and it didn’t seem like she was paying attention to what we were saying. We ordered margaritas and said yes, that we did want salt on the rim which the waitress specifically asked us if we wanted but neither drink had salt. My husband ordered a medium rare filet mignon but it was so tough he had a difficult time cutting it up. It was very chewy and had no seasoning at all. I ordered a club sandwich and it was mediocre but then again it was just a sandwich. The fries were good at least. When we got back to the room it was so hot in there. We turned the AC on which was very loud. It made no difference in the temperature of the room at all. I was miserable all night because it was so hot. The next morning my husband went to get me a coffee in the lobby and to ask about the AC. First, he had to pay for the coffee. Most hotels have at the very least, complimentary coffee. When he asked about the AC he was told that they can’t run the heat and the AC at the same time because the AC had been shut off for the season. We are unsure why they didn’t tell us this information when we checked it as weather reports said that it was supposed to be 65 degrees outside so naturally it would be warmer inside as well. Finally, after sweltering trying to pack our things and hurry and leave we realized that the little wooden block on the windowsill was to hold the window open! Again, why wouldn’t they have told us this upon check in?? Do not stay here unless there is no other choice. Drive the 20 or so minutes to Lexington and stay in a quality hotel.

This review is the subjective opinion of a TripAdvisor member and not of TripAdvisor LLC
melindajenkins1
1
Reviewed 30 November 2020
Unclean. Just plain gross

Review collected in partnership with this hotel
This business uses tools provided by Tripadvisor (or one of its official Review Collection Partners) to encourage and collect guest reviews, including this one.
Ask melindajenkins1 about Natural Bridge Hotel, Trademark Collection by Wyndham
Thank melindajenkins1