Review of The Buck Inn, Chop Gate
Reviewed 4 weeks ago

Arrived on coast to coast walk on a hot day - sat in garden and enjoyed the wide range of German beers on tap.

See all 522 reviews
Nearby Hotels 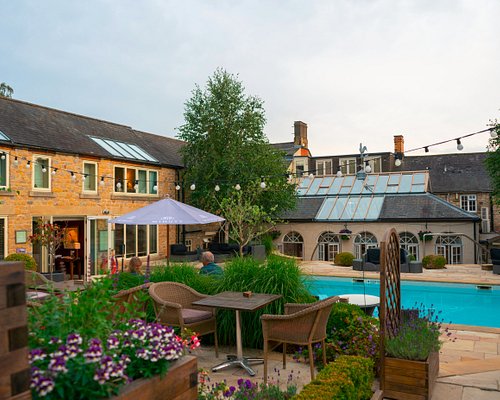 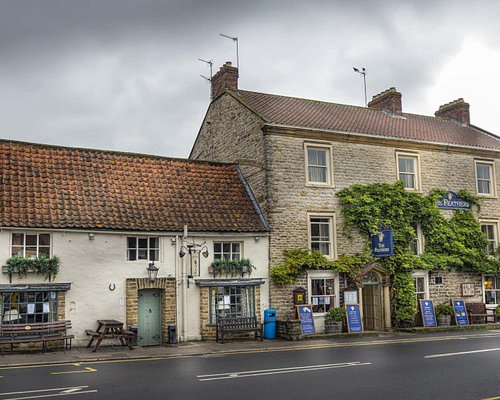 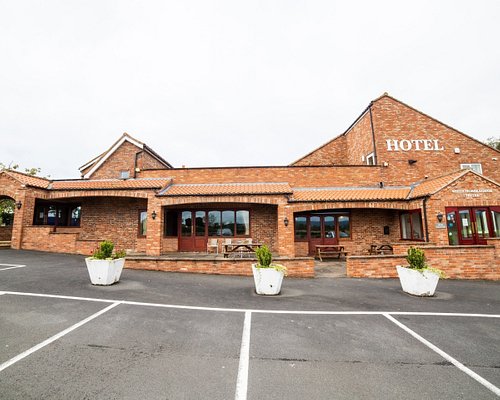 Hotels.com
View deal
Booking.com
US$66
Agoda.com
US$44
Expedia
US$66
View all 6 deals from US$44
322 reviews
20.1 km from The Buck Inn, Chop Gate
We compared the lowest prices from 6 websites
Breakfast included
Holiday Inn Express Middlesbrough - Centre Square, an IHG hotel

We really enjoyed our stay...walking coast to coast....friendly old fashioned pub. Great food and beer. Great breakfast and lift back upto the main path...thank you. We hope you soon find more staff to help you. Helen and Paul

This review is the subjective opinion of a Tripadvisor member and not of TripAdvisor LLC.
neildF2133NQ
11
Reviewed 13 September 2021 via mobile
Awful

Having been taking my terminally ill dad out for Sunday meals over the last month and having a close link with Germany (we were all born there and both my parents speak fluent German having spent years there while serving in the military), we were really looking forward to trying out the food here. What a disappointment. The main let down was the barman, who rather brusquely laid into us about not wearing masks (we were not the only ones, it is no longer mandatory, he didn't know if we had underlying conditions, there is a more diplomatic way of phrasing and toning when dealing with fellow humans let alone paying customers) as soo as we walked in. We were clearly struggling with my dad's wheelchair but no help was offered and we were placed, seemingly on the spur of the moment despite booking and asking for wheelchair friendly access, in an awkwardly located table with limited space. I ended up having to physically move the table (in front of staff who still did not offer any assistance) just so that my dad had room to sit at there. The barman was blunt, rude and treated us like idiots I felt. When I asked for menus he just pointed to the selection of 3 dishes on the blackboard, none of them German. Luckily dad asked the waitress, who was much friendlier, if there was a German menu and she produced some. Apparently we could order off this menu despite it stating that you could only do so in the evening. Very confusing. The barman seemed to avoid eye contact whenever possible, playing on his phone and ignoring any requests for more drinks. Foodwise it wasn't great and we waited for AGES (I'm diabetic and my insulin takes 20 mins to kick in - we were waiting way past this time). There was not a lot of choice of German food and the schnitzels did not bear a resemblance to any we've ever eaten in Germany. We all left food uneaten. The atmosphere was flat and the food overpriced in my opinion. We were a mix of disappointment, anger and righteous indignation as we left. Needless to say, we did not leave a tip.

Again a bad report from someone who was asked to wear a mask.

Report response as inappropriateThank you. We appreciate your input.
This response is the subjective opinion of the management representative and not of TripAdvisor LLC
herntonlevels
Kildale, United Kingdom
22
Reviewed 31 August 2021 via mobile
Double Standards

I booked a table for myself and my girlfriend for an evening meal after a walk to the Wainstones with the dog. We had last been to the Buck in 2019 and it was great with delicious food and a lovely atmosphere.
Sadly that wasn't the case this time.
On entering the pub, which was almost empty apart from one table of three people in the corner, the first thing the barman said was " haven't you got masks?" I said no and he then said "didn't you see the three signs on your way in?"
I pointed out that it's no longer law to wear a mask but he said that it was the owner's rules and that we could sit down without a mask but we wouldn't be allowed to move around or go to the toilet!
For all he knows I could be exempt from wearing a mask but I'm not obliged to prove this by law so he shouldn't say things like that.
We were tempted to leave as when I booked the table there was no mention of this ridiculous rule and everywhere else we've been in the last month, masks have been a personal choice which is how it should be when it's not a requirement by law.
We decided to stay even though we felt a bit uncomfortable and my girlfriend was a little upset, but things got more ridiculous when another customer went to the bar with his mask around his chin and the barman said nothing. Then a couple came down from the upstairs accommodation with no masks and the barman just served them and said nothing. Then to top it off the owner came in and started chatting to diners without a mask and guess what?, the barman said nothing! Such double standards it's laughable.
As for the food it was ok but not a patch on our previous experience and the beer tasted soapy, probably from over sanitising the glasses with covid spray. The atmosphere felt rather flat. The barman/waiter didn't even bother asking if we wanted desserts so we paid up at the bar (without masks) and left.
I suggest that the Buck Inn sticks to the laws of the land and stops making up it's own ridiculous and discriminatory rules that only seem to apply to certain people.
If you value freedom and fairness then maybe give this place a miss.

Is it so hard to wear a mask?

Report response as inappropriateThank you. We appreciate your input.
This response is the subjective opinion of the management representative and not of TripAdvisor LLC
kevinsP9142TA
Whitchurch, England, United Kingdom
152
Reviewed 8 August 2021
Great food but the room was a bit tired

We were very grateful to be picked up by Wolfgang (the owner) after a strenuous stretch of the coast to coast and despite being a bit early. Buck Inn is obviously under modernisation and has some real challenges due to the shortage of hospitality staff. The room was perfectly adequate and had everything we needed. The evening meal was excellent and I would rate it the best of our two week walk. In case anyone is in doubt after reading other reviews - it is authentic Bavarian which is great! I hope the hotel gets the staff and the facelift, then it will tick all the boxes.

This review is the subjective opinion of a Tripadvisor member and not of TripAdvisor LLC.
paultN425KZ
1
Reviewed 8 August 2021
Reading Caroline’s great reviews left me wondering