ZenHotels.com
Prices are the average nightly price provided by our partners and may not include all taxes and fees. Taxes and fees that are shown are estimates only. Please see our partners for more details.
VictoriaTerry2020
1

Review of RT Lodge
Reviewed 3 weeks ago via mobile

Tori, thank you for choosing RT Lodge for your wedding and for allowing us to get to know you, Craig, and your families through the planning process! It was a joy to work with you and to celebrate alongside your loved ones over the course of a truly special and memorable wedding weekend. We appreciate the time you have taken to give us such a kind and thoughtful review and hope to see you both again soon. Cheers to you and Craig, and best wishes for a happy first year of marriage!

Report response as inappropriateThank you. We appreciate your input.
This response is the subjective opinion of the management representative and not of TripAdvisor LLC
See all 66 reviews
Nearby Hotels 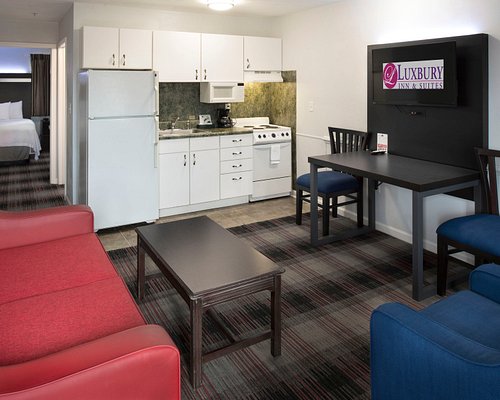 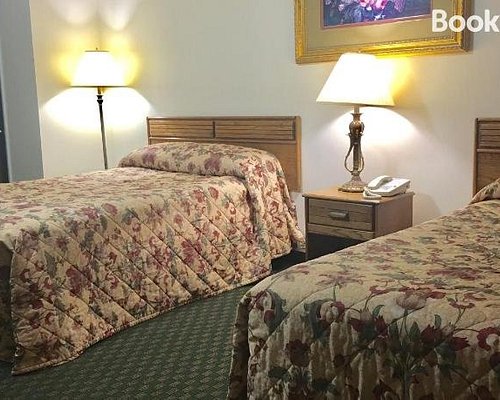 We hosted our wedding weekend here and it was truly exceptional. We visited four times prior to our wedding, and each time we were blown away with every aspect of RT Lodge. The setting is idyllic, with plenty of spaces to explore or sit and relax. The rooms are quaint, well furnished and very clean. The lodge is dog friendly (even with larger breeds) which has allowed us to travel there stress-free. The food is absolutely fantastic and the bar serves everything from seasonal cocktails to a good variety of craft beer and wine. After dinner, enjoy smores on the house at the inviting fire pit. Hospitality is second to none! The lodge is yours for your entire wedding weekend and the team goes far beyond what is expected to ensure you and your guests are well taken care of. My husband and I, our parents, and now our friends will be visiting RT Lodge for years to come!

Room tip: There are a handful of patio and balcony rooms available to enjoy the grounds from a rocking chair outside your room
Ask esendro about RT Lodge
Thank esendro

This review is the subjective opinion of a TripAdvisor member and not of TripAdvisor LLC
The_Loup_Garou
Phoenix, Arizona
29122398
Reviewed 26 December 2020
RT Lodge - A Short December Stay

We had the opportunity to stay at RT Lodge again, in December. Just like with our August stay, we were attending an event at Blackberry Farm in Walland, TN, but could not get in on our first night in TN - flight schedules from Phoenix to Knoxville (through Washington/Dulles) were still a mess. So, we booked RT Lodge again, and were glad that we did.

We picked up the rental car at the airport, and slowly drove to RT Lodge, as we were early to check in. We stopped in Maryville for some wine, then to the Maryville College campus, where RT Lodge is located. We were still early, and surprised that our room was ready. We moved the luggage in, and unpacked.

Again, we were in the Wiley House, but on the ground floor, in Room 308. Other than the location, Room 308 seemed identical to our previous room, 403. RT Lodge has three buildings, with rooms: the Main Lodge (where registration, the bar and The Restaurant at RT Lodge are located), the Walker House, and the Wiley House. The latter two look very similar, though there are some rooms in the Walker House with small balconies.

Room 308 had a King bed, which was quite comfortable, then a small bathroom, with a combo tub/shower and toilet in one room, and then a single sink and mirror in an alcove, off of the bedroom. The bedroom had small, twin closets, on either side of the entrance door. It had a medium-sized flat-screen TV, atop a dresser. The floor space is limited, but even with our luggage for an extended stay at Blackberry Farm, adequate, and especially for an overnight stay. Two complaints that I had were the lighting over the sink, and then the placement of the TV, off to the left (when viewing from the bed). The décor is rustic, with most of the furniture and furnishing being made of local woods. This complimented the décor of the rest of RT Lodge, quite nicely.

In the Lodge building, there is a bar with both interior and exterior seating, and two large, comfortable rooms, with all sorts of seating arrangements, plus large fireplaces. We did not spend any time in the bar on this trip, and as the weather was quite a bit cooler, spent zero time sitting by the lovely koi pond, just steps outside of the bar area.

I did get to stroll more of the grounds on this visit, and especially as Sunday dawned clear, bright and cool. There are pathways all around the property, located in a wooded section of the Maryville College campus. Some are paved, some are gravel, and then some are just worn into the forest floor. I saw several folk jogging on those, but would caution that there are some uneven surfaces, and exposed roots - just watch your step - great for a stroll, but a bit uneven for running. Also, look everywhere, as there is a bit of artwork, semi-hidden along a few of the paths - hint: look for tree stumps.

RT Lodge also has several areas for gathering, such as the free-standing stone fireplace, nestled between small ponds, in front of the Lodge. There is also a nice pavilion not far from the koi pond (a large fire ring there) and the Main Lodge. It was not in use for any events, and had a few lawn games set up inside. There are also a few nice open areas, which could well accommodate, say a wedding, or dining event.

We had little interaction with staff, beyond check-in/out, and then dining in The Restaurant at RT Lodge for dinner, and finally breakfast the next morning, but all of the staff was very good, and very friendly.

There were sanitizing dispensers everywhere, and baskets of masks, and everyone, who we observed, from diners, to staff, were complying with the masking requirements.

A very nice, albeit short stay, and we will probably return before another Blackberry Farm event, in February - depending on the airline schedules at that time.

This review is the subjective opinion of a TripAdvisor member and not of TripAdvisor LLC
Beefseeker
Seymour, Tennessee
773808
Reviewed 23 November 2020 via mobile
“Not the best value....”

Decided to stay here after having dinner at the restaurant(which was pretty good). Rooms are offered in older 2 level motel buildings. We opted for a room on the 2nd floor with a balcony; which was located at an adjacent building to the right of the restaurant.
The room was small, but nothing to complain about for a 1 night stay. The bathroom was small as well, but was clean and tidy. The comfort of the bed was just ok, and the pillows were too soft: But none of this was a deal breaker. The one major complaint is that the heat/air has no “in room” control. It got very hot, with no way to turn the heat down. We had to keep the door propped open to the balcony, just to sleep. We found out the next morning that the controls are done at a central location. Unfortunately, a few hours too late.
Another major complaint is the value. The dinner at the restaurant, offered a value was within range of the quality given; so we expected something of the same at the hotel. However, at a starting rate of $159 per night, for a week night; we feel it’s a bit much for a motel room: especially one that rates about 3 stars overall.
There are some notable amenities here; a large fire pit for s’mores, some romantic walkways for exploring, and use of the den areas, with big fireplaces, for relaxing, or socializing with a mixed drink. But these items are available to anyone who is dining, so they’re not a necessarily a perk for a hotel stay. One perk that is worth noting, is the included breakfast: which was excellent. Served in a buffet line, by a gracious server, items were piping hot, and drinks ice cold. The bacon was crispy, and the homemade strawberry preserves over wheat toast were memorable. And they seem to let you eat all you want: So I did....lol
Being somewhat local(Gatlinburg), we’ve not stayed at many hotels in the area; So, it’s a bit hard to rate our visit overall. We liked the setting, but feel the hotel needed to offer something a tad better for the money. Though the included breakfast was fantastic, I’m just not sure it’s worth a stay. Really wanted to rate this place higher, but for now, I’m keeping it at just a 3....Sorry

This review is the subjective opinion of a TripAdvisor member and not of TripAdvisor LLC
nshugg
Knoxville, Tennessee
243167
Reviewed 18 October 2020
Lovely Getaway!

Decided to have a dinner here and then added a night stay in a Patio room. 103
Rooms are cozy but small, no small couch just a chair and table. Nice walk out to rocking chairs on patio next to main building. So much vegetation it is really a woodsy feeling. Check in very nice.
Here’s some things to improve:
Bed Mattress is hard as a rock; no box springs just a slab of hardness. Almost no give.

Breakfast - Being served and plated by server due to COVID. Bacon almost burnt, very crisp and almost inedible. Bread delicious and they toast it and serve it to you.

All of the public areas are lovely and make you feel like you are in an English Country home.

Dinner server seemed inexperienced. Had to explain what Tanqueray was. Service was uneven. What was upsetting was the 20 percent gratuity automatically added to our check. Since when isn’t this a reward for service. Frankly the service wasn’t worth 20 percent.

I don’t think we will be back.

This review is the subjective opinion of a TripAdvisor member and not of TripAdvisor LLC
Phil R
Latrobe, Pennsylvania
121121
Reviewed 1 October 2020
Great wedding

This property is beautiful tucked away in the woods. The service and food was spot on great. I cannot say enough how well the service team worked though out the wedding without missing a beat. Thank you for a very nice weekend.

Phil, thank you so much for taking the time to submit such a positive review. We are so glad you enjoyed your time at RT Lodge, and hope you will join us again soon!

Report response as inappropriateThank you. We appreciate your input.
This response is the subjective opinion of the management representative and not of TripAdvisor LLC
View more reviews
PreviousNext
12…11