Thank you to Apple Cross campsite for a fantastic week as lockdown eases. The toilet and shower facility is excellent and spotless. Regularly cleaned by the boss. Tip left to show our appreciation. Wifi at the office to keep in touch. Friendly and accommodating staff. Great view of the sea and a few few minutes from the pub but book well in advance for a meal. Take away van is available.

For sailors it's a great place to base to explore the coast. Public jetty at Milltown to put in and out but very steep and the tide is required to retrieve. You can sail back to Apple Cross bay to store overnight but the council have blocked the temporary put in with large rocks to stop wild camping.More 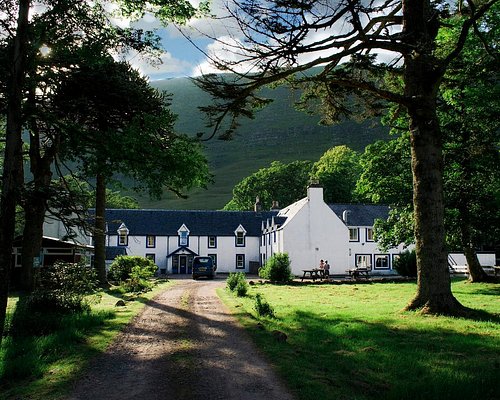 Great little campsite, everyone who has travelled to Applecross has made a fair effort to get there, so mostly families on tour or hikers / Bikers. Very clean and not too disrupted by Covid rules, but everyone keeping their distance and campsite instructions on conduct very clear , pragmatic and non dictatorial. Reception guy was very accommodating when i managed yo lock us out of the pod at 10pm and organised a spare key within minutes despite being off duty.

This review is the subjective opinion of a Tripadvisor member and not of TripAdvisor LLC.
Zeppie1234
Glasgow, United Kingdom
5
Reviewed 2 August 2020
Good stay in camping pod

We stayed here for 2 nights just after it had reopened. Reception were friendly and gave us good information. All signage has been updated with instructions regarding COVID-19 and what is expected. We stayed in a camping pod, which you can tell had had a deep clean before we arrived. It did rain during the night and the field did get a bit boggy, however nothing a good pair of boots couldn't handle. Used both shower blocks (new & old) and both were fine, in my opinion. Will be back at some point.

This review is the subjective opinion of a Tripadvisor member and not of TripAdvisor LLC.
clairebJ2550BC
Wishaw, United Kingdom
56
Reviewed 30 July 2020
Glorified farmer's field

Having booked here months ago for a 3 night stay in our campervan with awning, the only positive thing I can say about this site is the welcoming guy who sits at reception for near 12 hours a day. We had booked a "hard standing pitch" which is a real exaggeration as there was nothing hardstanding about it. Boggy is an understatement. I totally understand the weather doesn't help some pitches, but the whole field was just a boggy mess and on our 2nd day, a few vans even got stuck in the mud.
Facilities very dated and again, mucky as campers having to cross field to get access.
No chance of doing your laundry here as the housekeeping hogged it the two full days we were here with laundry for the pods and vans.
We left a day early and went to our next stop.
This site needs money spent on it for drainage and some TLC as it's very run down looking.

This review is the subjective opinion of a Tripadvisor member and not of TripAdvisor LLC.
BritAbroadz
Glasgow, United Kingdom
488
Reviewed 18 October 2019 via mobile
Lovely view from campsite

This was our second stop on our camping of the NC 500 and it was good. The toilet block near the static caravans was clean, warm and looked relatively new. It didn’t seem like there was a huge amount of decent ground that wasn’t boggy but we found a good spot. We only stayed for one night before heading off and admittedly options are limited in Applecross for a family of four with a dog but would stay again.

This review is the subjective opinion of a Tripadvisor member and not of TripAdvisor LLC.
Davida1948
Great Malvern, United Kingdom
79
Reviewed 13 October 2019
Dissapointed

On arrival we found the microwave, tv and some of the lights in our static van were not working, and reported to reception who explained they had major power problems which had blown several items, but they might not be fixed until the next day.
We found Chris the site maintenance man who was very helpful and fixed the tv, microwave and some of the lights.
While we understood the problems they should have checked the van before our arrival.
The van was clean and tidy and while it was October and towards the end of the season the site did look a bit run down, and we did pay quite a lot to stay there,
Applecross is a lovely with lots of wildlife and we even saw a submarine heading down the loch.
If we were to return we would probably not stay at this site.

This review is the subjective opinion of a Tripadvisor member and not of TripAdvisor LLC.
View more reviews
PreviousNext
1…678…