I am here right now and for the third time since since last august and the pool/hot tube/sauna are all closed.This is one of the reasons why i come here.the answer i got was 'the pool is an extra amenity and we cant put our guests in danger'. i highly disagree with this, as no amenity is 'extra', it is integral part of the stay especially since it is the biggest pool than in most hotels. I am very disappointed.

See all 710 reviews
Nearby Hotels 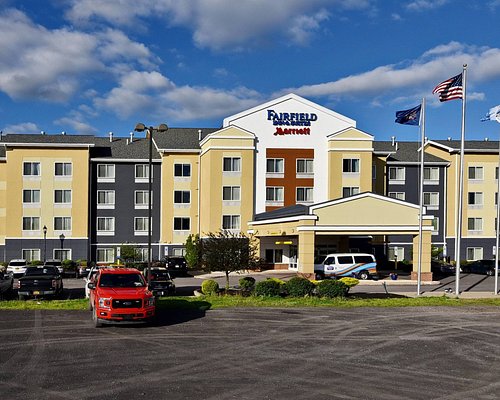 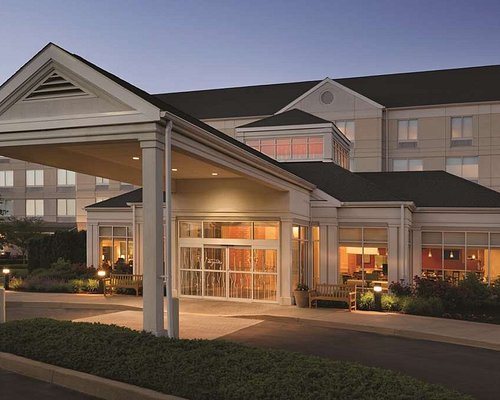 Hilton Garden Inn Wilkes Barre
US$136
Booking.com
View deal
Hotels.com
US$136
Expedia
US$136
Trip.com
US$136
View all 7 deals from US$136
941 reviews
3.7 km from Holiday Inn Wilkes Barre - East Mountain, An IHG Hotel
We compared the lowest prices from 7 websites 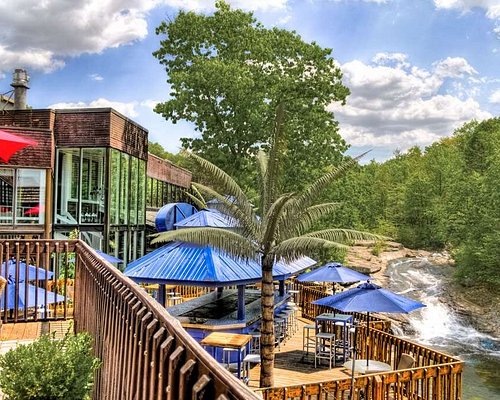 Hotels.com
View deal
Free cancellation
Expedia
US$140
FindHotel
US$140
Tripadvisor
US$140
View all 9 deals from US$140
1,166 reviews
2.1 km from Holiday Inn Wilkes Barre - East Mountain, An IHG Hotel
We compared the lowest prices from 9 websites
Sponsored
Courtyard by Marriott Wilkes-Barre Arena
US$125

stayed one night for a family visit. hotel has beautiful mountain or valley views. grounds are lovely with an attractive gazebo. rooms were clean. staff was friendly. plenty of parking. mattress on pull out sofa seemed a step up from usual. plan to stay here again on family visits.

This review is the subjective opinion of a Tripadvisor member and not of TripAdvisor LLC.
thadabroad
Connecticut
1647
Reviewed 25 May 2021
A 6/10 with potential for more...

Spent 2 nights here with my wife and two 8 year old's. Made reservation using third party web site. Tried to get a hold of hotel using local phone number- rang 12 times and disconnected. Called reservation 1800 number and they could not match rate nor made any attempt.

Arrived and checked in, relatively seamless. Got keys for 6th floor room- 2 queen beds. Room was adequately clean- no hair in bathroom, no mysterious stains, etc.

Wife and kids went to pool. Other guests in pool area were enjoying alcoholic beverages in brown paper bags and small "nip" bottles, while listening to rap music well above a normal volume. Also, towels in pool area were limited at best.

Came back to room and all showered. Room was provided 2 bath towels total for a room that supposedly accommodates up to 4 people. Called desk for more bath towels and told they would be brought up. 40 minutes later, called again for more towels and phone rang 12 times and disconnected. Went down to front desk and asked for more towels and was told they were being laundered and would be brought up when they were done. Called an hour later and had to suggest that they take towels from an unused room to get towels. We were offered dinner vouchers for inconvenience.

Ordered room service breakfast next day. Relatively over priced, though typical for "hotel" prices I guess- $70 for 4 breakfasts. Food was average quality and provided ample nourishment for a meal.

Staff was adequately pleasant overall. Lobby in area of elevators could have been cleaner with dirty boot marks on the floor, an overflowing trash can, and a coffee station that was a bit messy.

Also, the double queen rooms lack a microwave, mini-fridge, and a hair drier. Also USB port plugs are apparently too modernized for that particular room. It did have an iron (works adequately well) and the shower had good water pressure.

Also, it should be known that he location of the hotel is only convenient to Interstate 81 on ramps. It is a good distance from just about everything else including food and attractions of any kind.

We value our guests like you. You are what makes us strive hard to make our hotels the best we can be. Thank you for staying with us and taking the time to leave us feedback.

We are all about giving exceptional service to our guests and are committed to comfort in every way. I'm sorry there were a couple of issues you encountered that spoiled your stay. I know how letdown you must have felt towards the limited towels, the breakfast price, and staff service. I am also taking note of your feedback about the cleanliness of our public spaces. I have conveyed your comments to the Hotel Management to work with the proper departments and the necessary improvements needed on our end.

Just a note, reservations booked through the third-party sites can not be priced match at our reservations line. We do have a separate department that handles our price guarantee.

We hope you will join us again in the future and impart a better stay.

Report response as inappropriateThank you. We appreciate your input.
This response is the subjective opinion of the management representative and not of TripAdvisor LLC
QuackerzDaTraveler
Philadelphia, Pennsylvania
77479
Reviewed 27 April 2021 via mobile
Nice Little Stay

Perfect spot in Wilkes Barre to see all the local attractions. Scranton is only 15mins away! Rooms were clean and large enough for my toddler to play with his toys when in the room. All staff was friendly and attentive. Only king bed suites have a refrigerator and microwave. Great views! Restaurant on location. Fire pit, gazebo and playground in the back. Plentiful parking!

Thank you so much for sending in your response. We are so please that you really enjoyed your stay. It's nice to hear that you and your family liked our location, amenities and staff. Our play ground is a fun spot for toddlers we are glad you got to experience this area of the property. Please come back and see us again soon!

Report response as inappropriateThank you. We appreciate your input.
This response is the subjective opinion of the management representative and not of TripAdvisor LLC
Travelfanalicia
6841
Reviewed 5 March 2021 via mobile
Excellent customer service!!!

Absolutely impressed with the customer service I received before even becoming a guest. Shout out to- Charlie - at the front desk! We owe you a beer! We look forward to staying here! Close to the casino. Big rooms. Free breakfast. And hopefully the shuttle will be up and running soon.

Thank you so much for sending in your response. We are thrilled to hear that you received excellent customer service. Charlie is a long standing employee and does an excellent job taking care of our guests. We will have our shuttle running again shortly, sorry for the inconvenience. We look forward to seeing you back again soon!

Report response as inappropriateThank you. We appreciate your input.
This response is the subjective opinion of the management representative and not of TripAdvisor LLC
Kathmandu227
Newburgh, New York
61
Reviewed 1 March 2021
Birthday Getaway

Usually celebrate my Bday solo to enjoy ME and for reflection. 2nd time at this property, I spent my 47th birthday here this yr (2/27). Nice little bistro onsite with very good food, the hotel is close to Mohegan Sun casino in case Lady Luck happens to be on my side when I visit. Huge pool is gorgeous, especially when the sun is shining in though the skylight above. The Staff here is so friendly, and I will definitely be back when I’m in the area. (Katrina)

Dear Kathmandu227, Thank you for sending in your response. We are thrilled to hear that you enjoyed your birthday visit with us! It's nice that you were able to experience the Bistro and pool, these amenities are very popular with our guests. We hope to see you return soon! Kindly, Dan

Report response as inappropriateThank you. We appreciate your input.
This response is the subjective opinion of the management representative and not of TripAdvisor LLC
View more reviews
PreviousNext
1234…