FindHotel
Agoda.com
Trip.com
View all 7 deals
Prices are the average nightly price provided by our partners and may not include all taxes and fees. Taxes and fees that are shown are estimates only. Please see our partners for more details.
tiffster05
Hershey, Pennsylvania
11872

We had a great experience here. The hotel is in a Great location downtown. In steps from the train station and restaurants. Our room was Clean and spacious. The hotel was updated beautifully. The staff was very friendly and helpful. We would definitely come back.

Trip type: Travelled as a couple
See all 1,465 reviews
Nearby Hotels 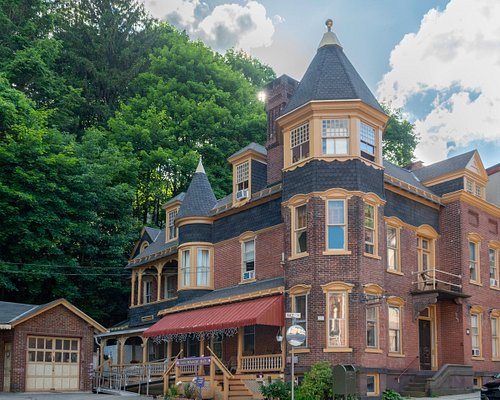 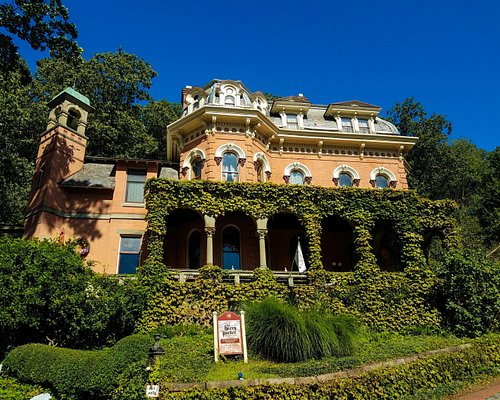 The propoery is very well maintenaid. The rooms are confortable with all the amenities you need to spent a great time.
. You will be transported to early 19th centuryin the detailed decorated rooms
Is a throw of stone to the scenic train station and the shoppinn area.

Review collected in partnership with this hotel
This business uses tools provided by Tripadvisor (or one of its official Review Collection Partners) to encourage and collect guest reviews, including this one.
Ask erahedo about Inn at Jim Thorpe
Thank erahedo

This review is the subjective opinion of a Tripadvisor member and not of TripAdvisor LLC.
Frank F
1
Reviewed 20 January 2022
Excellent place to stay

I have travelled extensively throughout the world, and I have to say I was extremely happy with this gem of a location. Booked a trip last minute to the area for snow related activities, never having been here previously. Booking was easy, check in even easier. The area is wonderful and small-townish, but the inn was spectacular. My family loved the room, loved the aesthetics, and the free breakfast in the morning was an unexpected but delicious bonus. Having been so thoroughly impressed with this impromptu visit, we have decided to book here again for a summer visit.

Review collected in partnership with this hotel
This business uses tools provided by Tripadvisor (or one of its official Review Collection Partners) to encourage and collect guest reviews, including this one.
Ask Frank F about Inn at Jim Thorpe
Thank Frank F

This review is the subjective opinion of a Tripadvisor member and not of TripAdvisor LLC.
sandctravelingcouple
1
Reviewed 18 January 2022
Disappointing, at best (warning: this is a long, but accurate, review)

Now, you’d think that in a snow-activity resort mountain town on a holiday weekend (and one that was expecting a good snowfall) that things in Jim Thorpe would be bustling, but, turns out, we were wrong! Our stay was scheduled for Sunday – Tuesday (over MLK holiday weekend) and things started off pretty well: check in at @Inn at Jim Thorpe was easy, free parking, nice lunch/drinks at a local Irish pub, and then walked around the quaint town of Jim Thorpe a bit. We were a little surprised to see more than a few stores and restaurants closed, but chalked it up to it being a Sunday (although, we did see some signs on doors if restaurants that they were closed till the end of January).

Four hours later, and once the snow started at about 5pm, that’s when it all went downhill (and not on a slope). EVERY restaurant that was previously open during the day was closing so that the staff could get home. The hotel restaurant was already closed through the end of January, so that was a no-go (which we, unfortunately, found out after we booked the trip). The only place open was a pizza joint across the street, so pizza and soda in bed it was! We binged Netflix for the rest of the night, and went to bed thinking that all would be back to normal in the morning, while we also looked forward to our spa appointments the next day.

Nope. Not back to normal. Actually, worse. At 8am we went in search for breakfast before our scheduled morning massages and went to the front desk to ask about food. We were rudely told that even though the restaurant is technically closed to the public, they had arranged breakfast for the hotel guests… but only if you booked your stay through them directly (which we hadn’t). We asked if we could just pay, instead, and the same woman at the front desk looked at us and said “I have no idea if they’re accepting cash”. End of sentence. End of conversation. No offer to check or ask over at the restaurant (located 10 feet across the hallway from the lobby). We asked her if anything else was open and she told us, “no”, but that we could get in our car and drive to a place that was serving food. So, here we are, in a town where we are staying at a hotel that is located on the main drag, surrounded by restaurants that were all now closed. Said hotel IS serving breakfast, but to only SOME guests and there literally is nothing else open, but hey, we can get in our car and drive somewhere (on roads that still hadn’t been cleared from the same snowstorm that shut the town down the evening before, not to mention, the need to walk across the hotel parking lot that was covered in snow, sleet and ice so that we could get into our car and go in search of food)! We asked if anything would be opening later in the day, and Ms. Pleasant answered with “well, between the holiday weekend and the snow, I don’t know. Maybe… if people can make it to work things will open”.

On a separate note, but still going down the path of stellar customer service for The Inn at Jim Thorpe, a couple of weeks ago I had discovered that the hotel had accidentally charged my credit card three times for massages, not two times. I sent an email about it on 1/8/22, fully expecting to get a response and some kind of apology, but… another NOPE. No reply. Just a refund that showed up on my credit card on 1/10/22 (thank you), but radio silence, as far as any kind of reply from the hotel.

The only saving grace: the Spa. Jill, our massage therapist, was awesome. I can say that our time at the spa was most definitely the highlight of the 24 hours spent at The Inn at Jim Thorpe.

And just like that, we were done. Rather than spending another day/evening at The Inn at Jim Thorpe, we checked out one full day early – no refund for the night we weren’t using; no talking to us about why we were checking out (although, Ms. Pleasant surely knew why).

I want to be clear here: we are not looking for a refund. If we were, I’d fight it out with Expedia. We just ask that the staff who are in the hospitality industry truly learn how to be hospitable and trained accordingly. And when you have guests who are practically begging for some food, figure out a way to get them a cup of coffee and a roll from the buffet being served in the next room, even if it is at a cost to your guests (which, by the way, these guests would have happily paid).”

Dear guest
Thanks for the comments. We apologize for the issues you experienced during your stay
Re the breakfast confusion- guests that book through an online travel agency do not receive a voucher towards breakfast. Our restaurant- at the time you stayed- was basically closed but we did need to provide guests with breakfast on weekends. We included a buffet with out any $ exchanges hands so your situation was unique and the FD was unsure how to handle that. I was told by our FD person that she had asked you to check with our restaurant to be sure we could provide breakfast for you, but was told you never did. We should have handled that - you should not have had to ask.
Regarding the massage overcharges- we do not see anything in our system that that notes being charged 3 times or any refund issued. We do work with a 3rd party for our services so that could have happened on that end, in which case they should have contacted you.
As far as leaving a day early and issuing a refund-doing it through an online travel agency takes a bit of time. Our FD mgr needs to handle that and did take care of it. You did receive the refund but it took a couple of days. He should have contacted you to tell you that it was being processed but he did not. We apologize for that.

Report response as inappropriateThank you. We appreciate your input.
This response is the subjective opinion of the management representative and not of TripAdvisor LLC
fx2xl
1
Reviewed 10 January 2022
mid week getaway

go back in time and enjoy modern comforts.
in the heart of it all, a short walk to all the cool stuff
no other accommodations can compare with this gem, charming and fun
imagine staying here in 1899....

Review collected in partnership with this hotel
This business uses tools provided by Tripadvisor (or one of its official Review Collection Partners) to encourage and collect guest reviews, including this one.
Ask fx2xl about Inn at Jim Thorpe
Thank fx2xl

This review is the subjective opinion of a Tripadvisor member and not of TripAdvisor LLC.
Trek605648
1910
Reviewed 5 January 2022
New Year's Mini Vacation

The Inn is absolutely beautiful! It is period decorated with tin ceilings, original woodwork, furniture, but yet has all the modern amenities. The front desk was very helpful & courteous. Our suite was impeccably clean & very comfortable. The convenience of having the restaurant & lounge downstairs is wonderful! The only negative was the breakfasts. If you have another alternative go. Breakfast was mediocre and the waitstaff was slacking. Overall I would not let this deter us from staying at the Inn!

Review collected in partnership with this hotel
This business uses tools provided by Tripadvisor (or one of its official Review Collection Partners) to encourage and collect guest reviews, including this one.
Ask Trek605648 about Inn at Jim Thorpe
Thank Trek605648

This review is the subjective opinion of a Tripadvisor member and not of TripAdvisor LLC.
View more reviews
PreviousNext
1…8910…
<script type='text/javascript' crossorigin='anonymous' async onerror='__scriptLoadError(this,true);' src='https://static.tacdn.com/assets/assets/Ckp-bW.c50758f7.es5.js' data-rup='assets/