Hotel Izola Paradise
Lock in the lowest price from these sites
Agoda.com
Prices are the average nightly price provided by our partners and may not include all taxes and fees. Taxes and fees that are shown are estimates only. Please see our partners for more details.
266ionutc
11

Rooms are filthy ,the bathroom is full of mould,hair and bugs. The plates are dirty and the food is old.
Spider webs all over the place,the balcony is full of feathers dirt and bugs.
I can keep describing but better check the pictures.
Totally not recommended.

Trip type: Travelled with family
See all 55 reviews
Nearby Hotels 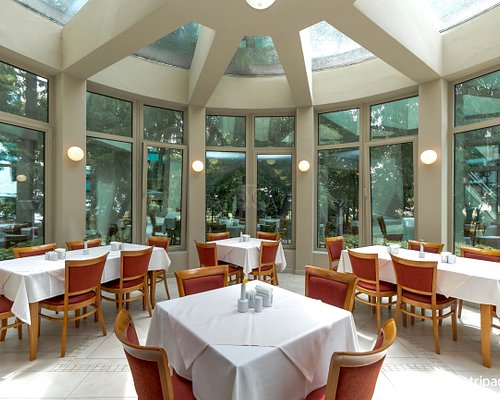 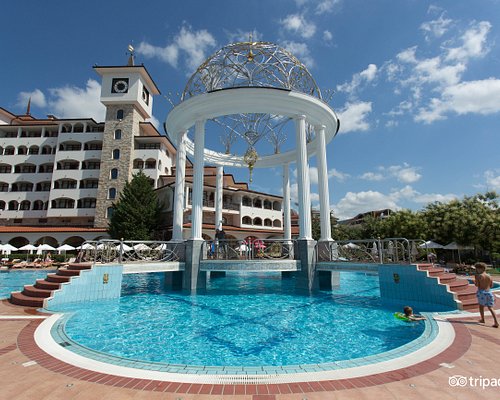 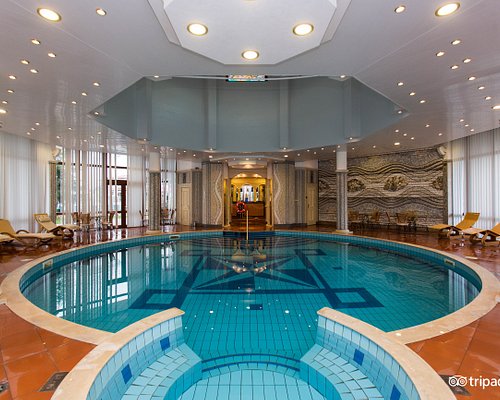 My holiday was a nightmare here....all wd eat here was very old... We go to the hospital because of that, we pay all inclusive and we cannot eat, we just drink still water, the staff is very rude, marieta and valentina is very rude, wr never be back to bulgaria

I don't know to start....first of all the receptionist was very very rude... when i made the reservation , i asked a room at the 2-nd floor with double bed and pool view...we get a room at the 3-rd floor with no pool view and two small beds.their answer was that they don't have rooms any more,although we had reservation....They have wireless and is not free,it cost 3 euro/day ,but it doesn't work......
The most unpleasant part was THE FOOD. Please,DON'T EAT AT THIS HOTEL ...I was with my wife for a vacantion ,and is was a nightmare....a bad dream....we go to emergency because of the food...This hotel has MAXIMUM 2 STARS...rotten food everywhere...when i complain to the manager ,he said just : " i'm sorry " . This is not a hotel...I have the worse impressions about it,about the dirty rooms,smells bad,the staff doesn't know english not at all . The only who know was Marietta ,but she also was insolent and her colleague Valentina also was very rude....Even the pool was dirty...Because of this hotel,we will Never return in Bulgaria.

This review is the subjective opinion of a TripAdvisor member and not of TripAdvisor LLC
242rafalc
Lublin, Poland
13
Reviewed 3 September 2018 via mobile
Strongly suggest to avoid

We went there in August. Reception restaurant it’s okay. Food was disgusting. After a day and several hairs in the food we start eating out (all inclusive).
Room design was just okay. Very poorly cleaned with sign of the mould. When we asked for the room to be swapped (Very strong smell of mould!!!) we was told they don’t have a room, and just been ignored. They said we can find different hotel if we don’t like it. Local people mostly are very rude, and unhelpful. Taxi driver trying to rob you all the tome. They work like a kind of gang!

They only plus was cheap food in town, and drinks. Not the best place to go. Never again!!!!!

This review is the subjective opinion of a TripAdvisor member and not of TripAdvisor LLC
aydinronin
Nijlen, Belgium
23
Reviewed 1 September 2018
nightmare

Visited second time Bulgaria, last time Golden Sands and now Sunny Beach. Izola Paradise is very nice and clean hotel, staff was helpful and friendly. Food very good. Picked up 2 kg ;) There were separate pools for adults and for children, so children didn't disturb us at all;) Room was double-large, so we had plenty of room, cleaning lady visited us every day and did excellent job. From us no bad words at all. Hotel location is 15 min. from beach and on very quiet street ,which was very good for us, we could sleep with open window;) Overall another good vacation, with very nice people around in very good hotel. Big thanks for all hotel personnel and greetings from Estonia!

Ask Lill A about Hotel Izola Paradise
3  Thank Lill A

This review is the subjective opinion of a TripAdvisor member and not of TripAdvisor LLC
View more reviews
PreviousNext
12…10
<script type='text/javascript' crossorigin='anonymous' async onerror='__scriptLoadError(this,true);' src='https://