Angel of the Sea

Angel of the Sea
Contact accommodation for availability.
There are similar hotels available.
View all
goldenpothosqueeen
1

Great stay at Angel of the Sea

Trip type: Travelled as a couple
See all 1,046 reviews
Nearby Hotels 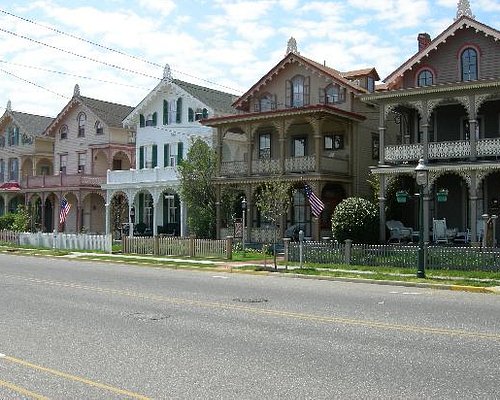 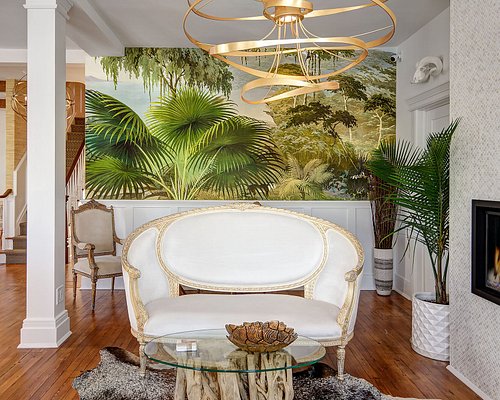 My husband and I have stayed here many, many times over the last 5 or more years. We have always had a wonderful experience, from the staff to the amenities and the friendly other guests that we seem to always engage in conversation. With all due respect to a previous reviewer, the food has always been fantastic and over the top! Breakfast in the morning is either on the beautiful porch or inside in the lovely dining or living room. Always a choice of breakfast entrees as well as breakfast breads, fruit and juice. There is an afternoon tea/coffee with home baked sweets at 4 p.m. and an hour or so later, a wine and cheese plus appetizers reception. This is a Victorian hotel in existence since the late 1800’s so you can imagine the maintenance required. It is not a museum hotel, so, yes sometimes something or other requires a touch up of paint! Hot water has never been a problem and the beds comfortable. It is located a short walk from the beach and towels and chairs readily available. Friendly staff, highly recommend!

Thank you Suzy for your kind words! We are so pleased that you choose to return to the Angel year after year We are glad you enjoyed yourselves and look forward to seeing you again soon

Report response as inappropriateThank you. We appreciate your input.
This response is the subjective opinion of the management representative and not of TripAdvisor LLC
CinLK
1
Reviewed 4 weeks ago
Enchanting stay, first time in Cape May

My husband and I stayed for three days, and I felt calm as soon as we walked through the doors, but especially when we walked out onto the balcony of our room and saw and heard the ocean just across the street. Tea in the afternoon was lovely as was the wine and antipasti platter. Especially loved the Belgian Waffle at breakfast. Also great to be able to take chairs and towels to the beach. The most fun, though, was borrowing the bicycles. It had been over 35 years since I last rode, so this was a superb experience, riding up and down the wonderful promenade. Angel of the Sea made all of this special and easy!

Room tip: Would choose a room with a balcony overlooking the ocean
Ask CinLK about Angel of the Sea
Thank CinLK

Thank you so much for your enchanting review! It’s sounds like you had a wonderful time! We are so pleased and look forward to seeing you again in the near future ⛱

Report response as inappropriateThank you. We appreciate your input.
This response is the subjective opinion of the management representative and not of TripAdvisor LLC
SandyCanton_CT
Norwalk, Connecticut
5025
Reviewed 9 May 2021
Don't go there.

Don't be fooled by their website. All that great food and treats do not exist. The place needs a multi-million dollar makeover, the wood is rotting away. No one to greet us when we arrived, rang the bell, nothing. We chose Room 19, which had a sinking floor behind the bed. When you got in bed, it felt like you were going down a slide head first. Just walking to the side of the bed it was hard to keep your balance. A ceiling fan was the cooling means. The room was way too small for a king size bed. Wait staff sucked. Asked for Belgian Waffle with no meat. Got a Belgian Waffle made with pancake batter, very dry, with pork roll on the side. Asked for iced tea at tea time, the waitress said she had to get it inside and would be right back. Never saw her again. The main house where the food was served was freezing cold and they kept the doors open. Water leaked from above when entering the main house. The shower went from boiling hot to freezing cold in seconds, just to name a FEW. Decided to end our stay after two days instead of the three we had planned. Obviously the owner is pocketing the very expensive room rates and not putting any money back into the place. It's a dump. The people writing those rave reviews must be being paid for them, or those people haven't been to the better B&Bs. We have been staying in B&Bs for many, many years in our 57 years of marriage but never encountered anything like this place.

I invite potential guests to read the 800+ excellent reviews we’ve received over the years....

Report response as inappropriateThank you. We appreciate your input.
This response is the subjective opinion of the management representative and not of TripAdvisor LLC
AMEvola
5
Reviewed 30 March 2021
First-time stay was a hit!

My husband and I began a two-week road trip to South Carolina in Cape May. We had never been there before and chose Angel of the Sea , because we enjoy B and Bs.

Arriving around 2pm, we were greeted immediately by Jenny Lee (?) who explained the inn's layout, the hours for tea, wine and cheese, and breakfast. She then escorted us to the second of two buildings so we could settle in.

Our room was exactly as described on the inn's website. We stayed in the Honeymoon King. Located on the third floor (stairs, no elevator), it offered great views of the homes around the inn as well as the ocean, and a great porch which can be entered just outside our room in the hall. The bed was comfortable, the water was hot, and little amenities such as shampoo, soap, and lotion were provided along with a couple bottles of water.

Being across the street from the beach was a huge bonus. We walked over to take pictures and look for shells. For those who wanted, bicycles were available. Anyone who wanted to relax and read a good book could sit on the extensive porch system which connects to two buildings making up the inn.

Tea was served in the afternoon with lovely sweet treats. We were invited back for wine and cheese plates later. Breakfast in the morning was plentiful and extensive. Everything was complimentary.

We only stayed one night and will come back for a weekend at some point. Great place!

Room tip: Read the website's room descriptions for a room that best meets your needs. There are many different options from which to choose.
Ask AMEvola about Angel of the Sea
Thank AMEvola

We love it when our guests share their happy experiences at the Angel! Thank you so much It was our pleasure to serve you We hope to see you again very soon‼️

Report response as inappropriateThank you. We appreciate your input.
This response is the subjective opinion of the management representative and not of TripAdvisor LLC
Cheri-young12
1
Reviewed 29 March 2021 via mobile
Perfect weekend getaway

We had an amazing weekend!!!Took my mom here for birthday. The place is beautiful , and the staff is so friendly and helpful. We will definitely be staying here again. The food was delicious, breakfast was definitely our favorite!!!

Thank you so much!! I We are so happy to hear that you and your mom enjoyed your stay at the Angel Thanks for mentioning our friendly staff and yummy food! We look forward to seeing you again

Report response as inappropriateThank you. We appreciate your input.
This response is the subjective opinion of the management representative and not of TripAdvisor LLC
View more reviews
PreviousNext
123…
<script type='text/javascript' crossorigin='anonymous' async onerror='__scriptLoadError(this,true);' src='https://static.tacdn.com/a