Wow. "Lisa" and "Shannon" were tops on quick phone help, welcoming, and opening a reservation back next day when found all hotels local full up due foliage crush on Columbus big weekend. Sure, some USBs would be great, but not worth concern these days. Older place but excellent clean and everything worked perfect. Beds really excellent. Great stay and greatest staff. All following Dr. Fauci guidlines.

Room tip: Like stay 1st floor, but was tiny bit noise from that pool area
See all 247 reviews
Nearby Hotels 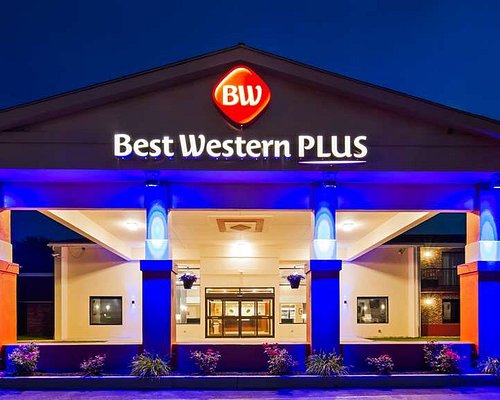 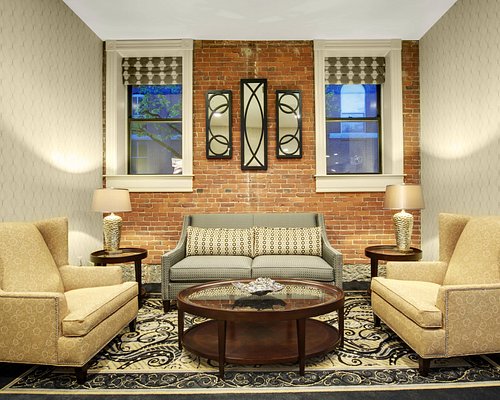 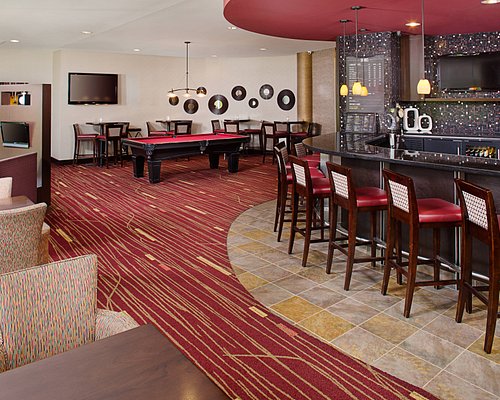 I normally love staying at Holiday inn Express. This time was different. Although the staff was friendly and required me to sign an acknowledgement of the Keene Covid-19 ordinance, within minutes of being in the hotel I saw several (5 different individuals) people walking down the hallways and utilizing the elevators without masks or concern for social distancing. The front desk girl seemed oblivious or uncaring. Once inside the room, the AC unit had to be turned completely off due to it's loud rattle and buzzing. And-although it's a small thing, there are NO USB outlets in the room-so if you are without charging blocks you will be unable to charge any devices. These are such a common hotel offering these days that their lack is noticable here, and lends a dated/nostalgic feel to the room.

Thank you for choosing to stay with us and for posting a candid review. I was very concerned to read your comments about guests not observing COVID-19 protocols as well as the AC unit, and no USB outlets. I understand your dismay, and I am sorry. This is not the frictionless experience that we wanted for all our guests. I will make sure to share your comments with our team for the necessary improvements needed on our end.

Thank you for being a member of our IHG Rewards Club, and I still hope you would give us another chance in the future.

Report response as inappropriateThank you. We appreciate your input.
This response is the subjective opinion of the management representative and not of TripAdvisor LLC
ChrisR111_1_11
1
Reviewed 24 August 2020
Great stay

I stayed here for 4 nights, the experience was nothing less than great! The staff is exceptionally accommodating! Lisa, Saige and Peter literally are amazing, they did anything they could to ensure my stay was great, the food in the mornings was perfect a balance. Also the cleanliness was remarkable, I really felt at home here and could tell they actually cared about the guests and their needs. Just a great experience, I will always stay here everytime I'm in keene

This review is the subjective opinion of a TripAdvisor member and not of TripAdvisor LLC
spaceylee1
East Bridgewater, Massachusetts
9642
Reviewed 12 August 2020
motorcycle trip

last resort dont stay if possible..during covid one would think the place would be clean...vending machines empty ice machine broken doors to outside not secure and wide open..rug was wet and smelt like a dog..GROSS...pool says closed but people were in it swimming anyways..wouldnt stay here again...even our bathroom had cobwebs so you can tell it hadnt been clean in awhile...

Thanks for trusting us for your travels.

I am sorry to learn that you had some hiccups during your stay. Cleanliness is what defines us and as our brand, but we failed to live up to the expectations. I have communicated your review with the local team, and I am confident that they will use your comments to improve our services.

I hope you will give us a chance again to show you that your unsatisfactory stay was an exception.

Report response as inappropriateThank you. We appreciate your input.
This response is the subjective opinion of the management representative and not of TripAdvisor LLC
PeterAK99
Lancaster, Pennsylvania
83
Reviewed 4 July 2020 via mobile
A modest but mostly comfortable and clean hotel

Stayed here recently on trip through southern New Hampshire. We have stayed here with our pets before because it it clean and comfortable. Lobby has no-touch entry doors and protective glass around the reception desk. But we were disappointed that other guests chose not to wear masks in public areas. While there were encouragements to socially distance, we won’t stay here again until there is an expectation that all guests wear masks in the hotel’s public areas.

Thanks for the stay and feedback. I am happy that your location worked for your travel needs. On the other hand, I am sorry that you were disappointed on how safety and health protocols were not properly followed. I have taken note of your comments and shared them with management for review to make necessary actions to address these concerns.

I hope you give us a chance to host you again in the future.

Report response as inappropriateThank you. We appreciate your input.
This response is the subjective opinion of the management representative and not of TripAdvisor LLC
Giannina S
Boston, Massachusetts
5520
Reviewed 18 February 2020 via mobile
Pleasant Staff, Good Enough

Staff was very welcoming upon arrival though I was not as impressed by those covering the front desk the following 2 days. Lobby was well appointed, modern and clean. They offered coffee, hot cocoa, cookies, and water all day which were well received, especially after skiing. The breakfast area was very nice and clean. Close proximity to the movie theater. Not far from the Gorge, which by the way was not running it’s chair lift. Regarding the rooms, the beds were small and not super comfortable. Room was outdated and in need of up-keeping. We didn’t care for the sink outside the bathroom, as it woke others up. Bath area tight. Shower products were good. Breakfast on the first day was efficiently run and well stocked. The second day, the buffet had been cleaned out and though it was replenished, there wasn’t enough warm food for those waiting. Housekeeping was slow and we had to request for our room to be done while we waited in the lobby, after being out MOST of the day. The coffee and lotion in the room were not restocked. All in all, we would likely return due to location and value for our money. A nice family get a away. Close to various mountains, including VT.

That you for choosing us to stay. We put our effort into providing an environment full of bliss and relaxation. Thank you for the great comment about our location, services, and cleanliness but I am sorry for the inconvenience with housekeeping and the dining area among other problems. I have forward your comment to our management and they are going to take action to rectify the errors. I invited you to come and have another great stay with us.

Report response as inappropriateThank you. We appreciate your input.
This response is the subjective opinion of the management representative and not of TripAdvisor LLC
View more reviews
PreviousNext
123…42