US$93
US$78
View deal
SAVE US$15
Free cancellation until 13/05/21
ExpediaUS$84
FindHotelUS$93
ZenHotels.com
Prices are the average nightly price provided by our partners and may not include all taxes and fees. Taxes and fees that are shown are estimates only. Please see our partners for more details.
credog54
163

Good Stay and came away with money!!

Overall, a good stay... Check in was easy, we had to exit a day early and that worked out ok... The room was good for the most part.. the TV sucked as it kept losing signal or freezing up. The bedding was a little on the crackly side. If ever in town, we might stay there again

As far as the casino, it is a 3 floor setup and it had a lot of the older established machines and none of the newer ones that we see out there now. The Mrs was able to hit a full screen of wilds and that was good.

See all 1,035 reviews
Nearby Hotels 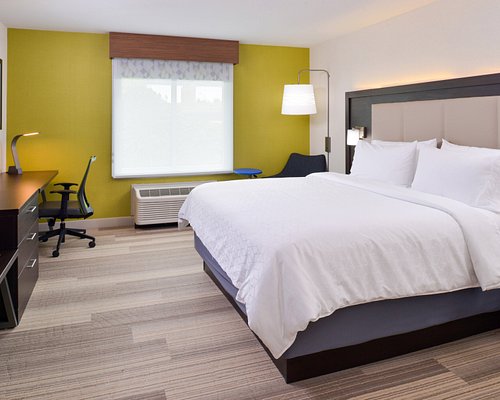 The strongest drinks out of all casinos in Shreveport. Big cups. Go early in the mornings for fantastic service. Excellent bloody mary's. More penny slots than any other casino. We did not realize there was parking next to the casino and we parked in the parking garage across the street by mistake. Sunday nights at the hotel are overpriced, so we stayed at another resort.
Dress nicely, go early, and tip the waitresses well. You will be treated well.

This review is the subjective opinion of a TripAdvisor member and not of TripAdvisor LLC
Claudia10229
Dallas, Texas
17881
Reviewed 11 December 2020
Room was spacious and clean, Covid19 santized

We were unsure of traveling during the virus times but we had some casino comps that were going to expire so we decided to stay the night. The room was clean and the hotel had a sheet of paper with the type of cleaning they perform, see photo. We noticed that the TV screen was streaky which actually was okay with me since it showed that they had cleaned it. We still brought our own disinfecting supplies, but the bed was fresh and comfortable. Towels were plentiful.

The even number rooms face the river while the odd number face the city, pool and a partial view of the river. We did eat at Smokey Joes restaurant but you need to check their hours since it is not open as much as it used to be. We had a wonderful waitress, Kiki. She was very polite, checked on us often for drink refills and to verify if we needed anything. She made a huge difference. The Java Deli was open for breakfast and lunch items and the salads were tasty, plus sandwiches were good.

The casino was mixed. Many of the slots had plexiglass in between them, some slots were totally turned off and others had chairs missing. So I felt good when I selected my slot areas. What was sad, the security team didn't make an effort to remind people to put on their masks. People would take off while drinking and playing a slot and forget to put on. Security and waitresses should have done better to remind slot players.

We appreciate you taking the time to provide positive feedback from your recent visit and we're already looking forward to your next trip!

Report response as inappropriateThank you. We appreciate your input.
This response is the subjective opinion of the management representative and not of TripAdvisor LLC
DayTrip564724
5
Reviewed 27 October 2020
Surprise visit to see my kids !

I have stayed at Sam's many times when going to Shreveport. The hotel is immaculate. The casino stinks, but they all do because of smoking. There are several restaurants and the last time I was there they had live music near the entrance to the casino.

Thank you for visiting us and for taking the time to share your wonderful experience with others! We look forward to welcoming you back for more five-star guest service very soon.

Report response as inappropriateThank you. We appreciate your input.
This response is the subjective opinion of the management representative and not of TripAdvisor LLC
jerrysR9678QB
Owasso
7811
Reviewed 24 October 2020
Awesome time...left some (a bunch) of money there

As residents of Oklahoma, my son and I are well acquainted with casinos in general. We booked a room there because we planned to consume some "spirits" while we were there. We both played roulette and had a blast interfacing with the staff. Our luck wasn't good...no surprise there. But, that wasn't the casino's fault. It is, after all, a game of chance.

I took a stab at some Black Jack...no success there either...but had a blast.

And yes, we did get pickled. "Small" drinks were complementary as were "shots" of the cheaper liquor. So, we wanted to get a buzz and have fun...we did just that.

This place doesn't charge an ante...unlike the Indian casinos that we have frequented in Oklahoma. So, this was a welcome change for us.

Thank you for visiting us and for taking the time to share your wonderful experience with others! We look forward to welcoming you back for more five-star guest service very soon.

Report response as inappropriateThank you. We appreciate your input.
This response is the subjective opinion of the management representative and not of TripAdvisor LLC
Veronica577
CONROE
5728
Reviewed 22 October 2020
Very enjoyable stay

We just spent 3 nights at Sam's Town. The staff was very courteous, professional and attentive. We enjoyed the clean gaming area. We also won which was a plus. The restrooms were very clean as well. We used the gym, again very clean. We even enjoyed the large hot tub. The room was absolutely clean and the housekeeping staff again very courteous. Every single staff and patron we saw had masks on. Not much choice in terms of food but we found the Blind Tiger within walking distance.

We appreciate you taking the time to provide positive feedback from your recent visit and we're already looking forward to your next trip!

Report response as inappropriateThank you. We appreciate your input.
This response is the subjective opinion of the management representative and not of TripAdvisor LLC
View more reviews
PreviousNext
12…173
<script type='text/javascript' crossorigin='anonymous' async onerror='__scriptLoadError(this,true);' src='https://s