US$132
US$104
Free cancellation until 01/12/21
View deal
Booking.comUS$107
Hotels.comUS$107
ExpediaUS$107
Agoda.comUS$107
ZenHotels.comUS$132
Trip.com
View all 8 deals
Prices are the average nightly price provided by our partners and may not include all taxes and fees. Taxes and fees that are shown are estimates only. Please see our partners for more details.
jsander830
North Port, Florida
8243

One of the Best!

Stayed for one night on our way home to Florida. We stay at a lot of Holiday Inn Express hotels and this is one of the best. The hotel is approx. 5 years old, but looks brand new. It's obvious that management really cares about appearance and quality. Our room was clean, well appointed and comfy. Staff was helpful and efficient. If you like biscuits and gravy for breakfast (which I do), this is your place. Thick brown gravy with big chunks of sausage, not the watered down white gravy with specks of sausage that you usually see.

See all 196 reviews
Nearby Hotels 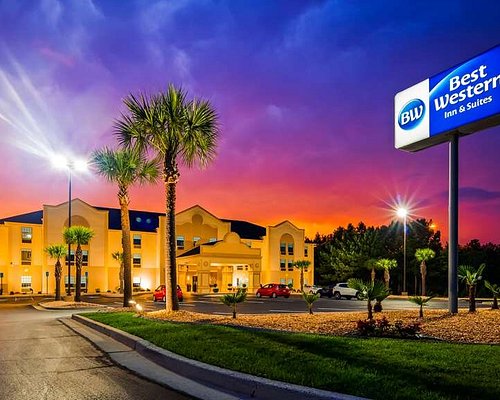 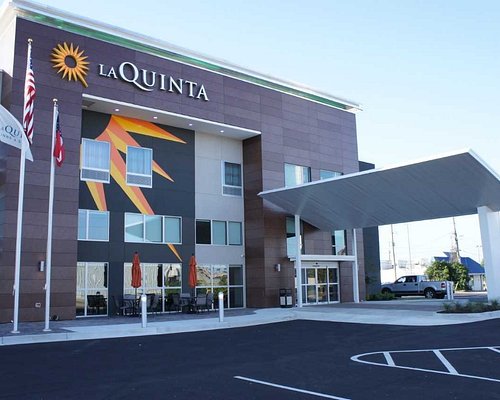 Breakfast included
La Quinta Inn & Suites by Wyndham Perry
US$120
US$104
Tripadvisor
View deal
Pay up to 12X
Hotels.com
Agoda.com
US$104
ZenHotels.com
US$120
View all 8 deals from US$104
100 reviews
0.7 km from Holiday Inn Express & Suites Perry-National Fairground Area, an IHG hotel
We compared the lowest prices from 8 websites

Filled in with concrete. Third IHG this week, first one didn’t have one, second one didn’t work, this one has been filled in. Heart officially broken. We take a weeks vacation with all our kids every year and this is the one relaxing luxury I as the mom enjoy. #wherehaveallthehottubsgoneaskingforafriend.

Thank you for choosing IHG for your family vacations. We are glad to have you at our Holiday Inn Express Perry-National Fairground Area.

We wanted to be a great place to rest and recharge for your family. I am sorry that you were not able to enjoy the luxury of having a relaxing time at the hot tub. Our hotel currently does not have one on the property. I am taking note of your feedback and sharing it with our hotel management. It could be a great addition for future improvements.

We hope you will join us again in the future and impart a better stay.

Report response as inappropriateThank you. We appreciate your input.
This response is the subjective opinion of the management representative and not of TripAdvisor LLC
Grayson5
Opelika, Alabama
22148
Reviewed 26 July 2019
Great location

Very clean rooms and comfortable mattress. The highway noise was a little loud but I slept well so it must not have bothered me. I was there for a meeting in the hotel, nice meeting room. The breakfast was good.

This review is the subjective opinion of a Tripadvisor member and not of TripAdvisor LLC.
Celeste M
1
Reviewed 20 July 2019
Terrible Customer Service

I booked a business trip on 7/16/19 for the following evening 7/17/19 at the Holiday Inn Express in Perry, FL (or so I thought). When I arrived the following evening I didn’t have a reservation there and that’s when it was discovered it was inadvertently booked for Perry, GA. The nice lady at the desk in FL (Crystal) said that has happened in the past and easy mistake to make. I called the hotel in GA immediately and was informed the reservation was booked through a booking site so I would need to speak with them directly. I did and explained my situation. The customer service rep called the hotel in GA, spoke with a man named Antwon. Antwon said he was told they WOULD refund the money but it would have to be done the following morning after the manager got there at 8:00 a.m. I called the booking rep again the next morning and they, again call the hotel in Perry, GA. They were then informed the manager would not be available that day after all and to phone back the following morning after 8:00 (today). The rep called the hotel in Perry, Ga again around 8:45 this morning and was informed by Jacob that the manager, whose name is Amber, was not in yet to try again in 20-30 min. So on our 4th attempt to reach the manager around 10:00 a.m., the manager informed the rep that they “were not” refunding the charge that they were full that night. As I said at the beginning, we were originally told the day of the reservation when we tried to cancel (7/17) by Antwon, that it WOULD be refunded but not until the following morning when the manager was there to do it. Honest mistakes happen and I can’t believe that this manager decided not to credit the State of Florida Credit Card the refund. After all, an IHG resort was still booked, just in Perry, FL. I phoned the day of, not even 24 hours after it was booked to make the cancellation. I have never in my life gone to so much trouble for a refund especially after being told it would be. This is definitely not “True Hospitality”. Simple greed is what this is and I’m disgusted by this manager’s work ethic.

I understand you're upset as your request for a refund wasn't accommodated. We certainly want the best experience for you, and hearing this wasn't the case is truly disappointing. I want to look into this further so I've sent you a private message to gather more details about your stay.

Thanks again for you review.

Report response as inappropriateThank you. We appreciate your input.
This response is the subjective opinion of the management representative and not of TripAdvisor LLC
waynebP2344MK
Fort Myers, Florida
759139
Reviewed 14 July 2019 via mobile
Excellent Stay

We were on our way back to south Florida and decided to stop for the night. The holiday in express was very convenient and close to the interstate. It is a very modern hotel and well equipped.
We had a room on the fourth floor in the back which was very comfortable.
they have a very large hot breakfast included in the morning.
the staff were all very friendly and helpful.

This review is the subjective opinion of a Tripadvisor member and not of TripAdvisor LLC.
Englishpapas
Fishers, Indiana
4911
Reviewed 19 June 2019
Great

This review is the subjective opinion of a Tripadvisor member and not of TripAdvisor LLC.
View more reviews
PreviousNext
1234…