US$72
View deal
Booking.com
Agoda.com
Trip.com
View all 7 deals
Prices are the average nightly price provided by our partners and may not include all taxes and fees. Taxes and fees that are shown are estimates only. Please see our partners for more details.
willnotstayhereagai
LaGrange, Georgia
12

We checked in at 5AM and was told that we had to leave by 11AM on the same day. No Toliet tissue in bathroom.Customer service was very disrespectful(Lucy). She wouldn't give me a contact number nor name for the manager. We will not be staying there again.

See all 74 reviews
Nearby Hotels Hotels.com
View deal
Expedia
ZenHotels.com
US$111
Booking.com
View all 7 deals from US$111
460 reviews
0.7 km from Rodeway Inn
We compared the lowest prices from 7 websites 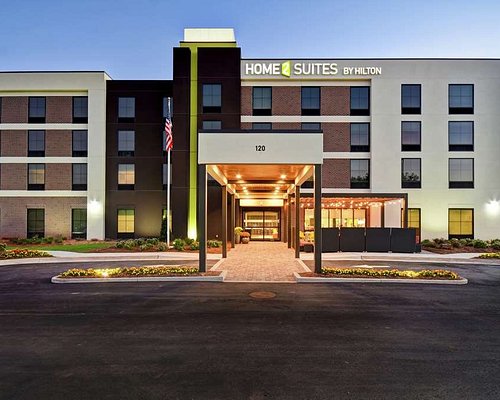 Hotels.com
View deal
Expedia
ZenHotels.com
US$138
Booking.com
View all 8 deals from US$138
159 reviews
7.6 km from Rodeway Inn
We compared the lowest prices from 8 websites 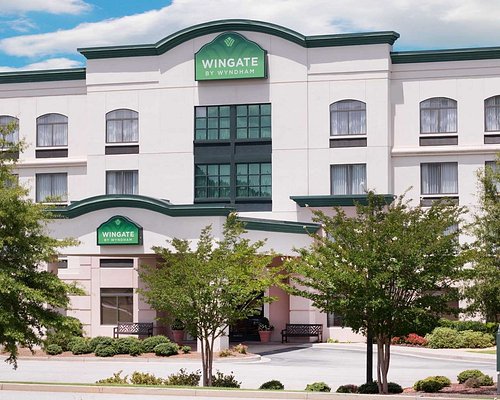 Booked this hotel . Stayed less than 2 hrs found so much stuff wrong at this hotel. Where to begin : 1 unclean rooms 2 broken tub 3 rusted sinks 4 Bug infested beds 5 Rude staff ect.... Left demanded my money back he only is giving two nights of my money back . Friends mom money helped me get another hotel . Love my accommodation at my new hotel Hampton by Hilton staying with the company I always book with . Wish I would have taken a picture of this hell whole of a hotel.

This review is the subjective opinion of a Tripadvisor member and not of TripAdvisor LLC.
mrpar3pro
Medina, Ohio
9610
Reviewed 5 May 2018 via mobile
Reasonable stay

My company said this was their first choice so I booked it. You enter from the outside. The lobby was nice, which is good, since I could not check in. The internet was down so I had to wait. Then it kicked in. The room was older but well maintained. Breakfast wasnt much but I was not that hungry anyway.

This review is the subjective opinion of a Tripadvisor member and not of TripAdvisor LLC.
S8440EHlisam
Elba, Alabama
31
Reviewed 4 January 2018
My advice is Move on Down the Road

Upon arrival, it was pretty obvious that someone had been smoking in this "non-smoking room". There was a plastic bag hanging from the ceiling that was covering the smoke detector. It was evident that someone did not want to set off the smoke alarm with their cigarette smoke. Surely someone that was cleaning the room would see the plastic bag hanging from the ceiling. (Apparently not) There were 4 people staying in the room. When we came back in for the night, we discovered there were NO towels, bath cloths, bathmat, cups or toiletries in the room. I went to the front desk to request towels for 4 people. The night manager said he would bring them to the room. Fifteen minutes or so later, still no towels. I called the front desk and he said I will be there shortly. He did arrive with only 2 towels and NO bath cloths for 4 people. I called the front desk again and reminded them of my request for 4 towels and bath cloths for 4 people. Several minutes later someone arrived at the door with one towel and one bathmat and no bath cloths. We were so annoyed that we just went to bed with out taking a shower. Never again. I should not have to pay for a service and then have to REQUEST things that should be in the room to start with. Oh and I did not mention that there was dried toothpaste in the sink and on the faucet. It made us wonder if the sheets had even been changed.

This review is the subjective opinion of a Tripadvisor member and not of TripAdvisor LLC.
Judy L
Cookeville, Tennessee
827275
Reviewed 15 October 2017
Disappointed

We stopped here on our way home from vacation for the night. We chose it because of location and trip advisor reviews. The man at the front desk was very nice! So very nice that it made being disappointed in the room feel wrong. Never have we requested our money back for a room. We have always made the best if we were not fully satisfied. Just couldn't do it this time. The room had an odor that was a cross between smoke & must. It was a no smoking room. However, the toilet seat was up and badly stained with cigarette ashes on the bowl. Kinda made me think of an old gas stations men's room. The room had dirty stains (needed paint) through out. The bed covers were old and seemed musty. To top it off, there were dead roaches in the floor. Even my husband drew the line there. Maybe this room just had not been used in awhile. I don't know. I just hope they can do what needs to be done to the room to match the service at the front desk personality.

This review is the subjective opinion of a Tripadvisor member and not of TripAdvisor LLC.
pransomjr
Kennesaw, Georgia
12122
Reviewed 18 July 2017
Very Disappointing Stay

I stayed here for one night on July 16, 2017 and I was extremely shocked by the things I saw. Where most hotels have laundry facilities, this place's was a joke. They had washers and dryers in the open breezeways, not in room like most places. They were literally falling apart. On washer on the 2nd floor had the control panel hanging off the washer. They dryer had a lot of electrical tape holding the door and change tray on. This was a horrible thing to see when going to the room. I know this is a budget hotel but this seemed like safety issues. The room was okay but it was in need of a lot of repairs. The AC unites had dust hanging all off the front. The bathroom light did not work. When I called the front desk they said they did not have anyone to fix it. I realize this is a budget hotel but really they need to work on a lot of things. In my opinion I think they were just out to make money and not do any work to maintain the property. If you are in a huge bind and could not afford anything better then all I can say it was a bed in a room that was about it. I do not know how the fire marshal has not been all over them for safety issues. The smoke detector in the room which I always check when I travel did not work. So all I can say is if you stay here,my prayers are with you and good luck.

Room tip: It is a bed and a roof that is about it, don't expect everything to work.
Ask pransomjr about Rodeway Inn
1  Thank pransomjr