Agoda.com
Trip.com
Prices are the average nightly price provided by our partners and may not include all taxes and fees. Taxes and fees that are shown are estimates only. Please see our partners for more details.
michelleT7923PT
1

Tried calling the hotel on our way there for 1.5 hours but no answer. Reception staff were lovely at check-in.
On our floor we were surprised to find a mix if random bits & pieces all over the floor... an office chair, a random exercise bike, buckets. The lock on our bedroom door wouldn't lock.
At dinner once we'd had a seat, we waited almost an hour before we had to ask someone to come and take our order. We then had a tall red head slump over and say "Are you ready to order or what?" He was completely unprofessional and unfriendly. Food then tool a long time to arrive.
"Buffet" breakfast the next day was a disaster... the food was roped off and the wait staff served your food from the buffet- the line up was horrendous and considering most people were there for a swimming race or the Easter show it would have made everyone late. No value for money either as the lineups discouraged you from bothering to go for more.More

Show less
Review collected in partnership with Accorhotels.com
This business uses tools provided by Tripadvisor (or one of its official Review Collection Partners) to encourage and collect guest reviews, including this one.

At the Novotel, we strive to provide a superior service experience for every customer; therefore your feedback is very important to us. Please rest assured that we are taking the appropriate measures to address the problem and prevent future occurrence.

We appreciate your sharing your concerns, and it is our hope that you will give us the opportunity to better serve you in the near future.

Report response as inappropriateThank you. We appreciate your input.
This response is the subjective opinion of the management representative and not of TripAdvisor LLC
See all 1,502 reviews
Nearby Hotels 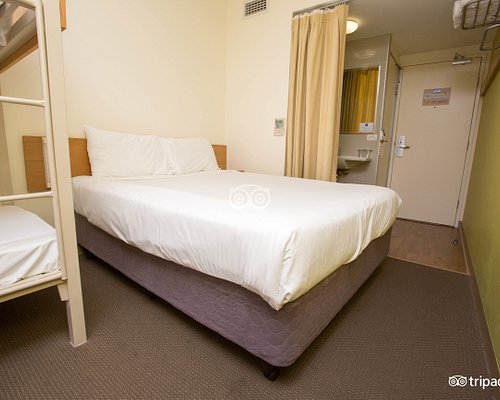 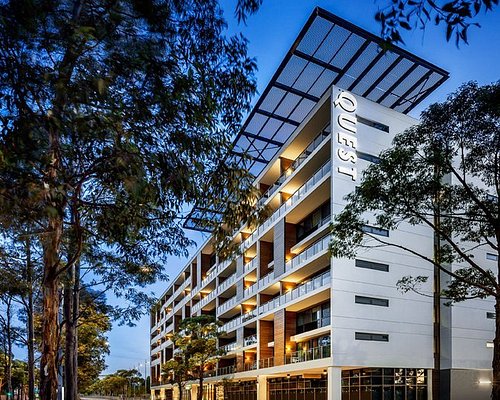 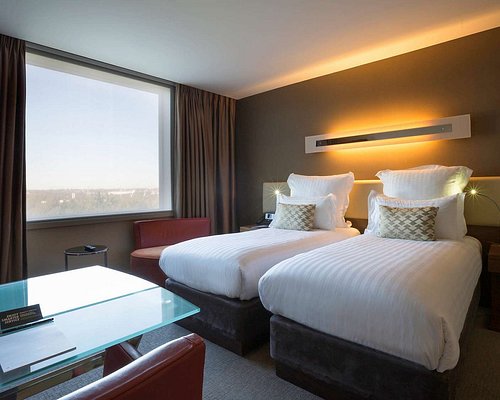 Benjamin the Duty Manager was extremely helpful and very accommodating to our needs.
First Class service

We have stayed three times and will be back again. Very centrally located - absolutely perfect for the Sydney Royal Easter Show

Review collected in partnership with Accorhotels.com
This business uses tools provided by Tripadvisor (or one of its official Review Collection Partners) to encourage and collect guest reviews, including this one.
Ask Pathfinder272778 about Novotel Sydney Olympic Park
Thank Pathfinder272778

Thank you for the great review of our hotel! We are glad that you enjoyed your stay and hope to see you again very soon.

Report response as inappropriateThank you. We appreciate your input.
This response is the subjective opinion of the management representative and not of TripAdvisor LLC
fiona150462
Muswellbrook, Australia
116
Reviewed 4 weeks ago via mobile
Just fantastic

Over the years, we’ve been to the Novotel here, at Sydney Olympic Park, quite a few times.
This visit has been exceptional, from the front desk guys, to the restaurant, and car parking... everything.
Nothing too much trouble, everyone really understands the concept of customer service. Special mention to Benjamin on front desk, and Andrew, running Restuarant and hospitality.. 10/10 achievers. Just wonderful. Thankyou

Thank you for the great review of our hotel! We are glad that you enjoyed your stay and hope to see you again very soon.

Report response as inappropriateThank you. We appreciate your input.
This response is the subjective opinion of the management representative and not of TripAdvisor LLC
rowanr1955
Cortona, Italy
212139
Reviewed 22 March 2021 via mobile
Quarantine for Fourteen Days

Fourteen days in one room without exercise or being allowed out for fresh air is not a pleasant experience.One does not get to choose the hotel for this experience. The Government makes that decision.
The best thing about the Ibis at Sydney Olympic Park is its location next to the Stadium and looking towards the Athletic Centre.
The most positive thing we can say about the experience is that everyone we dealt with- the Police, the ADF, the Health professional and the Hotel staff were courteous and polite.
The Hotel staff were unfortunately also pretty incompetent- orders not arriving, or arriving hours late or not at all or wrong( One day when ordering a “ Pinot Grigio” we received a Pinot Noir -well you asked for a “Pinot” what’s the problem?).
The Hotel is tired and run down. I doubt it has had much attention since it opened at the time of the Olympic Games in 2000. Our rooms were not clean on our arrival, ( black mould in the bathroom, dust, carpet not clean, sheets clean but stained,insects on the window sills,the interconnecting door would not open properly, the bathroom door did not shut, the toilet seat did not work properly,the mini bar fridge broke ( it was replaced but the broken one remained in the room blocking the entrance for 2 days), a few of the globes were broken and the lighting in the rooms was pretty terrible and the air conditioning worked only some of the time. The TVs are not very “Smart” and do not mirror screen from IPads or computers and the free to air is very limited! The food was very mixed- generally quite good lunches but both breakfast and dinner usually had far too much sugar and carbs and on occasions were inedible.
I am amazed the Hotel retains its 4 Star Rating.
I will not be visiting another Ibis Hotel voluntarily.

This review is the subjective opinion of a TripAdvisor member and not of TripAdvisor LLC
Wozworldtraveller
Melbourne, Australia
4
Reviewed 27 November 2020 via mobile
Not a four star

Stayed here to go to a concert close by.
Large room with great position and view but room very expensive.
Dirty sofa and dining table, bathroom not very clean with cracked tiles. Very musty but lucky windows could be opened.
Needs updating, too expensive. Definitely a three star at best.
Staff were helpful.

This review is the subjective opinion of a TripAdvisor member and not of TripAdvisor LLC
kwil22
Melbourne, Australia
2118
Reviewed 5 November 2020 via mobile
Great location for sports, seems stuck in the 00s though.

Nice hotel which is smack bang in the centre of the Olympic precinct. Great location if you're going to any event in the area.

Nice reception and lobby, well set out and inviting. The staff here were very welcoming too.

The rooms are quite awkward and it feels like no love has been put into them since the Olympics ended 20years ago. The curtains are some of the most hideous I've ever seen. It looks like there's been a murder previously in the room or something as they've got red 'artistic' splotches on them. The bathroom could use a good renovation, awkward shower/bath. Desk and TV system also dated.

I'd consider staying here again for its location, which is probably all you'd stay in this area of Sydney for. Otherwise look elsewhere if you want more modern luxury in your room.