US$74
View deal
Free cancellation until 29/05/22
Reserve now, pay at stay
ZenHotels.comUS$139
Agoda.comUS$67
FindHotel
View all 8 deals
Prices are the average nightly price provided by our partners and may not include all taxes and fees. Taxes and fees that are shown are estimates only. Please see our partners for more details.
DaDeLor
Hong Kong, China
86101

It is too expensive for what it offers. Amazing, traditional, outdoor hot spring (the best feature of the hotel), wifi was okay, and free parking it is available in front of the hotel. Good location near annupuri ski resort.
Big hotel, not so quite, with large groups visiting the hot spring. Bad small in the common areas, room quality could be better (old hotel)

See all 118 reviews
Nearby Hotels 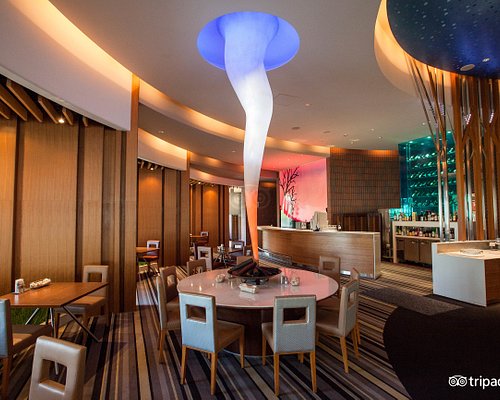 Hotels.com
View deal
Booking.com
Expedia
US$109
ZenHotels.com
US$132
View all 9 deals from US$109
477 reviews
7.8 km from Niseko Grand Hotel
We compared the lowest prices from 9 websites Hotels.com
View deal
Expedia
US$412
ZenHotels.com
US$500
Agoda.com
View all 7 deals from US$412
158 reviews
0.2 km from Niseko Grand Hotel
We compared the lowest prices from 7 websites
One Niseko Resort Towers

Hotels.com
View deal
Booking.com
ZenHotels.com
US$80
Expedia
US$88
View all 8 deals from US$80
308 reviews
0.7 km from Niseko Grand Hotel

Hotels.com
View deal
Booking.com
Expedia
US$110
Agoda.com
View all 6 deals from US$110
53 reviews
3.9 km from Niseko Grand Hotel
We compared the lowest prices from 6 websites
Ryokan A Ryokan is a traditional Japanese accommodation which typically features ‘futon’ (folding mattresses) on ‘tatami’ (straw mat) floors. Many Ryokan are known for their public baths (typically "Onsen" hot springs) and their traditional cuisine. 24/7 front desk service is not guaranteed for this accommodation type.
Sponsored
Yugokorotei
US$99

This review is the subjective opinion of a Tripadvisor member and not of TripAdvisor LLC.
VooDooTravelPro
London, United Kingdom
113105
Reviewed 25 December 2019 via mobile
Crack house ambiance no bar or lounge lobby area

We paid $350/night for this horrible hotel at peak season thinking it would be roomy clean and well maintained despite being dated. We were wrong.
The first sign of trouble is a cold and unwelcoming basic lobby with no warm place to hang or have an evening drink. Absolutely no apres ski bar or restaurant. The corridor to our room looked like a crack house. The mattresses were ancient and you could feel the springs. The fridge is tiny for a 6 person room. TV has 5 Japanese channels. We had 2 single rock hard beds and 4 floor blankets for the tatami room - lucky we were only 3 people and could stack them to sleep.
Breakfast was basic - with inedible scrambled eggs made from powder maybe. Coffee machine at breakfast made watery I stand coffee. The list goes on and on. Severely overpriced even for Niseko at Christmas time. Pay more and stay elsewhere! Avoid this place like the plague.

This review is the subjective opinion of a Tripadvisor member and not of TripAdvisor LLC.
Pioneer12562647477
11
Reviewed 17 December 2019 via mobile
Worst hotel ever

This hotel is the worst ever.
We booked the hotel on Agoda.com for a nonsmoking room and when we checked in only we found out that the damn hotel does not have non smoking room for their Japanese style room.
I have a so who has asthma and when we complaint the staff gave a spray for the smell of the room.
When we ask for change room - they just said fully booked.
Really upset with the situation we are caught in.
I wondered if it is language barrier or this hotel staffs are that terrible - the lady who checked us in just stared at us and shrugs off like saying “not my problem”.
Yes to top it off the place is run down and the hallways and open area are poorly heated. The rooms are with cracks and browning.

This review is the subjective opinion of a Tripadvisor member and not of TripAdvisor LLC.
shanghaiexpl0rer
Shanghai, China
5
Reviewed 30 November 2019 via mobile
Mixed outdoor onsen

Nice onsen. One of the few places you can go with friends or your significant other and yet still enjoy a nice outdoor area. Everyone was respectful, quiet and nice. The bath area is basic, but clean and comfortable. I would come back again. Next time I will bring my own towel and Yuami so i won’t have to pay for rental.

This review is the subjective opinion of a Tripadvisor member and not of TripAdvisor LLC.
yanvsnature
New York City, New York
6477
Reviewed 3 April 2019 via mobile
Probably great in 1971

Booking a hotel during prime ski season in Niseko can be so incredibly pricey, especially when you're also factoring in the cost of flying to Japan, eating out and paying for the lift ticket. My husband and I usually stay at nicer places, but we trying to save money and this place appeared to have decent reviews, so we went ahead and booked at the Niseko Grand for three nights.

Overall, I have to say that the hotel itself is a little worn down and tired. However, I do think that there are definitely some perks to staying here.

To break it down simply:

Pros: free breakfast buffet (it was primarily Japanese and Chinese food, and there was a large variety of options that I think would appeal to most guests), the onsite onsen was very large and allowed for co-ed bathing, the onsen was open all night, the proximity of the hotel to Annipuri was relatively close (5-7 minutes on the shuttle), there is a small gift shop in the lobby for snacks and any last minute ski gear that you may have forgotten and lastly, the hotel had a quaint, Japanese-type feel to it that was endearing. Oh, and the price. Compared to other hotels in Niseko, the price for the Niseko Grand wasn't too bad, especially when you factor in the free breakfast.

Con: the shuttles, although comfortable, were not very frequent and stopped early in the evening (the last one leaving Hirafu was 8pm-ish...a cab from Hirafu to Niseko Grand at night cost me about 35 bucks), the beds in the room were hilariously small (if you want some intimacy with your partner, I hope for your sake that you're both either thin/very small), there is very strange music that plays in the hallways at around 8am (when you factor in the strange music and the long, desolate hallways, I got the feeling I was in the movie The Shining) and lastly, the hotel was just drab and tired overall.

My final thoughts for the Niseko Grand is that without the onsen, it would probably be a 1.5 star hotel. But, the onsen really adds great value to the hotel, and even though the place was so drab, I would actually stay here again if I was on a budget and trying to cut costs.