Not as high end as it portrays - Inver Lodge Hotel

Agoda.com
Trip.com
FindHotel
View all 7 deals
Prices are the average nightly price provided by our partners and may not include all taxes and fees. Taxes and fees that are shown are estimates only. Please see our partners for more details.
hannahs398
Knutsford, United Kingdom
2330

Not as high end as it portrays

This hotel has stunning views but is definitely stuck in the 1980’s. Maybe that is part of the charm? The bed was VERY comfy and the bathroom was lovely... just the decor in the room was very old fashioned. It was clean but I did notice the dangerous baggy carpet in the main lobby. Definitely a trip risk.
Breakfast was supposed to be locally sourced produce but if I’m totally honest, it really wasn’t up to much. The bacon was rock hard and the sausage just oozed out water/fat when I pressed it. I couldn’t eat it.
Now... the butter.... there was a little pot of whipped white stuff which was apparently butter. I’m sorry but it really wasn’t butter. It was some kind of nasty white whipped spread that had been piped into the little pot to try to make it look fancy. I’m sorry but it was really unpleasant.
The manager was very friendly with a good sense of humour, and the girls at breakfast were really lovely.
This was one of the higher end hotels we have stayed in on the NC500 but it really was far from the best.
I do appreciate that Covid has hit everyone hard and the hotel was very quiet (maybe it’s struggling), but maybe turn the heating down a bit and buy better butter.More

Show less
Trip type: Travelled as a couple
See all 542 reviews
Nearby Hotels 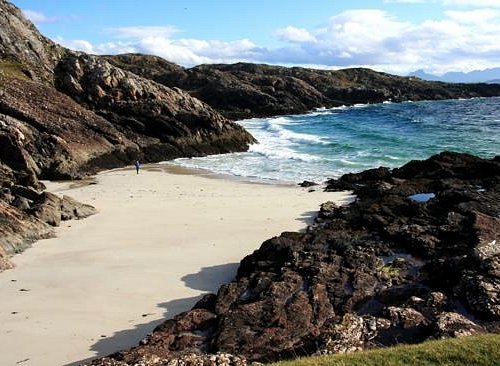 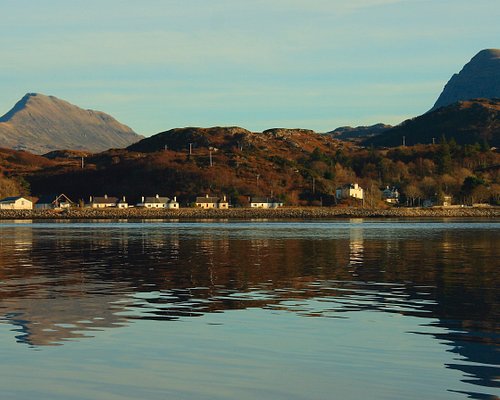 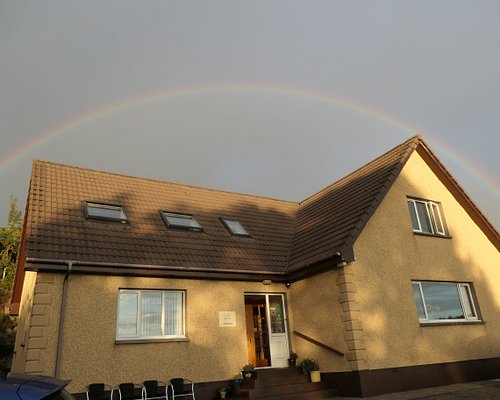 Very friendly staff and great location with lovely views but ultimately very overpriced and fails to get some of the basics right (i.e. working shower).
I don't normally take the time to write reviews but we stayed here last night and the experience wasn't great so felt I should warn others..
First impressions when we arrived were that the hotel was nice, with great views, but not as grand as we were expecting considering the cost.
The room was really large and well equipped, but again does not justify the £280 per night price tag in my opinion.
We had a couple of drinks in the bar before dinner which was nice, but be warned there's currently nothing on draught and a bottle of beer will cost you £7.50.
Dinner was a disaster. We'd rang to book a table beforehand after looking at the menu online, but sadly the actual menu was very reduced and much higher priced. The head chef was off for personal reasons hence the reduced menu, which obviously can't be helped but I feel like we should have been told this either when we booked the table or at least when we checked in.
We ended up going to bed without a meal because there was nothing on the reduced menu we liked and we'd both drank alcohol by this point so couldn't drive down into Loch Inver (it was too late/bad weather to walk).
The following morning I attempted to have a shower but couldn't because the drain was either blocked or simply not big enough, and so the shower cubicle began to fill with water if ran for any longer than a minute.
I'm sure this issue would have been solved if we'd stayed longer but we didn't have time to wait sadly.
On a plus note breakfast was very nice and was included in the £280.
We did negotiate a £50 discount for the issues we had, but I don't think this was really significant enough considering the the poor experience we had and initial cost.
Essentially it's what would be a nice 4 star hotel, except it thinks it's 5 star and therefore tries to overcharge for everything.

This review is the subjective opinion of a Tripadvisor member and not of TripAdvisor LLC.
caribbeanskipper
Derbyshire, United Kingdom
307252
Reviewed 12 August 2021
Pricey but no complaints except one

Arriving in the pouring rain didn’t help I suppose but our first impression was not a good one. The exterior has been painted in a dreary mucky dull mustard colour giving it a shabby appearance; the signage indicating the direction of the reception was unclear. The colour indoors is beige throughout. We thought we’d made a horrible mistake given the cost. It was a bit like a nursing home. We wanted sandwiches on arrival and a pot of tea but they don’t do lunch!

However the day was saved by the warm and friendly staff especially the Edinburgh university student working as a part time waitress. Dinner was very good and reasonably priced. The Scottish breakfast was amazing. The views are staggeringly beautiful. But let’s see a bit of farrow and ball colour being introduced: get rid of the beige and bring in fresh flowers too. Lastly you need bigger televisions, it’s a big bedroom the tiny tv looks ridiculous…I know the view takes priority but when it’s dark you maybe watch tv.

This review is the subjective opinion of a Tripadvisor member and not of TripAdvisor LLC.
Elizabeth2345
Ayr, United Kingdom
5692
Reviewed 12 August 2021
Stunning area

Perhaps not the prettiest of hotels, but a lovely warm welcome awaits inside from the friendly manager, Janet.
A spectacular view from our room, overlooking Lochinver harbour to the front and also Suilven out of the back window.
The restaurant was good - we enjoyed a lovely breakfast each morning and dinner on the Saturday evening was first class. Every member of staff deserves a mention, very friendly.
Our only reservation is that the public areas are slightly tired and would benefit from an upgrade.
A beautiful & remote area to explore, with fantastic drives to pretty bays and great for hill walking.

This review is the subjective opinion of a Tripadvisor member and not of TripAdvisor LLC.
Enjoythemomen
61
Reviewed 7 August 2021 via mobile
Massively over priced.

There’s nothing to complain about at this hotel. Friendly staff, clean and big rooms. Good shower. Good food. But I think they believe they’re much more than they are and consequently it’s all MASSIVELY overpriced. You’d struggle to pay this much for a good 4 star hotel in central London (with swimming pool, spa facilities etc)…….and it’s this over pricing that means you expect much more and they fail to deliver.

This review is the subjective opinion of a Tripadvisor member and not of TripAdvisor LLC.
Dawn B
1
Reviewed 1 August 2021 via mobile
Lovely, but not quite worth the price tag

Lovely large comfortable room with lots of amenities. Fridge and fresh milk very welcome and nicely refurbished bathroom. Food in restaurant was good in the evening although the background music was from the 60’s and very dated. The chef had a bit of a hissy fit during service which was entertaining but very loud through the crashing of pans etc. It did help to mask the awful music so was a welcome distraction. This is a lovely hotel but not sure it quite warrants the cost of the rooms. We stayed at the Stables on The Torridon estate later on our trip and the room was £100 per night cheaper but a similar standard.

Trip type: Travelled as a couple
Ask Dawn B about Inver Lodge Hotel
Thank Dawn B

This review is the subjective opinion of a Tripadvisor member and not of TripAdvisor LLC.
View more reviews
PreviousNext
1…345…