US$35
View Deal
Free cancellation until 12/03/21
Expedia
ZenHotels.com
Prices are the average nightly price provided by our partners and may not include all taxes and fees. Taxes and fees that are shown are estimates only. Please see our partners for more details.
ZhongguoKM
Kunming, China
589425

I've stayed here many times over the past ten years or so, with the last visit before this one being about a year ago. As I've said before in other reviews, this is a dependable hotel, nothing flashy but well managed.

This time (last weekend) I discovered a big remodeling was underway. This currently involves the lower floors, 6 through 12 is what one of the staff told me. As you might expect, this is causing noise.

I stayed on the 18th floor and it was still pretty loud. One day it was still going on at about 9 p.m. at night. Was pleased to see, however, that staff still phones a little after nine asking if I would like a complimentary glass of hot milk. Very nice touch.

As might be expected, occupancy has dropped off. This means the restaurants are pretty dead, even for breakfast. It's understandable that they can't lay out a big spread when they only have a few guests.

I was told the remodeling would be over at the end of June or beginning of July. Better go somewhere else until then. I look forward to checking out the finished product next fall.More 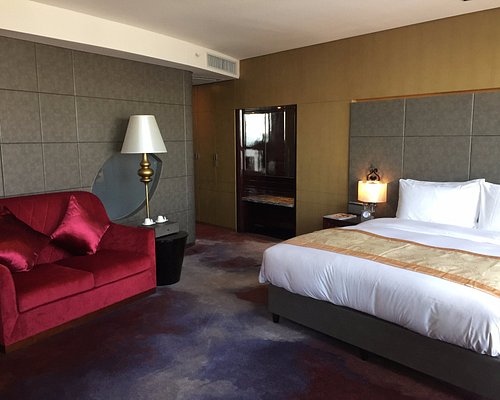 Sofitel Kunming
US$111
Tripadvisor
View Deal
Pay up to 12X
Hotels.com
Booking.com
US$111
Expedia
US$111
View all 6 deals from US$111
1,580 reviews
3.3 km from Golden Spring Hotel
We compared the lowest prices from 6 websites 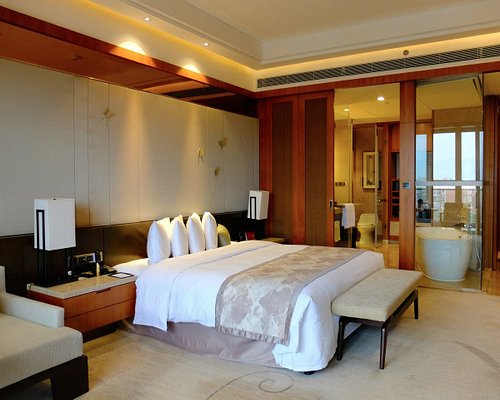 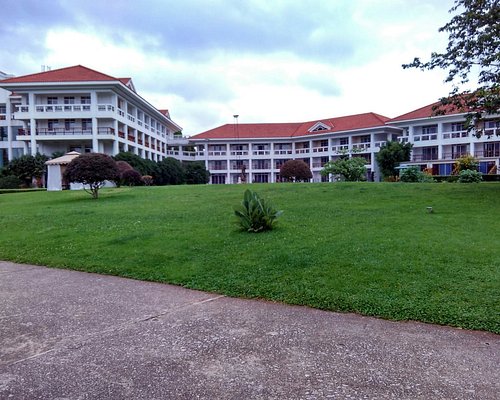 Though it is not a new hotel, I think it is reasonable with adequate, well-maintained facilities. Sheets and towels clean, shower has hot and stable temperature, wide selection of breakfast dishes (I like the classic Kunming noodle soup the best), peking duck at lunch buffet tastes fabulous, and dinner at the 1st floor restaurant was memorable. There's a convenience store 5 min walk away, and malls 10-15 walk away. Metro station 8-10min walk. Bus station 69 is nearby as well.

This review is the subjective opinion of a TripAdvisor member and not of TripAdvisor LLC
OzML
Woonona, Australia
197117
Reviewed 10 March 2017 via mobile
Dated business hotel

I stayed at the Kunming Golden Spring hotel for 2 nights this week while in Kunming for some business activities in the nearby area.

The hotel is tired and dated. All areas smell of cigarette smoke. The walls are paper thin and I was kept awake for much of the night by the very enthusiastic amorous activities in the adjacent room.

The breakfast (included) was a good Chinese selection, I can recommend the noodles. The wifi throughout the hotel is fast and free.

Check in and check out was reasonably quick, and the hotel takes western credit cards (Visa/MasterCard etc) without any issues.

Overall it was an OK stay, but I would probably try a different hotel next time in Kunming to see what else is available.

This review is the subjective opinion of a TripAdvisor member and not of TripAdvisor LLC
JFK777
Colombo, Sri Lanka
10052
Reviewed 17 December 2016 via mobile
'Awesome ' has a new name, yes a Chinese !

At this impressive hotel in the heart of Kunming, with everything close by.
Love it except for the fact that no one understands a word of English.
Comfortable bed and even better pillows and blankets makes your "dreams " sweeter...
Spacious rooms but sealed windows.
One lacuna is that just like everywhere else, people smoke everywhere making it such a nuisance.

This review is the subjective opinion of a TripAdvisor member and not of TripAdvisor LLC
ZhongguoKM
Kunming, China
589425
Reviewed 11 April 2016
A dependable business hotel

I've stayed here many times over the past few years. It's never spectacular, but it's always OK. Mainly a business hotel, with a small sprinkling of tourists.

Rooms are not terribly modern and definitely nothing swanky. But they are clean and the service is very good throughout the hotel.

I like the location, since it's near lots of restaurants and several bus lines that run East and West along Renmin Donglu 人民东路。

If you are staying here, go up to the 20th floor and have an authentic Chinese foot massage. Very professional and reasonably priced.

This review is the subjective opinion of a TripAdvisor member and not of TripAdvisor LLC
Jezlinhotravels
Hong Kong, China
3720
Reviewed 26 December 2015 via mobile
Not bad but not impressed

I was here with my family for 2 nights from 23-24 December 2015. We paid £37 per twin room per night via booking.com including breakfast.

The hotel was OK for location but the staff didn't seem to know much. Some of the things do seem a bit dated. There was WiFi which is free which worked quite well.

The breakfast was acceptable but I preferred if they served quality rather than quantity.

The hotel is close to some small restaurants but they're more the fast food types for locals than for foreigners. Also restaurants close very early - they stop serving at 8:45pm. People seem quite lazy.

My trip this time was perhaps a bit ruined by the fact that people in Kunming didn't seem too polite and were quite calculative compared to other big Chinese cities.