Booking.comUS$242
ZenHotels.com
Agoda.comUS$242
View all 9 deals
Prices are the average nightly price provided by our partners and may not include all taxes and fees. Taxes and fees that are shown are estimates only. Please see our partners for more details.
araoboco
Pemba, Mozambique
1

I really like this hotel. Is very well located, at the beach and also close to town. Is a peaceful place. There is only one thing i would advice: The employees, especially room service, they need to be their efficiency and smile when assisting a client.More

Show less
Review collected in partnership with Minor Hotels
This business uses tools provided by Tripadvisor (or one of its official Review Collection Partners) to encourage and collect guest reviews, including this one.

Thank you for choosing Avani Pemba Beach as your Hotel of Choice in Pemba. We apologize for taking long to respond. We appreciated your comments and have assisted us in improving our service delivery in room service.

We look forward to welcoming you back in Pemba.

Report response as inappropriateThank you. We appreciate your input.
This response is the subjective opinion of the management representative and not of TripAdvisor LLC
See all 152 reviews
Nearby Hotels 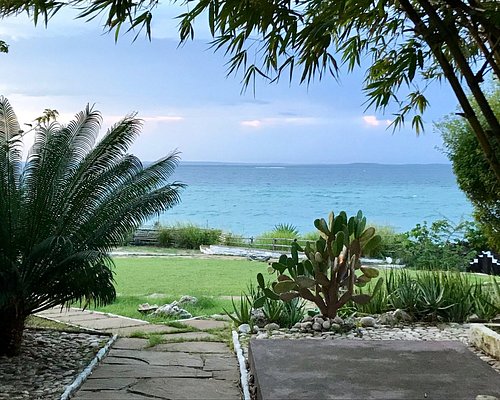 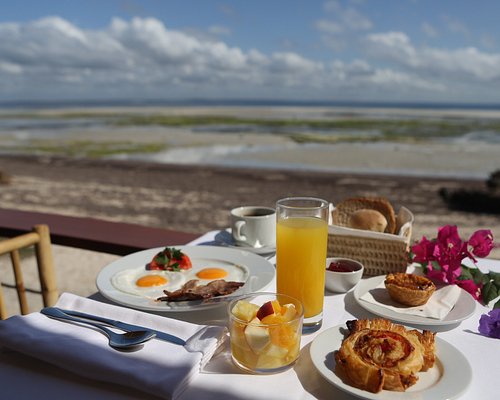 In 45 years of life, 9 of them in Africa and with more than 100 annual nights spent in hotels, this is the first time that I have filed a complaint

I went to dinner with 4 other more people at the Clube Naval restaurant. . On that day, a Friday, I went to the restaurant in the afternoon to make a reservation, which was refused because that night they would have a DJ.Even so, we went to dinner around 20:00.
A T-Bone with 500Gr is announced on the menu, but when the service arrived we immediately noticed that the said 500Gr T-Bones didn't even have 300Gr each. We called the manager and a correction was made, with the presentation of 3 more pieces of meat, without knowing which cut was presented.
At the end of the meal, we request 3 double doses of Johnnie Walker Blue Label. Two glasses were presented at the table with the information that they were 2 double doses and there was no more Blue Label.
I informed the employee that we where not going to accept the glasses because a drink that costs 100 USD dollars for a double should naturally be served in front of the customer. At the end, the value of the whiskeys was presented in the bill.
We refused to pay and the amount was withdrawn from the bill.
Meanwhile, a bottle of Blue Label appeared by miracle, and to prove our good faith we made ourselves available to purchase what was left of the bottle, which was refused.

After all these situations, the animosity of the Manager and other staff became evident, culminating in the refusal to serve us at the counter. We withdraw ourselves from the restaurant,with sadness,and with a very bad image of a restaurant linked to a brand of such great global prestige.

P. S. - I lived for about 3 years in Pemba and remember the service of Clube Naval in those days.
Today is a mere shadow of what was in the passed , unfortunately.

Thank you for taking the time to visit our Restaurant while in Pemba last Friday. On the onset, let me apologize about the bad service during your diner at Club Naval and also assure you that we take our guests feedback seriously as we use them to improve our service offering.
We value your business and sincerely regret that the service was not what you expected and deserved.
Your detailed comments will help us address the issues you brought to our attention so we can improve our service.

May I ask that you contact me on mmmango@minorhotels.com so that I can call you back.

I look forward to hearing from you.

Report response as inappropriateThank you. We appreciate your input.
This response is the subjective opinion of the management representative and not of TripAdvisor LLC
chicaloca94
1
Reviewed 18 March 2020 via mobile
Stunning !

This is my 2nd time at AVANI Pemba beach
Hotel, I generally do not visit same place 2 times however this is just a perfect place for me
If I need to stop Over before heading to Quirimbas Islands. Great value for money.
I do love those Apartments near by the gorgeous baobab tree. Staff is so genuinely helpful every time and so attentive on anything you might need. I am normally hard to be pleased But I found my room attendant caring about my habits, loved Armando and his smile while delivering my room service with stunning Mozambican king prawns. Thank you all,
I will see you soon on my next trip.

Thank you for choosing Avani Pemba Beach Hotel as your Hotel of choice in Pemba. Your comments will go a long way in encouraging our team to work hard more especially Armando who has played a great role in satisfying your room service requirements. We have passed the comments to the team and Armando.

We really happy that you enjoyed your stay with us and look forward to welcoming you back when you are in Pemba again.

Report response as inappropriateThank you. We appreciate your input.
This response is the subjective opinion of the management representative and not of TripAdvisor LLC
Lokamitra
Vadodara, India
246305
Reviewed 11 November 2019 via mobile
Great location, nice ambience, poor service

Arrived after two days travelling. Very tired and found the check long and tedious. There were three of us and it took nearly 20 minutes.

The rooms are ok but look a little tired. The view is really nice. Bed was very comfortable. The TV had very bad picture quality.

Eating. We are at the bar at night. Sitting outside. In the morning we sat out side the dining hall in the veranda. The food was quite good. However the service was quite slow. They speak Portuguese but struggle with English. Had some difficulty doing something as simple as splitting the bill.

When we asked for the veranda ceiling fans to be switched on it seemed beyond the staffs ability and we tolerated the morning heat patiently.

There is a nice small infinity pool at the edge of the lawn above the beech.

When I tried to take a shower there was no hot water. I waited and wasted so much water but it was tepid. Not so cold it was undoable but not comfortable.

In the morning I explained this but they didn’t seem surprised or much concerned “leave it running for some time”.

Check out was slightly quicker than the check in but we had an agent dealing with our billing etc.

The beach was very nice. You can see crabs and the water looks very clean. You can see small fishing boats about 250m out.

The hotel is reasonably accessible from the parking drop-down point with a good ramp at the front. Not sure about wheelchair accessible rooms.

Thank you for taking the time to provide us with your feedback following your recent stay at Avani Pemba Beach Hotel. We appreciate your feedback as it gives us an opportunity to continually review our service and facilities.

Please accept my sincere apology for the inconsistent service you received on your recent stay with us. I will ensure that further training is initiated so that such an occurrence is not repeated.

We look forward to hosting you on your next visit to Pemba.

Report response as inappropriateThank you. We appreciate your input.
This response is the subjective opinion of the management representative and not of TripAdvisor LLC
534jhm
Durban, South Africa
75
Reviewed 10 October 2019 via mobile
So dissapointing

I visited the hotel about 10 years ago. To see the deterioration of this once prestiges place, is heart-breaking.
Some of the outbuilding doors are hanging on on hinge or, missing. The once green lawns are becoming dessert sand. The restaurant is not open for dinner. The little curio shop is closed. The Niassa Bar has almost nothing as advertised on the menu. Zero red wine. The staff is friendly but can barely speak English. They advertise that you can have a meal in your room but, there is no menu. The safe in my room cannot open. When assistance arrived (2 hours later) I was told that those safe’s are outdated and will be replaced. ‘ You will have to live with it...’
Shocking state of affairs.
I give it another 5 years..

Thank you for taking the time to provide us with your feedback about your stay. I would like to apologize for not meeting your expectation.

We have definite procedures and processes in place to keep the property and service to the standard that we wish to offer to our guests. It is clear that in this case the product is not what you had expected. We will continue to work on improving the product so that guests can all have an enjoyable stay with us.

We appreciate your feedback as it gives us an opportunity to continually review our service and facilities.

Report response as inappropriateThank you. We appreciate your input.
This response is the subjective opinion of the management representative and not of TripAdvisor LLC
MalawiMike2014
Lilongwe, Malawi
4813
Reviewed 24 August 2019
A pleasant experience

Set in a stunning location on Pemba Beach, perfect if you need an overnight on the way to the islands. Bigger than the kind of hotel I would normally stay in but the rooms are luxurious and comfortable with Air Con, the wifi is fast, the food is good and the staff friendly. The Spa is excellent… I had 2 massages they were soo good;-). A nice stopover on route to the islands.

We thank you for staying at Avani Pemba Beach Hotel and for sending your comments about your stay. We are happy that you enjoyed your stay with us.

We look forward to welcoming you back in the near future.

Report response as inappropriateThank you. We appreciate your input.
This response is the subjective opinion of the management representative and not of TripAdvisor LLC
View more reviews
PreviousNext
123…
<script type='text/javascript' crossorigin='anonymous' async onerror='__scriptLoadError(this,true);' src='https://static.ta