Agoda.com
Trip.com
Prices are the average nightly price provided by our partners and may not include all taxes and fees. Taxes and fees that are shown are estimates only. Please see our partners for more details.
_L6781CW
1

I want to say thanks to the SPA center. I was really surprised with a good massage and very good service. Especially I would like to say thank you to Khadib and Hanna (girls do wonderful massage), Ibragim and Badaway (choose good relaxing program with a pleasure price)More

Dear Valued Guest,
Warm greetings from Concorde El Salam Hotel Cairo, we would like to thank you for taking the time to rate us following to your visit to our hotel. We are looking forward to welcoming you back .
Sakina AKKA
Guest Services Manager.

Report response as inappropriateThank you. We appreciate your input.
This response is the subjective opinion of the management representative and not of TripAdvisor LLC
See all 691 reviews
Nearby Hotels 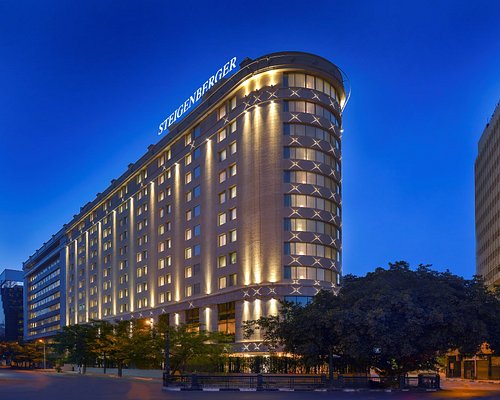 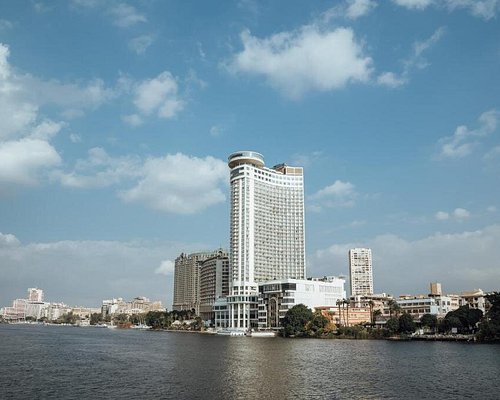 Expedia
View Deal
Free cancellation
Pay up to 12X
Booking.com
US$30
Hotels.com
US$41
Trip.com
US$37
View all 5 deals from US$30
826 reviews
15.3 km from Concorde El Salam Hotel Cairo by Royal Tulip

Our stay was so comfortable with a special thanks to Ahmed. The hotel as an unique luxury look, the swimming pool water was amazing, the breakfast that we ordered in the room was very good, the restaurants in the resort offers a vast diversity of very tasty food. Overall an amazing experience.

Dear Valuable Guest,
Warm greetings from Concorde El Salam Hotel Cairo and thank you for sharing your valuable feedback following to your stay.
We are delighted to know that we have managed to meet your expectations.
We are looking forward to welcoming you back whenever your travels bring you back to the city.
Sakina AKKA
Guest Services Manager"

Report response as inappropriateThank you. We appreciate your input.
This response is the subjective opinion of the management representative and not of TripAdvisor LLC
gasser90
Roseau, Dominica
4339
Reviewed 19 December 2020 via mobile
Pleasant Stay

We had a pleasant. The check in was so smooth. Front desk staff were very kind and friendly. All our requests were accommodated. We had dinner at the pool restaurant and the grilled chicken was so juicy that it just melts in mouth. We had in-room breakfast which was average as hash brownies came cold and so did the sausage. Bakery was fresh though. Location is superb and the hotel was very well secured. Definitely a place that I would like to stay in again.

On the behalf of Concorde El Salam Hotel Team, we would like to thank you for the above kind words and taking the time to share your nice feedback regarding to your stay at our hotel with Tripadvisor readers.

We are delighted to know that you have enjoyed the hotel services and quality of food. we are continuously striving to meet and exceed our guest’s expectations and your feedback will be very motivational to continue with our efforts.

We are looking forward to welcoming you again at Concorde El Salam Hotel – Cairo.

Report response as inappropriateThank you. We appreciate your input.
This response is the subjective opinion of the management representative and not of TripAdvisor LLC
8migles
2
Reviewed 8 November 2020
Very pleasurable stay

We stayed in Concorde El Salam, last week for originally 5 nights then extended to 10 nights!!

Breakfast is great and loads of choices, big thanks to Chef Islam Mr Ayman and all food and beverage team.

Restaurant & bars all over the place with fantastic menus, the Italian pizza is exactly like in Italy!! Highly recommend to try, Abu Auaf Restaurant is out of this world with fresh food and excellent service. Big thanks to Mohamed Mussad and the team.

The pool is very spacious, clean and with great team looking after the guests.

What a professional funny bar manager Mr Mohamed!! He Looks like actor (Ahmed Helmy) he made me and my family very happy with his high skill communication!

Big thanks to Sudiq and assistant Mohamed.

A big thanks to Mr Simon Penhaligan for his high quality hospitality sense and all team spirit he is putting in to his staff in which it shows the professionality of everyone involved.

Dear Valued Guest,
Thank you for taking the time to express your feedback regarding your stay at Concorde El Salam Hotel Cairo.
We are glad to hear that you have enjoyed your experience in our Hotel; we are proud of our staff who takes extra steps in letting our guests feel like home and providing the best comfort possible for them. Certainly your feedback will be very motivational for them to continue with their efforts.
We are looking forward to welcoming you back whenever your travels bring you back to the city.
Sakina AKKA
Guest Services Manager

Report response as inappropriateThank you. We appreciate your input.
This response is the subjective opinion of the management representative and not of TripAdvisor LLC
Sara_ghaly
Egypt
31
Reviewed 14 June 2020 via mobile
Burn case

Its one of the worset stay ever, i think the picture is clear enough my sister is burned from the chlorine in the pool
She is burned till now & she is taking cortisone
I will not recommend although the staff is helpful
My reservation was last monday under the name of Mrs Enas Nader

Thank you for taking the time to express your feedback regarding your stay at Concorde El Salam Hotel Cairo.
We have read with great concern your comments regarding the pool but let me assure you that we have checked the level of chlorine used in our pool after your complaint, and actually it was respecting the norms approved by the ministry of Health who make regular checks on the hotel to make sure we are following their norms and standards especially after the COVID crisis the world is suffering from nowadays.
Also it is worth noting that the pool was used by other guests and children and we didn't receive any other complaints regarding that issue during the period of your stay.
We are for sure sorry for the inconvenience and we do hope to have the chance to hosting you again at Concorde El Salam Hotel Cairo.
Sakina AKKA
Guest Services Manager

Report response as inappropriateThank you. We appreciate your input.
This response is the subjective opinion of the management representative and not of TripAdvisor LLC
DEK_29
Brisbane, Australia
5531061
Reviewed 7 April 2020
3 out of 5 rating for food, cleaning, baggage and shuttle staff only

Oh! where to start. I booked this hotel through Booking,com as our last night in Egypt after our 2 week vacation. I choose this hotel on the basis that it was close to the airport and the reviews on Tripadvisor. I was mistaken.

Firstly, we were met by the shuttle driver at the airport which was a good sign. However, when we got to the hotel, that's when the trouble started. i went to reception to sign in and was told that I needed to go to see someone else across the room. We were informed that they I needed to show them a credit card as my pre-payment through booking.com had not come through. I never had any other trouble with my other bookings in Egypt. I has used Expedia. The 'receptionist' or whatever her classification said Booking.com doesn't give direct payment. i believed that it had gone through but i would check when we got home. We paid by card for our room for 3 persons. That took 2 hours.

We went to our room and found 2 double beds and a camping cot/trundle bed. Being 1.9 metres tall, I couldn't fit in any of the beds. We abandoned any idea of using the camp cot. My wife and I tried one bed and couldn't fit as we wanted her cousin to have the other. The room smelled of garbage and was rank. I rang reception on the floor were on; yes, that makes it three reception areas. Confused yet, I was. We were told that the room as it was it made for three people. I disagreed and showed online photographs to prove my point. Thankfully, we talked to a receptionist on our floor who knew what she was doing. That was another hour gone. we ended up with two rooms away from each other where there was maintenance going on (painting of walls).. Having moved from one room to two, we had our new rooms made up. The cleaning staff were very nice and helpful.

Luckily, for us we went to the Italiano Restaurant and had a very nice lunch. We decided not to go to City Stars as we were tried after a 3 hour reception hassle. In the morning, we had a delicious breakfast at the Cafe Jardin restaurant.

We did a little shopping in the hotel, especially the souvenir shop.

Next morning while checking out, I was asked if we used anything out of the minibar, I said we had one 600ml bottle of water. I was told what the price was and I couldn't believe it. i said that it was a rip off. I will not elaborate on the price that they wanted to charge.

As we were leaving, a representative came to talk to me just as I was about to leave on the shuttle, I spoke with the lady and asked why was it that she was talking to me now and not when I asked to see someone from management yesterday. She said she would investigate.

Generally, I would avoid ever going back to this hotel as I found most of the reception staff to be incompetent and rude. As for management, they mustn't care about guests. As a member of many loyalty programs, I must say that I was not treated well as a Royal Tulip membership holder. As outlined in the title, 3 out of 5 for the food, cleaning, baggage and shuttle staff only

Dear Valued Guest,
Thank you for taking the time to express your feedback regarding your stay at Concorde El Salam Hotel Cairo. We have read with great concern your comments regarding your stay at the hotel and I am really distressed to learn that we didn't meet your expectations.
We apologize for the inconvenience and please rest assured that all the mentioned issues have been communicated to the concerned departments.
Please accept our sincerest apology and we do hope that if we could have the opportunity to host you again to improve your impression.Cairo.
Sakina AKKA
Guest Services Manager

Report response as inappropriateThank you. We appreciate your input.
This response is the subjective opinion of the management representative and not of TripAdvisor LLC
View more reviews
PreviousNext
12…116