US$85
View deal
Booking.com
Agoda.com
Trip.com
View all 7 deals
Prices are the average nightly price provided by our partners and may not include all taxes and fees. Taxes and fees that are shown are estimates only. Please see our partners for more details.
N8131TLcarolyns
2

Had reservations here but cancelled after viewing property

This Hotel should definitely not be a part of Rodeway Group. Front door glass was broken, trash cans overflowing before we even got inside building. Beds were terrible shape, rooms dirty. Filthy unsafe place!

Room tip: Dont stay here unless you are desperate
See all 188 reviews
Nearby Hotels 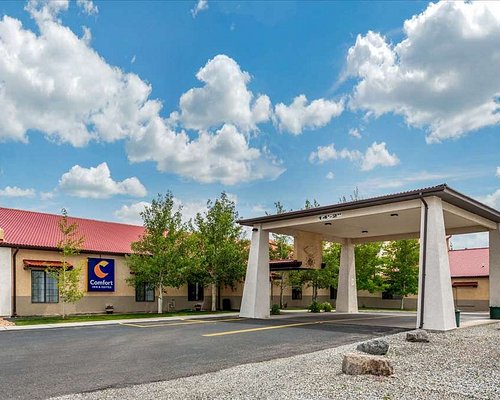 Hotels.com
View deal
Booking.com
ZenHotels.com
US$155
Expedia
View all 8 deals from US$155
736 reviews
5.3 km from Rodeway Inn
We compared the lowest prices from 8 websites 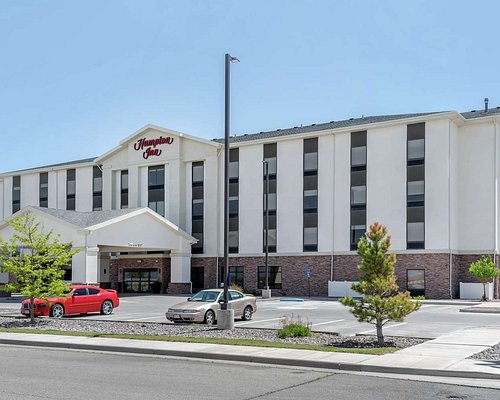 Hotels.com
View deal
Booking.com
ZenHotels.com
US$212
Expedia
View all 8 deals from US$212
718 reviews
4.7 km from Rodeway Inn
We compared the lowest prices from 8 websites

Room was filthy. Open bag of chips in the night stand, crumbs on floor, some used fabric item on floor, no remote, etc. we got our room changed & it was marginally better. We were afraid to go barefoot in the room. There was spilled leftovers on the tv stand, toilet was gross, wrappers on the floor, stains, crumbs etc. They probably only changed sheets & towels. It was late & we were tired & didn’t want to drive around looking for another place to stay. The area had undesirable street people lurking around.

The pictures on booking.com showed a bar & restaurant on the premises. They had to have been taken years ago. It is boarded up.

Room tip: Stay on the west side of town where newer hotels are.
Trip type: Travelled as a couple
Ask Lindaliz about Rodeway Inn
1  Thank Lindaliz

This review is the subjective opinion of a TripAdvisor member and not of TripAdvisor LLC
Madeline W
15
Reviewed 4 May 2021
Dirty, got what we paid for

Although we were able to book extremely last minute, we were unimpressed. The sheets were visibly stained and there were not pillowcases. Also our sink was full of water when we arrived and did not drain through our stay. Even though this was the cheapest option we could find in the area, we expected at least clean sheets.

My husband and I booked two nights at the Rodeway Inn. From what we could tell, there were no other guests in the entire hotel. When we walked to our room, the stairwell and hallway outside our room smelled so strongly of pee, that I gagged multiple times. The room was extremely dirty with trash, no toilet paper, and no towels. We initially were going to try and nap before we went out to explore, but it was so dirty that we couldn't sleep. We still intended to try and stay for at least one night. We left out the side door, and planned to ask for toilet paper and towels when we returned. We have both stayed at hotels in third world countries and thought we could just suck it up. However, we ended up finding another hotel in town and decided that there was NO way we wanted to stay at the hotel. We asked the front desk for a refund for both nights, and we were told that only the manager could authorize a refund and return in the morning. We checked out and went to a different hotel. The next day, we went back and the manager didn't even know that we had checked out. She claimed that since we didn't check out until the evening, we would only get a refund for one day. The "employees" at this hotel clearly deal drugs. I did NOT feel safe, it was run down, grungy, and disgusting, and the service is nonexistent. Don't make the same mistake that we did and give them any kind of chance. Also, they list that there is a hot tub, pool, and breakfast. They do not provide these!

This review is the subjective opinion of a TripAdvisor member and not of TripAdvisor LLC
heartofadventurer
Columbus, Ohio
2
Reviewed 28 October 2020
Delightful & much-needed stay

We stopped and stayed at the Inn for a few days to shelter in from the blizzard before we continued our road trip! The atmosphere was cozy and warm, the room was very affordable and there was free hot coffee every morning! The front desk manager, Alicia, is very welcoming and always accommodating. The rest of the staff we encountered were down to earth and very hospitable. This place has everything you need out of an inexpensive roadside stay. I would absolutely stay here again!

This review is the subjective opinion of a TripAdvisor member and not of TripAdvisor LLC
alingo22
1
Reviewed 8 October 2020 via mobile
Wouldn't force my dog to stay here...

The only good thing about our stay was the guy working the front desk, he was very pleasant. On the way to the room, the hotel wreaked of Marijuana. There were cat toys and a food bowel in the hallway. The bathroom door had a hole punched in it. There was a dirty set of latex gloves in the toilet, that obviously weren't used to clean with.. The shower had hair and dirt in it. There was food on the floor. A dark sticky substance on the lamp next to the bed... but the sheets appeared clean so bravo on that one.. I wouldn't recommend this place to my worst enemy.