Prices above are provided by partners for one room, with variable occupancy rules as provided by the property, and do not include all taxes and fees. Please see our partners for full details.
paulsD7766JL
1810

Some good, some terrible

Arrived on Monday 7th June. Very long wait (nearly 2 hours) to get our room number. Strange 'jobsworth' method of registering.
Room clean and tidy although bed very thin and uncomfortable.
Went for our first evening meal with an unexpected wait to go into restaurant /canteen of over one hour followed by wait for food when in. Food adequate but not good.
Breakfast next day was another hour wait be for being seated. Breakfast good - best meal of the day. Evening same as Monday - queue for an hour, wait when in and meal mediocre.
Generally good breakfasts for the 4 day stay but evening meals poor.
Over the 4 days we queued over 8 hours (virtually a day) which on a 4 day break was unacceptable.
Surroundings were nice and well kept. Evening entertainment was good with excellent singers (special mention of Ken - Frankie and beyond, and Josh Turner, who was brilliant).
Many guests - all friendly and pleasant - said the Sand Bay was excellent before and they had been coming for years. Good, plentiful food, staff excellent (not our experience - bluecoats were good but management left a lot to be desired. All complaints were net with indifference and blamed on covid - which was completely invalid as there was plenty of room in restaurant BUT it was VERY poorly managed throughout our stay, which spoiled the good bits. More

Show less
Room tip: If we went again we would have the bed and breakfast (presuming they have sorted the queues), but would go out for evening meal - the dinners were not worth the queuing.
Trip type: Travelled as a couple
See all 1,630 reviews
Nearby Hotels 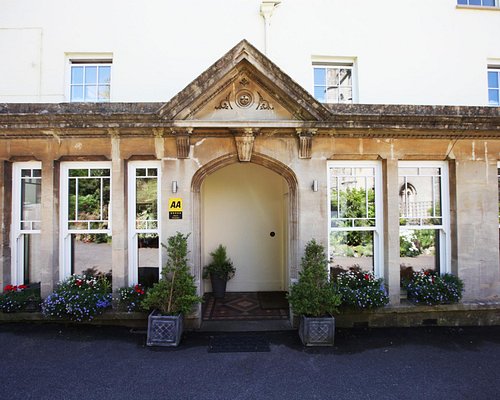 Do not go--this resort should not be open to paying customers.In fact it has nothing to offer, the pool is closed, the crazy golf/putting green is closed, the gift shop/cafe is closed, the gym is closed, the ballroom/bar opens at 5? The entertainment is non-existent--bingo and/or a film, the restaurant is disgraceful serving unpalatable cold food which has to be queued for anything up to 2 hours outside regardless of weather, toilet roll has to be signed for with security. I could go on but I imagine you have the gist by now. In short a disgrace to Pontins.

Visited this park several times and have always enjoyed. Didn't know what to expect this time with the Covid restrictions still being in place. I think the truth is that the people sitting in the big fancy office have just been greedy. They have over booked and this week the staff have been trying to deal with more guests than its possible to deal with.

So what to expect. 4 sittings for meals with table service, you fill out a menu and the staff get your food for you, but they have 4 or 5 staff trying to serve and clear up after 100+ people and they can't let others in until they have. So inevitably there are queues, rather long ones if you get a 10am sitting expect to have your breakfast around midday. They seem to cope better in the evening. Don't shout at the poor waitresses they are working as fast as they can and probably for crap wages.

The pool is closed(probably due to staffing shortages, but they have been told to say its a maintainable issue) which is unfortunate because the pool is lovely but in all my visits the opening times have been restricted.

If you're under 40 I wouldn't book all the entertainment is aimed at us oldies. Usually there is an alternative to Bingo in the back room but the option for those who don't want to play this week has been a film, to be honest if I wanted to watch a film I would have stayed at home.

The evening entertainment has been okay, there's no dancing allowed but some very good singers

The rooms are clean and tidy, check the bath/shower availability as some rooms only have a bath .

The hall has just had new carpets and chairs so a lot cleaner than they used to be. Some of the others areas still need renewing.

The gardens are lovely especially if you're lucky enough with the weather.

At the moment there is a gap between the cafe closing and the bar opening. The bar is opening at 5pm which is ridiculous in my opinion. In the bar you hold up a sign to get table service. Lots have moaned about this but the alternative is standing g in a queue at the bar for 20mins I prefer to sit at my table and have the friendly bar staff come to me.

Overall I've had a lovely week for a very reasonable price, I do think the big nuts have made very poor decisions which I will take up with them but you couldn't ask for friendlier staff who are happy to help with your questions so be nice to them, they are over worked and underpaid.

This review is the subjective opinion of a TripAdvisor member and not of TripAdvisor LLC
garyoQ2988GD
11
Reviewed 10 June 2021 via mobile
STAY AWAY.

We had stayed here once before & although very basic, it's saving grace was plenty of food & entertainment. This time, well, you must queue in a non-socially distanced queue for at least half an hour to have your meal which you have to choose beforehand. Very little choice of meal & lukewarm at best. There is 1 staff member on the door that shows you to your table while the other 200 people queue outside in the ballroom. You are then served what you ticked on a form earlier from the tiny choice. On the second night we were there, they informed us that they didn't have what we ordered (meatballs & pasta), so there were 2 other choices! The English breakfast was cold & the sausages were made of reheated cardboard. You can have a plastic cup of squash if you're thirsty. It was the same choice of 2 desserts 3 nights running. Pontins must be saving an absolute fortune on food compared to the usual "all you can eat" buffet.
The entertainment comprised of bingo.. Just bingo, & even that was cancelled in the afternoon. £10 for a book of tickets!. If you fancied a pint, you have to hold a "I'm thirsty" sign in the air for the waiters to see & come & serve you, but there weren't enough waiters, so you would have to wait anything up to 20 minutes, by which time you give up. The room wasn't as clean as you would expect either.
This place just should not have re-opened. It isn't ready, has poorly thought out systems & no staff to implement them. We, & many others left early in disgust. Avoid people. Spend your well deserved break elsewhere!

This review is the subjective opinion of a TripAdvisor member and not of TripAdvisor LLC
E3185AVdenisew
Birmingham, United Kingdom
12
Reviewed 10 June 2021 via mobile
Pleasant

Considering we are in a pandemic sand bay village coped as well as could be expected, our room was clean and comfy , yes there were waiting times for food as its table service and the breakfasts were better than the evening meal, the staff were all lovely bar a notorious sourpuss on reception, she does let the side down badly but the lady manager was very good. The location is very pretty with a massive beach on the doorstep and a fish n chip shop down the road, onsite entertainment was good and its having a lick of paint and new chairs in the ballroom, they were my only complaint lol awful things they were.oh and the fact the pool is only open on saturday but we had a fab weekend , lucky with the weather and i would return but my husband prefers a caravan as he is fussy about his food and he didnt eat much apart from toast!

Accommodation was fine but the catering was dismal to say the least I did the pre-menu on arrival because we stayed half-board, and I stated I had coeliac‘s disease they said they can accommodate me and they didn’t at all, Half the time the food came out cold and not what I wanted and smothered in baked beans they didn’t even how much food and when served and they run out of sausages and they couldn’t even tell me if it was gluten-free or not when it came to the food , and for the attitude of staff is awful and I will go as far as saying confrontational I believe they did it to wind me up some more as I did not bite because I was that upset by that point, the experience was so stressful and I left a day early and the other customers also encountered small portions cold food burnt food and long waiting times, I like to add commendation is fine for people on low budgets but for food is very poor standard and the staff had no knowledge of what they were serving and what the food consisted of, if you’ve got a food intolerance or allergies or coeliac‘s disease I would be very careful, and I would go as far to say go self catering.