There were 3 of us for dinner in these strange times. We all went for the 34€ menu , I started with the marinated raw sea bass. I was a little disappointed with this because the description said with ginger and I could detect no trace. Next I had pig cheeks in a local beer sauce, which was served in a small casserole with lots of peas , cauliflower ,potatoes and yellow carrots. This was really good with lovely tender slow cooked meat. For wine we a bottle of rosé Magali which had the right flavour for me. to finish off I had the pavlova which was a meringue dish filled with fruit and whipped cream and was really good. Service was very friendly and efficient, even though it was a full house(socially distanced of course). Everyone in the group enjoyed their meal and the atmosphere. 130€ for three.More 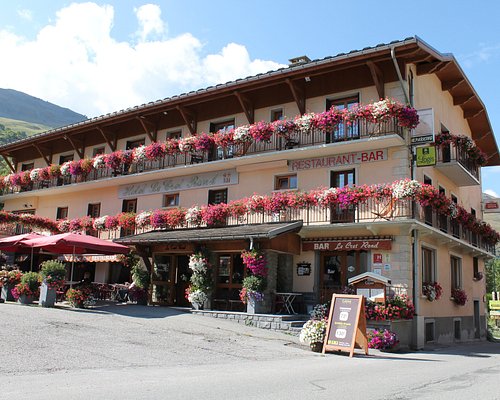 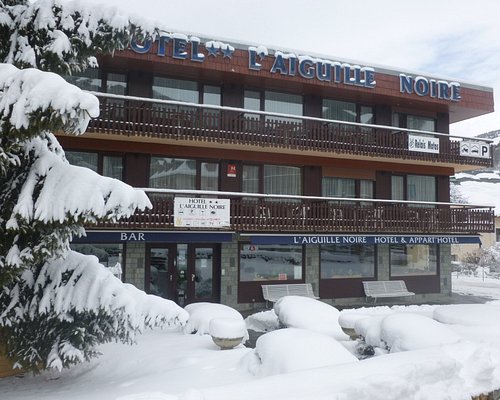 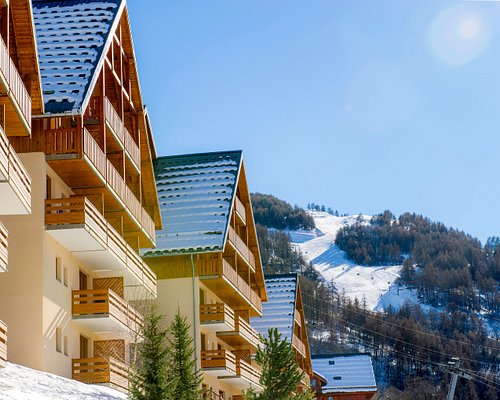 We were so warmly welcomed upon arriving - at a rather late hour for a couple on bicycles. Within minutes, we had our bikes stored and were up in our room. The great service continued throughout our short, but pleasant stay during dinner and breakfast. Great family run feeling, good rooms, good food.
L'accueil que nous avons reçu était vraiment exceptionnel. Je me sentais tellement bien bienvenue dans l'établissement et que nous étions des clients importants. C'est un sentiment extraordinaire pour un client - bravo! C'était bien apprécié

This review is the subjective opinion of a TripAdvisor member and not of TripAdvisor LLC
John G
Beauvais, France
18857
Reviewed 5 August 2016 via mobile
Good Food & Efficient Service

We decided to try here because it has been some time since we ate here despite visiting Valloire in summer and winter for the last eight years.
I had raw trout and grapefruit salad for starter followed by pork chop with cabbage and quinoa and to finish off rhubarb compote with white chocolate ice cream.
All were very good. My son was a bit disappointed with his tagine.
The restaurant manageress proposed a very pleasant and reasonably priced wine.
153€ for 4 people- 3 course menu plus wine and coffee was good value.
The restaurant had been renovated since our last visit and had a very nice ambiance to it.
The service was excellent.

This review is the subjective opinion of a TripAdvisor member and not of TripAdvisor LLC
MK01London
London
31
Reviewed 9 September 2015
Nice hotel, pity about the stroppy hostess

Nicely refurbished hotel and restaurant with a slightly more dated bar on the side. The rooms are lovely, albeit small, with modern bathrooms and nice showers. Every member of staff we dealt with was a pleasure with one exception - the lady d'hote - who was just weird. We seemed to be too much trouble for her despite being pretty easy guests. My latest (polite) request for a wifi code was met with an imperceptible nod and a moue of displeasure; she waltzed off to help another client then returned to supply my wifi code without a word. Um, look up "hospitality", it's the industry you work in but you don't seem to understand it.
Dinner good but a bit expensive - go to l'Entrepot over the road for a warm welcome and great food.

This review is the subjective opinion of a TripAdvisor member and not of TripAdvisor LLC
914kerryg
Builth Wells, United Kingdom
4631
Reviewed 1 August 2015 via mobile
Restaurant

This review is the subjective opinion of a TripAdvisor member and not of TripAdvisor LLC
motohigh
San Francisco
216138
Reviewed 9 July 2015
Decent hotel, slightly deceptive practice

To judge a hotel on the room alone...and ultimately this is the most important part of a hotel...the Christiana Hotel's guest room is a 4 in any city and a 5 here in Valloire. I was put off by slightly deceptive practices. I arrived by motorcycle and was grabbed by their sign out front, saying "Garage Motos Vellos" (Garage for motorcycles and bicycles) and rooms for 70 Euro. When I checked in, they told me the room was 85 Euro. When I protested based on the sign, they said 70 was without breakfast. When I asked where to park the bike, they said to put it behind the hotel. When I found no garage there, they said I should just leave it behind the building and it would be safe. And it was, but that is not what they put on the sign that lured me in. Most visitors to Valloire are likely to be in shape, given that it is a community for skiing, bicycling, and motorcycling, so the climb up to a room on the 3rd floor (4th floor by American count) should not be a problem, but for the weary traveler it is a bit much. Again, great room, and I wish they had not posted a deceptive sign because I could not wash that taste from my mouth.

Room tip: 22 has a great view if you wish to climb 3 flights of stairs
Ask motohigh about Christiania Hotel
Thank motohigh

Report response as inappropriateThank you. We appreciate your input.
This response is the subjective opinion of the management representative and not of TripAdvisor LLC
View more reviews
PreviousNext
123…40
<script type='text/javascript' crossorigin='anonymous' async onerror='__scriptLoadError(this,true);' src='https://static.tacdn.com/assets/HDgDKt.09a3