Agoda.com
FindHotel
Trip.com
View all 8 deals
Prices are the average nightly price provided by our partners and may not include all taxes and fees. Taxes and fees that are shown are estimates only. Please see our partners for more details.
Patvat1
Saint-Denis, Reunion Island
755298

very nice place near the sea

See all 819 reviews
Nearby Hotels 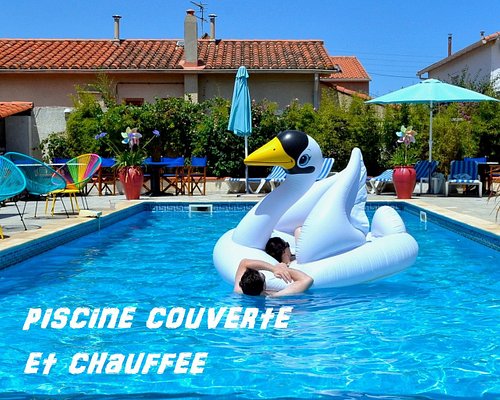 Top Rated
Le Galion
US$190
Tripadvisor
View deal
Free cancellation
Pay up to 12X
Hotels.com
Booking.com
US$190
Expedia
US$190
View all 8 deals from US$190
276 reviews
1.6 km from Grand Hotel des Flamants Roses
We compared the lowest prices from 8 websites we stayed a couple off nights in may , its a great hotel , with great staff, the spa is good .we could not fault a single thing ,rooms good, great views .the breakfast is a little pricey but its superb and worth the extra ,the pastry section at breakfast is like a high class bakery !!!!!! .all the staff we encountered where happy to help . i would add that Agatha in the restaurant made our meals a real treat even with our poor french ,her english was really helpful , and carlos at breakfast and behind the bar always a smile and great service . well done hotel flamants roses .

This review is the subjective opinion of a Tripadvisor member and not of TripAdvisor LLC.
Norwegian425
Trondheim, Norway
286117
Reviewed 6 March 2018
A very fine hotel

This is a very fine hotel in every aspect. Very friendly and effective staff. The standard of the hotel is excellent. The rooms are spacoius and well equipped. The breakfast is plentiful and of high quality. The restaurant is of high standard. We really enjoyed our stay at this hotel.

This review is the subjective opinion of a Tripadvisor member and not of TripAdvisor LLC.
queribus
Andover, United Kingdom
198103
Reviewed 4 August 2017 via mobile
An organisation really shows its worth when things go wrong - not sure this one did very well

Having booked an apartment in October 2016 for July 2017, we arrived to find that there was no apartment for us. They had the booking but had, presumably, given to accommodation to someone else and the rest of the place was full. We were originally offered two separate rooms in the hotel - not exactly the family holiday we had in mind. But being hot, tired and in need of somewhere to sleep we agreed for one night only to consider our options.

Once in the rooms, we discovered that one of their suites was available. When we pointed this out, we were moved, somewhat reluctantly. We then moved rooms two more times before finally being settled in a suite. We were offered breakfast for 10 euros, rather than 19 euros a head, and the mini bar was free with a top up everyday (but I only found this out from the website not from the staff).

At least we had somewhere to sleep and to enjoy the beach, but we had booked an apartment to self cater for most meals. In the hotel we couldn't prepare meals or drinks, so we were significantly out of pocket. We weren't offered any meals at the hotel.

The hotel itself is very nice - we've stayed there many times before - but we specifically booked an apartment to do more of a 'please yourself' holiday. We are glad that the hotel were able to honour our booking (of sorts) - althouhg it really was the least they could do! - and we paid the daily rate for the apartment, rather than the suite, but we still left early. We did not not manage to get to the bottom of how our booking went 'missing', and we won't be taking the risk again.

This review is the subjective opinion of a Tripadvisor member and not of TripAdvisor LLC.
roger h
Guildford, United Kingdom
203100
Reviewed 9 June 2017
First class hotel and spa

The hotel is comfortable and modern, in a good location to explore the region. We have stayed for a few days most years for the last ten or so. This year, we first booked an apartment in the sister/neighbour block of serviced holiday apartments. It was half the cost, but not what we wanted. With minimum fuss, we were allowed to cancel that and book in to two rooms (a party of friends) instead. Staff are always friendly, helpful and efficient.

This review is the subjective opinion of a Tripadvisor member and not of TripAdvisor LLC.
JonShack
2234
Reviewed 31 March 2017
Very Relaxing Place

Great location, great views and EXCELLENT food. Very relaxing place and right on the beach. Room was fantastic with ocean views and a nice balcony. The restaurant is a MUST. The food was inspiring and excellent quality

This review is the subjective opinion of a Tripadvisor member and not of TripAdvisor LLC.
View more reviews
PreviousNext
1234…
<script type='text/javascript' crossorigin='anonymous' async onerror='__scriptLoadError(this,true);