Hotels.com
Booking.com
Expedia
View all 9 deals
Prices are the average nightly price provided by our partners and may not include all taxes and fees. Taxes and fees that are shown are estimates only. Please see our partners for more details.
67deank
Pittsburgh, Pennsylvania
3347

I stay all over the world and this one of the nicest Boutiques I have ever stayed... the rooms are amazing and the breakfast was over the top...the host is very attentive and always a text or email away to help with the city or transportation needs...
5 star.... excellent....

Room tip: Canal room is the quietest. The biggest room on upper floor is awesome
See all 122 reviews
Nearby Hotels 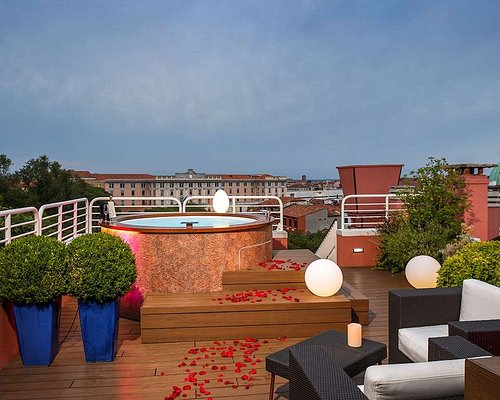 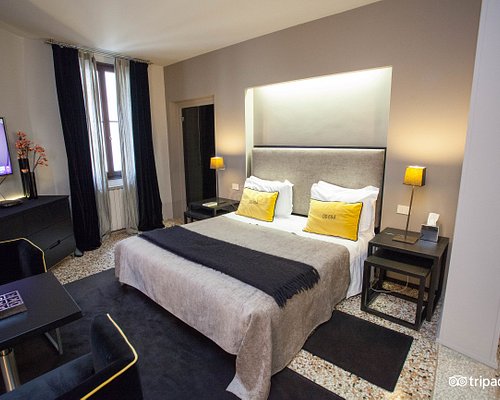 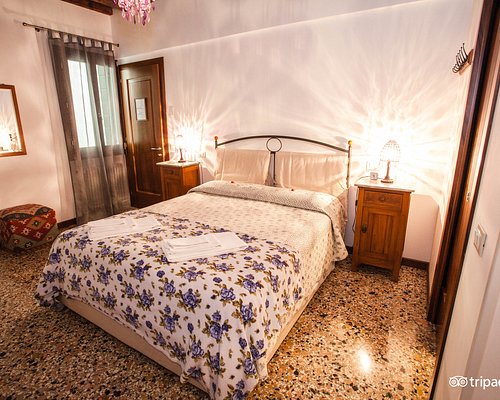 After a long train ride from Rome, it is very frustrating to realize that the room is not ready yet. We are having to sit and wait outside in the cold. The hotel's official check in time is 2:30 pm and the time i am writing this is 3:30 now.
I cannot comment on anything else but my first impression on them is pretty bad. I am going to update this review as necessary.

This review is the subjective opinion of a Tripadvisor member and not of TripAdvisor LLC.
Dave B
Manchester, United Kingdom
468181
Reviewed 3 October 2019
Amazing hotel

Had a fabulous time here,wonderful room,breakfast served in your room was just great,good central position, everything was within walking distance,staff fantastic nothing was too much trouble, really lovely atmosphere, will definitely go back again, wonderful experience ,thanks for a wonderful visit..

Room tip: Views of the canal.
Ask Dave B about Liassidi Wellness Suites
Thank Dave B

This review is the subjective opinion of a Tripadvisor member and not of TripAdvisor LLC.
Andywong668
Calgary, Canada
1113
Reviewed 17 August 2019
Must visit

The hotel was amazing, it was very intimiate with only 5 rooms. The staff are very polite and happy to help you with everything you need. Sauna and steam shower in the room are a plus. Would definetly reccomend this hotel if you are on your honeymoon.

This review is the subjective opinion of a Tripadvisor member and not of TripAdvisor LLC.
u2tours
Dublin, Ireland
4645
Reviewed 22 May 2019
Excellent Place

Nice Italian quietness without cars or mopeds outside!!!!

This review is the subjective opinion of a Tripadvisor member and not of TripAdvisor LLC.
rorym137
Nottingham, United Kingdom
1422
Reviewed 23 April 2019 via mobile
“Your review won’t impact our great reputation”

Found the hotel via their great reviews, but unfortunately for us the experience wasn’t the best. First day we had a broken air con system, this was reported on the Friday and still wasn’t fixed by check out on Monday. Due to not having any air con we slept with the window open and got bitten by mosquitoes, we would have appreciated a warning about this, we also had to ask for spray and a plug in to help with this problem, to my surprise they had both items on site, so why we had to ask for these just wasn’t good enough. Also staff were smoking in the entrance (right underneath our bedroom window) which caused our room to smell of cigarette smoke - not ideal but the window was kept open due to the air con issue! We did obviously shut the morning after we were bitten. On the final night we asked for a fan because we were uncomfortably warm due to no air con.

The hotel is, however, in a great location most of the staff were pleasant apart from one at check out. Breakfast was also good. The hotel is done out beautifully and couldn’t fault it from that point of view.

Upon check out we were given a small bill which I refused to pay because I felt this should have been waived or covered by the hotel due to our issues. The guy couldn’t understand that having no air con for our whole trip was an issue?

My problem wasn’t the hotel, but it was them having no accountability for the air con issue. I totally understand that things do and can go wrong, but it’s how they’re dealt with. I shouldn’t have to ask for mosquito spray, a fan and be expected to pay a small bill on check out - that’s the least you should have done. The final straw was when I was told that my review wouldn’t impact their reputation, LET ME BE CLEAR I don’t want to impact your reputation but I do hope that you take this as an honest and constructive review, ultimately to improve on how to deal with customers when things do go wrong, if I was dealt with in the correct manner I would have been more drawn to giving you a better rating.