US$140
Free cancellation until 18/12/21
Reserve now, pay at stay
View deal
Booking.comUS$141
FindHotelUS$141
ExpediaUS$140
Agoda.comUS$140
ZenHotels.comUS$140
TripadvisorUS$140
View all 9 deals
Prices are the average nightly price provided by our partners and may not include all taxes and fees. Taxes and fees that are shown are estimates only. Please see our partners for more details.
ssajid137048
Kitchener, Canada
1

Review collected in partnership with this hotel
This business uses tools provided by Tripadvisor (or one of its official Review Collection Partners) to encourage and collect guest reviews, including this one.
See all 1,338 reviews
Nearby Hotels 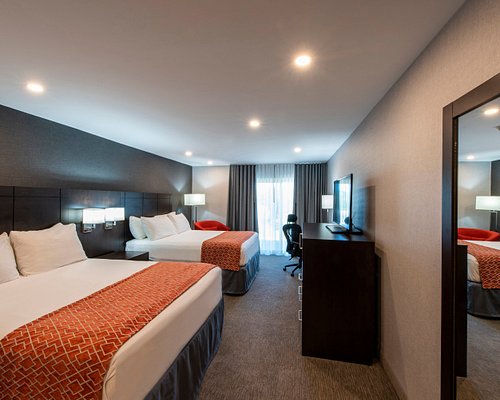 Georgian Bay Hotel Trademark Collection by Wyndham
US$218
Tripadvisor
View deal
Pay up to 12X
Hotels.com
Booking.com
US$219
Expedia
US$218
View all 8 deals from US$218
620 reviews
2.8 km from Days Inn & Suites by Wyndham Collingwood 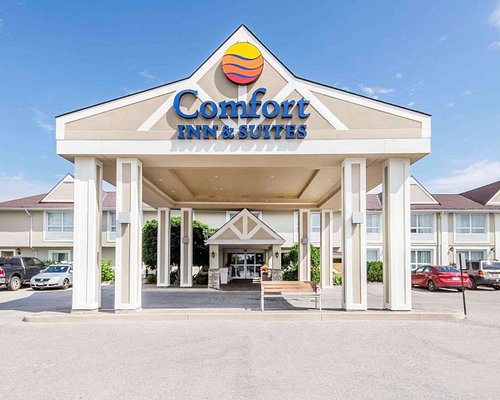 Hotels.com
View deal
Booking.com
US$114
FindHotel
US$121
Agoda.com
US$121
View all 6 deals from US$114
85 reviews
0.3 km from Days Inn & Suites by Wyndham Collingwood
We compared the lowest prices from 6 websites
Breakfast included
Holiday Inn Express & Suites Collingwood, an IHG hotel

Taking safety measures
We compared the lowest prices from 8 websites
Sponsored
Georgian Bay Hotel Trademark Collection by Wyndham
US$218
Tripadvisor
View deal
Pay up to 12X
Hotels.com
Booking.com
US$219
Expedia
US$218
View all 8 deals from US$218
620 reviews

Stayed for four nights while on business in Collingwood. Hotel was super clean and they worked hard to ensure everyone was safe as they could be during the pandemic. Location is central to everything in Collingwood, and easy access in and out of the parking lot.

This review is the subjective opinion of a Tripadvisor member and not of TripAdvisor LLC.
Alison C
1
Reviewed 30 December 2020
1st Time and Emergency Overnight Stay

Very friendly staff, clean space, and very convenient space as it is next to a Walmart, Metro, and Circle K. Appreciated the paper bag breakfast, but it is only available from 6-10am. Most amenities are available.

Review collected in partnership with this hotel
This business uses tools provided by Tripadvisor (or one of its official Review Collection Partners) to encourage and collect guest reviews, including this one.
Ask Alison C about Days Inn & Suites by Wyndham Collingwood
Thank Alison C

This review is the subjective opinion of a Tripadvisor member and not of TripAdvisor LLC.
8ps7
Bolton, Canada
14796
Reviewed 24 December 2020 via mobile
Central to Collingwood and very clean rooms and protocols in place

Required to wear masks throughout the grounds. Walking distance to Metro and Tim hortons. Had a king sized bed and room was very spacious and clean. Wifi-given a code. No more continental breakfast but was provided a snack bag with: a bottle of water, a bowl and a package of oatmeal and a granola bar.

This review is the subjective opinion of a Tripadvisor member and not of TripAdvisor LLC.
CanuckTraveller07
Toronto, Canada
78112
Reviewed 2 November 2020
Perfect!

I can see why this hotel is currently TripAdvisor’s #1 hotel in Collingwood - having stayed here recently for two nights, I certainly support this rating.

We were lucky enough to get a corner suite on the top floor of the hotel, so it was very quiet. The suite had an extremely comfortable king-size bed, a couch that made into a double bed, a fireplace and a small kitchen with fridge, microwave and sink. As a bonus, there was an enormous Jacuzzi in the bathroom.

The staff here were exceptional, especially the friendly and efficient woman at Reception who checked us in (I regret I did not get a name). All the hotel staff we dealt with during our stay were amazing and made us feel very welcome.

The hotel was spotlessly clean. There was no housekeeping during our stay due to current COVID restrictions, but we were advised of this upon check-in (Housekeeping will not enter the room if guests are present). They did come in, though, at one point during our stay (while we were out) and refreshed the towels.

The hotel is ideally positioned in terms of access to restaurants – there are so many to choose from on nearby First Street/Highway 26, and there is a Metro food store just across from the hotel.

The only negative thing I can think to mention was the WiFi – absolutely awful! It kept dropping and disconnecting; very unstable.

All in all, though, an excellent visit… we’ll definitely be back!

This review is the subjective opinion of a Tripadvisor member and not of TripAdvisor LLC.
monikakQ8217RK
Toronto, Canada
21
Reviewed 26 October 2020
Bed Bugs Infestation

I stayed @ the Days Inn on Sept 23rd for one night. Unfortunately it took me all this time to get through the aftermath nightmare and find some time to add a comment here. During my stay there, I got bitten 98 TIMES by BED BUGS! I initially thought that those were mosquito bites but after my return home, I knew that something wasn't right. I felt very dizzy, drowsy, couldn't stop sneezing and the itchiness was absolutely insane. In efforts to find some remedy, I went to Shoppers and spoke with a pharmacist, who informed me that I was bitten by BEG BITES! Imagine a shock of someone, who had never seen nor been bitten by a bed bug in her life! That's when my nightmare began - removal of bedding, clothes, bags, shoes, jackets and towels, etc. from my house.

I reached out to the hotel 2 days later and they admitted that after an inspection they were able to find bed bugs. I was compensated for the cost of the room, but the hotel refused to cover any additional expenses related to this incident. As a matter of fact, they positioned their response as if I brought those insects with me, what was the most insulting comment I could have received! Shame on you, Days Inn!

Now, about 3 weeks later, I have had my house sprayed by pest control (waiting for the 2nd spray on Oct 19th), I replaced all my bedding and washed every piece of my wardrobe. It took an enormous amount of discomfort, time and effort, not to mention the cost.

The bites are almost gone, but I have purpulish after-bite marks all over my skin.

Everyone has a choice, but I will never stay in this place again. I just want to warn everyone. Travelers, don't make the same mistake that I did and ALWAYS check those mattresses no matter what the reviews say.

Dear Monika, I would like you to know that we take these matters very seriously at our hotel. Our housekeeping staff is trained to look for signs of bed bugs and we also have pest control come into our location on a regular basis for inspection and preventative procedures. We have multiple preventative measures in place to protect our guests and staff. Prior to your stay there was no findings by our staff and no reports from any previous guest. After your departure, our housekeeper finds 2 live bugs and immediately sealed the room for professional inspection. The inspection by a pest control company have found no evidence of an infestation, as it stated in their official report. When there is no infestation, the only way bugs are in present when a guest brought it in to our hotel. If you have been bitten 98 times at our hotel by 2 bugs (what is physically impossible), you would have told our staff immediately, but you contacted our hotel only 2 days later which indicates that your home had an infestation prior to your arrival at our hotel and I’m very sorry that you find this fact insulting. We have always taken responsibility if we find our staff or the hotel in general has fallen short on our duties and responsibilities to our guests, but we do not find that to be the case in this matter.

Report response as inappropriateThank you. We appreciate your input.
This response is the subjective opinion of the management representative and not of TripAdvisor LLC
View more reviews
PreviousNext
1…345…