Expedia
Booking.com
ZenHotels.comUS$179
View all 8 deals
Prices are the average nightly price provided by our partners and may not include all taxes and fees. Taxes and fees that are shown are estimates only. Please see our partners for more details.
mt0var
6

See all 63 reviews
Nearby Hotels 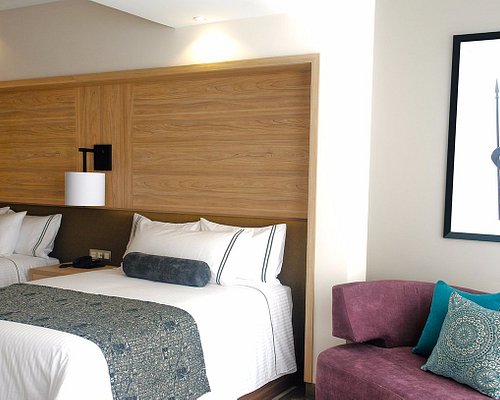 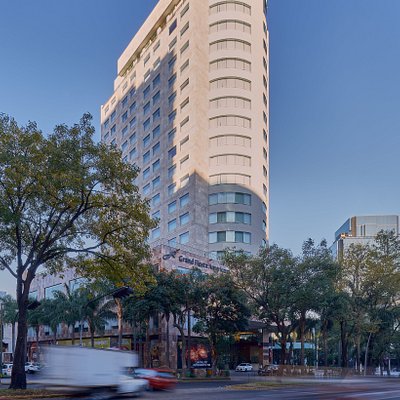 We stayed here two nights with my husband and found it really confortable and relaxing. The room was clean and it had everything we needed. It's not a luxurious hotel, but it's enough if you are travelling on a budget. The only thing I would ask to improve is the WiFi internet, because I couldn't access to the network from our room. The breakfast at the restaurant was good and the service and attention of the staff were also good.

This review is the subjective opinion of a Tripadvisor member and not of TripAdvisor LLC.
Thomas B
Brighton, United Kingdom
126
Reviewed 29 August 2016
Good location. Good overall experience.

I stayed in this hotel for a work conference in February 2016. During the two weeks I was here I stayed in two different rooms, and ate several times in the restaurant. We also used the conference facilities for several days.

The hotel has a good location for getting around Guadalajara. Quite a few restaurants and general facilities are accessible even by foot, if the mood takes you.

The rooms were spacious and clean, as were the en-suite bathrooms.

The on-site restaurant was average. The meals were filling, but a little pricey for what you got. I ate there more than I would have liked, mostly because the company had some credit from the conference booking. I would recommend rather just taking a stroll to a nearby restaurant instead.

The breakfast buffet, though, was decent, with a nice variety of cooked food and your usual cold breakfast fare. I generally enjoyed this, especially as the waiting staff were quite attentive and friendly.

The wifi in the hotel was unreliable. In one of the rooms I stayed in, the reception died just past the room door, so I had to hang out in the bar area or the landing to do any work.

The staff at reception were friendly, but generally only spoke Spanish. Be prepared if your Spanish isn't that great.

For a business hotel, the business centre wasn't that great. I had a lot of trouble trying to print a few documents for a presentation.

Overall I'd probably stay here again if I was travelling for work. But I'd go somewhere with a bit more ambience if I was there for a holiday.

This review is the subjective opinion of a Tripadvisor member and not of TripAdvisor LLC.
P9688PIdavidp
Ciudad Obregon, Mexico
115
Reviewed 14 February 2015
Excelent price to quality ratio

This review is the subjective opinion of a Tripadvisor member and not of TripAdvisor LLC.
Google Translation

Report response as inappropriateThank you. We appreciate your input.
This response is the subjective opinion of the management representative and not of TripAdvisor LLC
Leticia Jaramil... K
Texas
4218
Reviewed 20 September 2014
great location, great service

Great hotel, location is very convenient and service was great. Restaurant is remarkably good.
Spacious rooms and comfortable. The access to the parking is kind of narrow, but it is good that it has free parking

Thanks for your comment, it is very important to Us.
We hope to see on your next visit to this beautiful city.

Report response as inappropriateThank you. We appreciate your input.
This response is the subjective opinion of the management representative and not of TripAdvisor LLC
786marcov
Valle de Juárez, Jalisco, Mexico
161160
Reviewed 3 weeks ago via mobile
Google Translation
Trip type: Travelled with family
Ask 786marcov about Hostalia Hotel Expo & Business Class
This review is the subjective opinion of a Tripadvisor member and not of TripAdvisor LLC.
View more reviews
PreviousNext
12…
<script type='text/javascript' crossori