Given the location of this hotel, we expected nothing more than basic standard of service. But it turned out to be a very pleasant stay, one of the best in our trip. Although room looks a bit dated but it is very clean, with well-stocked amenities. Staff are very all friendly, helpful and speak good English. Dinner and breakfast were fantastic, with rich selection. We could really feel the level of service dedication. The autumn leaves were all gone by the time we got there but the scenery was no less fantastic. The colors of green and yellow on the plain are equally beautiful. Make sure you book a room facing the highland cos it is where you can view the sea of cloud, the city of Toyama and the starry sky right from your window.More

Thank you for the high review.
Our hotel has been over 20 years since it was rebuilt. It's getting a little old, but we're cleaning it up to make sure it's comfortable.

If you have a chance, please come back next time you have a snow season. I think you will enjoy a completely different landscape.

Report response as inappropriateThank you. We appreciate your input.
This response is the subjective opinion of the management representative and not of TripAdvisor LLC
See all 122 reviews
Nearby Hotels 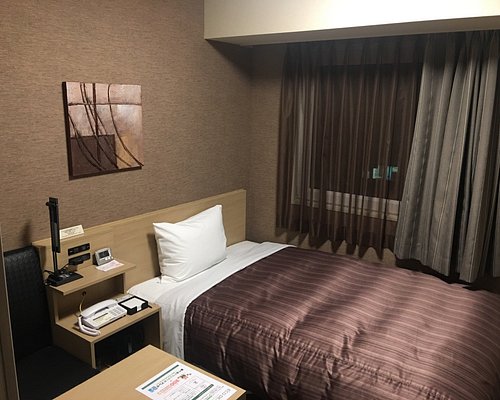 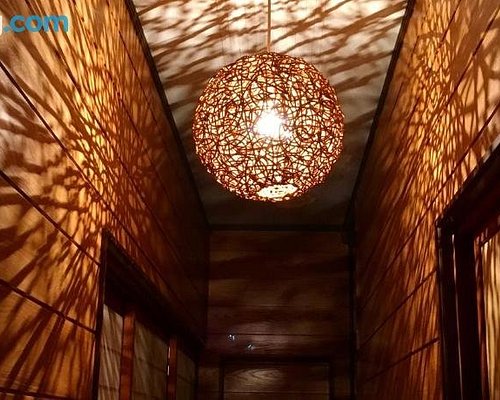 We loved this alpine area in autumn, and the baths while extremely simple had great views of the valley (and toasty hot water). The meals were a let down for the price, however, and were only average. A hotel brochure did say they prepare some food at a lower altitude location to reduce the environmental impact.

Thank you so much for the review.
The food changes with the seasons, so be sure to come back for a different season if you get the chance.

Report response as inappropriateThank you. We appreciate your input.
This response is the subjective opinion of the management representative and not of TripAdvisor LLC
Iceshadow
Singapore, Singapore
5350
Reviewed 28 July 2019
Sea of Clouds

One of a handful of hotels on Mount Tateyama on the Toyama side of the Alpine Route. It was a choice of this or Hotel Tateyama when I was making our hotel bookings almost 5 months before my trip. We had initially intended to stay at Hotel Tateyama as a matter of convenience, but I am glad that we had to go with Midagahara instead.

If your starting point is Toyama, make sure you get the schedule for all your connecting modes of transport. Because you will need to make sure you don't miss the last vehicle (whichever it is) that takes you to the hotel. Especially if you are intending to stop at each station along the way to take in the sights.

The Tateyama Highland bus from Bijodaira has several stops along the way, one of which is the Midagahara stop. Make sure to hit the bell button when the stop is announced, though the bus almost always stops there because of the wetlands boardwalk.

We arrived slightly before the check-in time, however as it was 'low season' the room was ready and waiting for us. The hotel staff were very helpful with the check in and made sure to check with us on our dietary restrictions. The central attraction of Midagahara are the wetlands with their 2 walking paths and the caldera and the walking path that leads up to it. Unfortunately on the day that we arrived the rain clouds had rolled in so we couldn't see any further than 100 m ahead of us.

The caldera path is across from the hotel, which if you aren't too sure where the path starts, you can ask staff who are stationed at the hut which functions as the bus station of sorts. To get down to the wetland path turn right as you exit the hotel and follow the path down and around the hotel.

The hotel has a free wetlands tour on a daily basis, it is however only conducted in Japanese, which on a clear day would not be much of an issue because you can choose to wander the 2 paths by yourselves, however as mentioned the rain clouds had rolled in so we could barely see anything.

The hotel also has a onsen/sento which on a clear day faces the wetlands and is probably very relaxing and contemplative if I could see the wetlands.

The weather did clear up the next day and the view from my room, which faced the wetlands was stunning to say the least, please note that the rooms do not come with air-conditioning and the hotel does inform you that if you find the room a little stuffy, do open the windows to allow air to circulate, which we did, this also meant that you could hear all the birds chirping in the morning.

The hotel also arranges your onward transport when checking in so as to guarantee that you have a seat on the scheduled bus that goes between Bijodaira and Murodo Station. As a guest of the hotel, if you are going onward to Murodo, there is no need to walk to the main road where the bus stop/hut is, the bus will turn into the driveway to pick you up.

While I agree with some that the hotel is expensive, you don't exactly have a choice unless you intend to whirlwind yourself over the alpine route in a day. I personally felt that the stopover was warranted and allowed for a much needed break which allowed us to take a more relaxed journey.

Be warned though, if you are only stopping at Midagahara so as to wander the boardwalk, do book your onward bus journey with the staff at the bus stop. The last bus is around 5 pm so you do not want to miss it, especially if you do not have a booking to stay at Midagahara.

This review is the subjective opinion of a TripAdvisor member and not of TripAdvisor LLC
569indrac
Jakarta, Indonesia
1912
Reviewed 5 June 2019 via mobile
Full service stay

We paid $350-400 for 2 adults to stay a night, which is quite expensive. However, I think it was all worth the price as it includes a full course high quality Japanese dinner and buffet breakfast, and of course the view of a winter in summer.

Would consider coming back here in the future.

This review is the subjective opinion of a TripAdvisor member and not of TripAdvisor LLC
bella w
Singapore, Singapore
5151
Reviewed 5 June 2019 via mobile
Awesome scenic view

Nice quiet area up in the Alpine route, jus before heading to Murodo.
Fantastic mouth opening scenic view,cannot stop enough appreciating right before my eyes.
Though when we arrived ,it's was a wet n cloudy day . The hotel was of good value well kept . The onsen outside view was so refreshing, especially when the clouds clear on n off. Rooms was comfortable ,but strongly think they should increase their thin tatami,which would be greatful n more comfy nits,especially it can be very chilly at nit.
Food was great n filling... Thanks to the reception n especially to restaurant staff ( Ms. Yamasaki) was brilliant n impeccable service. Her detailed explanation of kaiseki food served . Next morning was also greeted again by her. Kudos Ms Yamasaki! Midahagara is well recommended along the alpine route...great stopover n appreciating the mountain alpine n nature .
We travelled so far ....no need to rush along jus to finish the day trip,can be texting n regretful.

This review is the subjective opinion of a TripAdvisor member and not of TripAdvisor LLC
maggieysl
Subang Jaya, Malaysia
107
Reviewed 24 April 2019 via mobile
Great View and Excellent Services

We were their first batch guests in year 2019 when the Tateyama Kurobe route is open to public at 15 April 2019.
That day the bus from Bijodara to Murodo was actually closed due to snow storm at 14 Apr. But the hotel specially arrange 2 buses to pick up guests whom having booking from Bijodaira. They even arrange hotel staff to meet us at Tateyama Station, and guide us to hotel. We were so impress with their caring services.
They were also well prepared with snow shoes for us and guide us for snow tracking in the evening. We enjoy that so much!
Dinner and breakfast were superb!
Room is big and comfortable!
Onzen bath with snow mountain view also another attractive point to us!