Yumoto Niseko Prince Hotel Hirafutei
Yumoto Niseko Prince Hotel Hirafutei
Lowest prices for your stay
Lock in the lowest price from these sites
US$200
US$158
View deal
ExpediaUS$200
Hotels.comUS$200
Agoda.comUS$173
FindHotelUS$165
eDreamsUS$158
Trip.com
View all 9 deals
Prices are the average nightly price provided by our partners and may not include all taxes and fees. Taxes and fees that are shown are estimates only. Please see our partners for more details.
J P
Japan
223

Key Highlights of the stay at this rustic and cozy hotel
- Staff very friendly and accommodating
- EXELLENT Location: within walking minutes of the Hirafu Base Station (Lift ticket, rentals, etc.); various restaurants/convenience store/retail within minutes access along Hirafu-zaka; comfortable bed and pillow = very nice sleep; ONSEN; Hotel-to-Gelande Access and within seconds from the Family Gelande Ticket station and lift; various views of Hirafu Mtn and Yotei-san

See all 241 reviews
Nearby Hotels 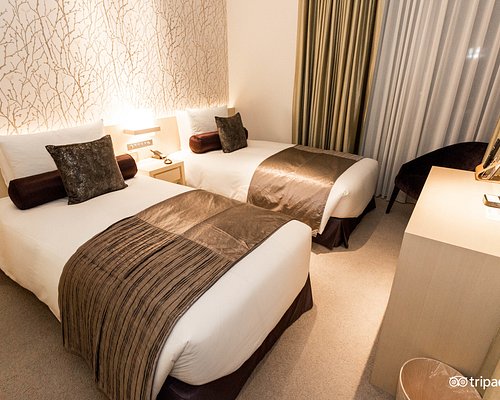 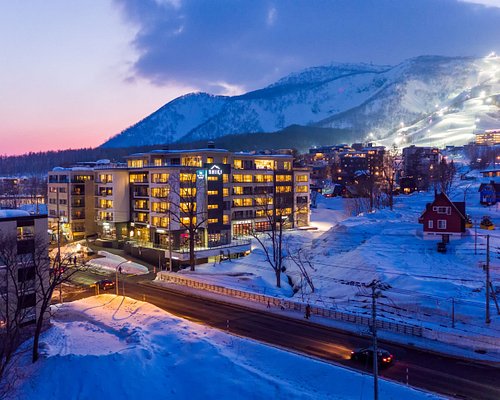 The hotel is old, but some rooms are renovated. Take care, that you get those rooms, because the old ones are just horrible.
There is a big onsen inside and outside, with a sauna.
The breakfast is Japanese style with a wide selection of food.
The staff is helpful, but do not expect services for laundry etc.

This review is the subjective opinion of a Tripadvisor member and not of TripAdvisor LLC.
862cindyb
Yokohama, Japan
2831
Reviewed 15 February 2020 via mobile
Excellent Service and Great Ski-In Ski-out Location

My husband and I recently spent 5 nights at the Prince Hirafutei. The staff were all very friendly and helpful. In particular, I left an article in our room when we checked out, and Kato-san went well out of his way to ship the article to me at our hotel in Sapporo. The onsen was spacious with multiple bath options and clean, well equipped locker rooms. The location is very convenient for ski-in and ski-out. The exterior of the building looks a little ‘tired’, but I would not hesitate to stay there again given the very positive attitude of the staff and the great location.

This review is the subjective opinion of a Tripadvisor member and not of TripAdvisor LLC.
Wilson8866
Singapore, Singapore
1324
Reviewed 1 February 2020 via mobile
One of the best stay for skiing

Before arrival, we spoken to a staff to ensure availability and a quiet room.

When we arrived, we were warmly greeted by the same staff that recognized my voice. Impressive!

It was a last minute booking as the accommodation we previously booked was so horrible that we were forced to leave almost immediately without a place to stay.

To our very pleasant surprise, Niseko Price is a ski-in/out hotel and even has a ski equipment rental shop, nice restaurant, souvenir shop, tour desk and a charming bar.

Our room is very clean and quiet and has a beautiful view of the ski slope - a nice bonus.

The staff are always very polite and helpful. They provided all kinds of useful information even though a few of them did not speak English very well.

This hotel is just besides the ski slopes and very convenient for beginner & intermediate skiers.

Did I mention onsen? This hotel has a decent onsen facility and is free for hotel guests. It’s good for the muscles after a day of skiing.

The outside of this hotel is rather unassuming, but its interior, especially the rooms are great.

All in all a fabulous stay which greatly enhanced our skiing experience.

This review is the subjective opinion of a Tripadvisor member and not of TripAdvisor LLC.
Melsa85
Canberra, Australia
279158
Reviewed 15 January 2020 via mobile
Used onsen during the day

Onsen is closed from 10:30am to 1:30pm but I was able to enter at 9:30am and was the only female using the facility. Baths are small but very nice, the outdoor one has an excellent view in winter.

This review is the subjective opinion of a Tripadvisor member and not of TripAdvisor LLC.
side11
Hong Kong
2823
Reviewed 21 February 2019
Return to this hotel disappointed

My family and I have been staying at this hotel now for around 8 years - we stay in early February for our annual ski trip to Niseko. Initially the hotel was friendly and we were happy with it. We have had bad experiences in the last two stays though and I doubt we will return.

First, the staff become rather aggressive if you don't comply with their rules (which I admit we breached slightly but not in any serious way - eg taking some breakfast food to our room because my wife had overslept) which I found an extraordinary way to treat someone who was such a loyal customer - it really leaves a bad taste.

Secondly, the housekeeping has become very poor - they forgot to leave water, towels, cover pillows with cases, "yukatas", tea and other things on several occasions meaning we had to call down for replacements etc. This never happened before - also the hotel has stopped refunding housekeeping costs if you decide on any day not to have your room cleaned. It did this for the last 8 years that we have been staying but not any more.

Thirdly, the rather decent onsen on the third floor has been taken over by outside guests. At peak times (say 5pm-7pm), it is full of non-hotel guests making it hard for actual guests to use all the facilities. My feeling is that this should be reserved principally for hotel guests at peak times but no doubt they are making lots of money from the outsiders....

Fourthly, although this wasn't a problem for us, our friends experienced similar inflexibility from the staff as us when they wanted to get another person to use their room. They had booked for a three or four bed room in anticipation of a friend arriving a few days after them. The hotel wanted to charge an extra Y24,000 for his stay in their room. It would have cost Y13,000 for him to have his own room (admittedly a smoking room). They will also not be returning.

Fifthly, inexplicably, the breakfast time has been shortened to close at 9am with people being asked to leave from 9:30am. It's true that this is a ski resort and people should be out on the slopes asap, but it's also true that sometimes people want a lie in when tired or if the weather is too bad to ski. This I found very very irritating.

On the plus side, the hotel is a genuine ski in ski out, just above the Family Lift. It now has improved ski rental and a decent massage section (which I didn't try). The downstairs onsen is pretty good (if it weren't full of backpackers). Many rooms have their own private onsen (but not the cold bath, sauna and genuine outdoors bath section of the downstairs onsen) as did ours but my wife used that mainly.

General comment is that I will be looking elsewhere next year.