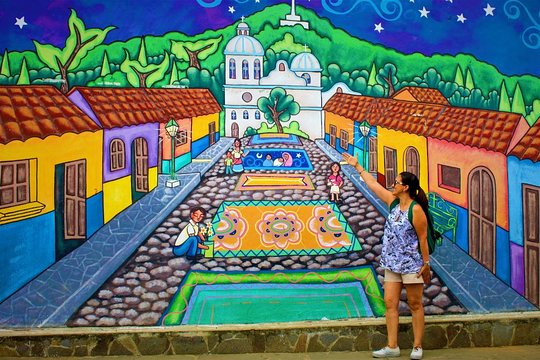 Likely To Sell Out
Select Date and Travellers
From
US$78.00
(Price varies by group size)
Date
2 travellers
Free Cancellation up to 24 hours in advance
Reserve Now & Pay Later
Low Price Guarantee
Overview
Highlights
What to Expect
The Ruta de las Flores is one of the most suitable tourist routes to know the natural, cultural and gastronomic wealth of El Salvador. The itinerary crosses two departments of the west of the country, Sonsonate and Ahuachapan, and five localities: Nahuizalco, Salcoatitan, Juayúa, Apaneca, and Ataco.

The normal is to start the Route in San Salvador. To 70 kilometers of the capital of the country, is Nahuizalco, that, in Nahuac language, means 'The four Izalcos', because its population was four times the one of the Izalco neighbor. Nahuizalco, one of the indigenous centers of the area, is famous for its handicrafts and furniture made with tulle and wicker. Another attraction is the night market illuminated exclusively with candles that is celebrated in the center of the town.

Following the Sierra high road, we arrive at Salcoatitan ('Ciudad del Quetzalcoatl', in Nahuac). This town, located just over 1,000 meters above sea level, welcomed the first coffee plantations of the country in the mid-nineteenth century. In addition to visiting craft shops similar to those of Nahuizalco, it is worth attending the gastronomic festivals that are celebrated every Sunday. There is also a tourist train that runs through the central park, the newly restored colonial church and the main streets of the city.

The next stop on the Ruta de las Flores is Juayúa ('Río de Orquídeas Moradas'). In addition to a celebrated gastronomic festival that takes place every weekend, Juayúa has great natural attractions, such as the waterfall Los Chorros de La Calera (two kilometers from the city). Apaneca ('Rio de Vientos'), with its 1,455 meters above sea level, is the highest city in El Salvador. Famous for the quality of its coffee, which is exported to the whole world,

Just five kilometers from Apaneca, you will find Ataco, a small colonial city that lives on coffee growing, textile making and religious imagery and tourism. In the surroundings of the locality there are several viewpoints that allow to contemplate the impressive landscape.

All are places of outstanding natural beauty and wealth, can enjoy a pleasant climate, coffee producers villages, fertile lands that show a colorful journey with the mixture of aromas in the area. On weekends you can enjoy the food fairs of different villages that make up this route where you will find exotic and delicious national and international dishes, you can learn many traditions and culture, developing activities such as wicker furniture and crafts, crafts made with Indigo, looms or a delicious coffee
Show More
Important Information
Departure Point
Your Hotel Location in San Salvador
Departure Time
8:30 AM
Duration
8h
Inclusions
Exclusions
Show More
Additional Info
Cancellation Policy
For a full refund, cancel at least 24 hours in advance of the start date of the experience.
5Reviews2Q&A

Write a review
Traveller rating
Traveller type
Time of year
Language
Selected filters
Popular mentions
Julia P wrote a review Nov 2019
9 contributions
Amazing Tour!!!
This tour is hands down well worth it! The guide was awesome as well. Very friendly, knowledgable, informative and went out of his way to make sure I had the best experience. The Flower Route is a great way to get to know several towns in El Salvador. You will see spectacular…
Read more
Date of experience: November 2019
Helpful
Share
John Villarreal wrote a review Nov 2019
2 contributions
Juan Jose Villarreal
It was an excellent tour with the most amazing sites and the guide. Very professional guide.My family was very satisfied with this tour.
Read more
Date of experience: November 2019
Helpful
Share
Ceci G wrote a review May 2019
Austin, Texas20 contributions1 helpful vote
One of El Salvador’s top attractions and not to be missed!🇸🇻
Another one of my favorite tours in El Salvador! Rafael, our tour guide, was phenomenal.👏🏾 We stopped at the 5 towns on The Flowers Route and opted for the hike to Los Chorros de la Calera, which were breathtaking and built up our appetite for the gastronomic food festival in…
Read more
Date of experience: May 2019
1 Helpful vote
Helpful
Share
Response from Osmaro Z, Director de Recepción at Ruta de Las Flores People volcanoes colonial towns
Responded 27 May 2019
Hello Ceci! Thank you for having considered our country as your travel destination, and to have encouraged you to know the beautiful colonial cities and archaeological richness that this land has to offer. No doubt your comment is very important for more people are encouraged to give a chance to this gem hidden in Central America. Thank you for your good comments from our work team Atentamente
Read more
100CountryMan wrote a review Dec 2018
London, United Kingdom200 contributions78 helpful votes
+1
Great Tour
This tour was amazing. Raphael was a very safe driver and comfortable car. He took us to many places and we saw 4 small towns and the waterfall. I was concerned about safety in the country but this was not an issue at all. Our driver was very polite and professional and spoke…
Read more
3 Helpful votes
Helpful
Share
Response from Osmaro Z, Director de Recepción at Ruta de Las Flores People volcanoes colonial towns
Responded 5 Jan 2019
Undoubtedly the Ruta de Las Flores is a beautiful tour full of contrasts and many surprises! Thank you for giving us the opportunity to accompany you. Undoubtedly El Salvador has a very bad press worldwide, but for people like you, who decide to give El Salvador a chance, this concept is changing. A country full of very kind people Thank you for visiting us, and for giving our country a chance! Atentamente Osmaro Zelaya
Read more
Read 1 more review on Viator
About the operator

This experience only has a few reviews, but you can read what other travellers have to say about the operator.

naoshin319
10
Excellent visit with Osmaro in El Salvador
My family and I really enjoyed this layover tour of San Salvador with Osmaro. After we landed, we were guided…
Read more 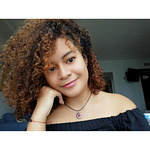 yohanya30
Panama City, Panama
297
Amazing!
It was a really amazing experience! From the beginning the staff was very friendly and attentive. I fully…
Read more

InesHavana
10
a wonderful experience
I had a lovely and interesting day with Osmaro along the Flower Route. I've seen and learned a lot and experienced…
Read more

enialuv
Atlanta, Georgia
20
Great Tour Awesome Tour Guide
This is a great tour to do on your first night in town. Osmaro was our tour guide.He was very accommodating with…
Read more

juliapC1907ZY
20
Amazing Tour!!!
This tour is hands down well worth it! The guide was awesome as well. Very friendly, knowledgable, informative and…
Read more

LuisCalderon5
10
Extraordinary experience, I highly recommend it to the entire community, mainly with this tour operator.
This tour is a very pleasant experience, the villages visited are beautiful, each with its unique style but with a…
Read more

DK_traveller
Seattle, Washington
65
Ruta de Las Flores tour and beyond - Excellent
Raphael was such a great guide. Took me about 15 mins to tune in to his “Mayan English” - once I did, could not…
Read more

AlfredoAustralia
10
Excellent tour, nicest people
We took a half day tour of San Salvador with Osmaro, and it was fantastic. We learnt so much and we saw a lot in…
Read more 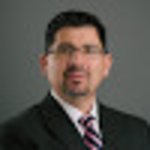 John V
10
Juan Jose Villarreal
It was an excellent tour with the most amazing sites and the guide. Very professional guide.My family was very…
Read more

LisaMurphy757
10
What an incredible experience!
My husband and I had a 20 hour layover in El Salvador. We booked a airport transfer with Eco Tours Petate. This is…
Read more

ceci222g
Austin, Texas
71
Mayan ruins, only UNESCO site in El Salvador (Joya de Ceren), lunch at one of the 10 most beautiful lakes in the world!
If you appreciate Mayan ruins, culture, and history-this is the tour for you! Our tour guide Francis was extremely…
Read more

deeemcee3000
10
What an amazing experience!
Osmaro and Eco Tours El Petate are truly superb. It was a beautiful experience to look into the crater of the…
Read more 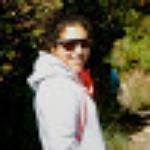